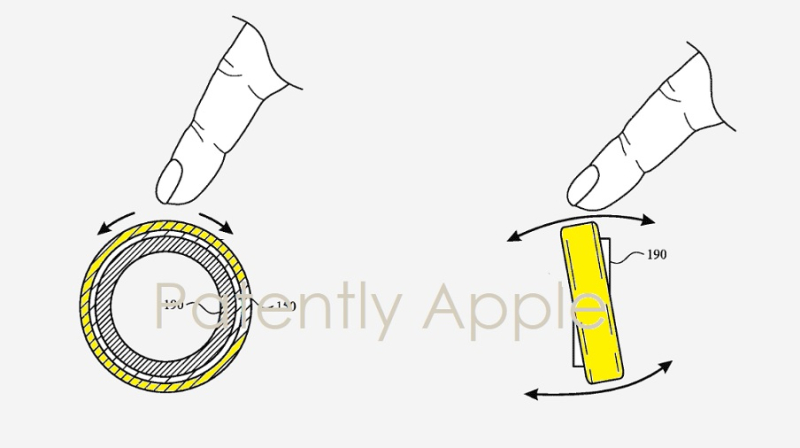 Today the US Patent & Trademark Office published a second patent application from Apple that relates to possible future smart rings. Apple illustrates different kind of ring systems including a multi-ring system and rings that work with Apple Watch. Apple believes that light weight rings will be superior input devices for their future mixed reality headset than complicated controllers that are used with devices like Oculus. The rings will also eventually work with other Apple devices such as an iMac, MacBook, AirPods, iPhone, iPad and more.

Various devices can be operated by a user with one or more of a variety of input devices that receive user inputs. The user inputs can be communicated to another device for execution of an action that corresponds to the user input. For example, a head-mountable device can be worn by a user to display visual information within the field of view of the user. The head-mountable device can be used as a virtual reality (VR) system, an augmented reality (AR) system, and/or a mixed reality (MR) system.

For example, the user can provide tactile inputs, voice commands, and other inputs while the head-mountable device is mounted to the user's head.

By providing an input device that is already worn regularly by the user, the user can enter a VR, AR, and/or MR session without requiring the additional step of donning the input devices. Accordingly, a ring input device of the present disclosure can provide a compact form factor that is also able to seamlessly allow the user to perform complex interactions without compromising the overall comfort.

Some wearable devices, such as rings, can become uncomfortable when using them for extended periods. This can lead the user to adapt by employing unnatural movements, which can lead to an overall poor user experience.

Accordingly, a ring input device of the present disclosure can be easily adjusted and provide user comfort while retaining the functions of the input device.

A ring input device can further act as a security key to unlock and control one or more other devices.

The ring input device can include biometric or other security features that allow it to operate as an identifier of the user wearing the device.

The ring input device can then communicate with other devices to allow the user to efficiently and securely interact with each of the devices.

A feedback device can further be worn by a user to provide force feedback while remaining portable and compact. Some feedback devices are bulky and require a significant amount of time for donning prior to use.

In contrast, a compact feedback device can be worn in a variety of configurations for portability, efficient deployment, and effective feedback during use. 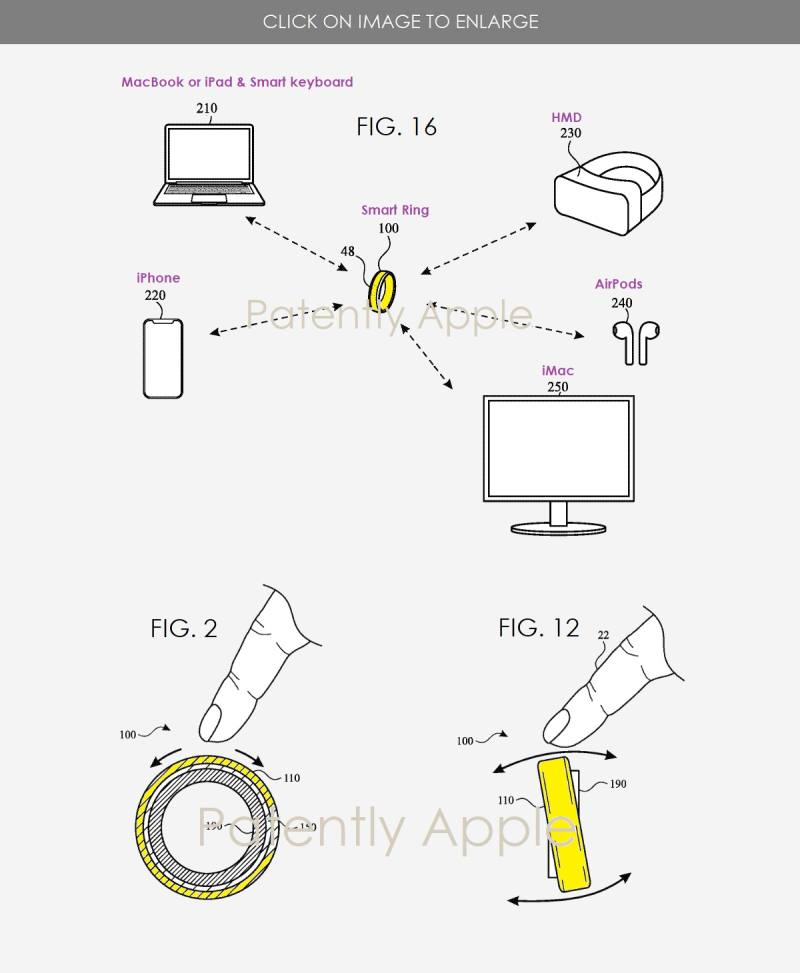 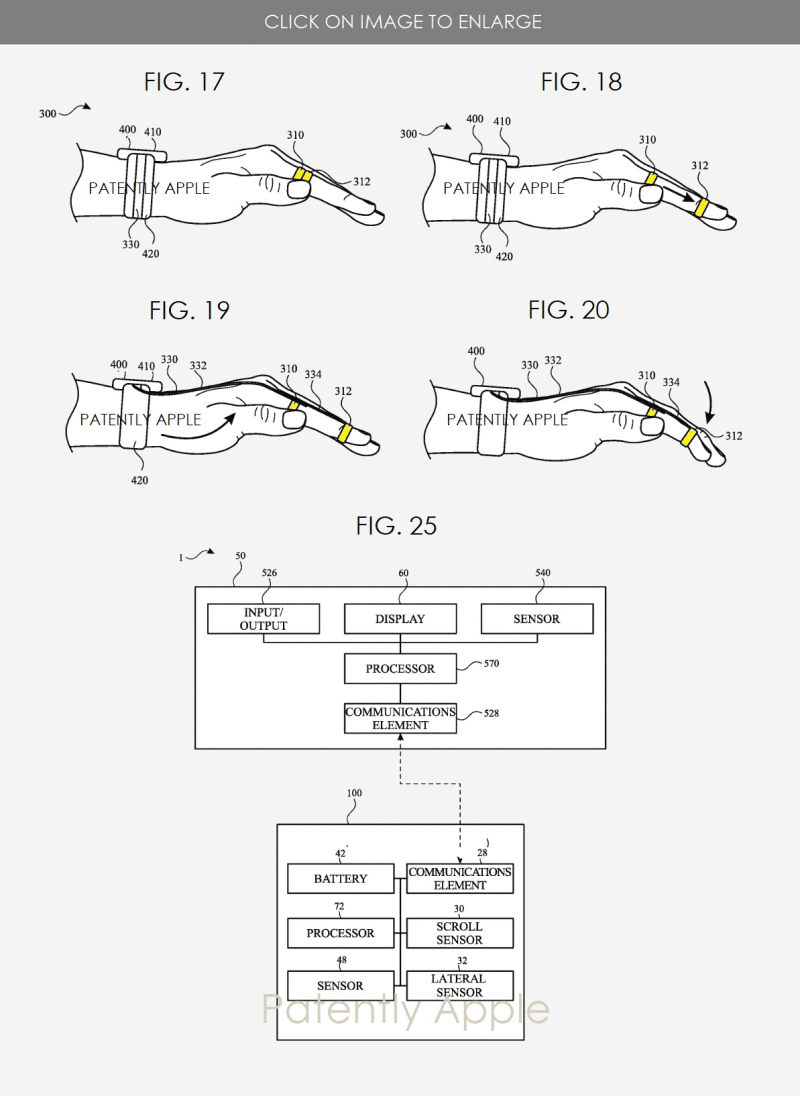 Apple's patent FIG. 19 above illustrates a side view of the feedback system of FIGS. 17 and 18 with a tensioning element attaching the watch to the pair of ring elements.

Apple's patent FIG. 20 illustrates a side view of the feedback system of FIGS. 17-19 with the tensioning element limiting movement of the finger.

Apple's patent FIG. 25 illustrates a block diagram of a system including an external device and a ring input device.

This is a very detailed patent and you could review those details by reviewing Apple's patent application number 20210096657.