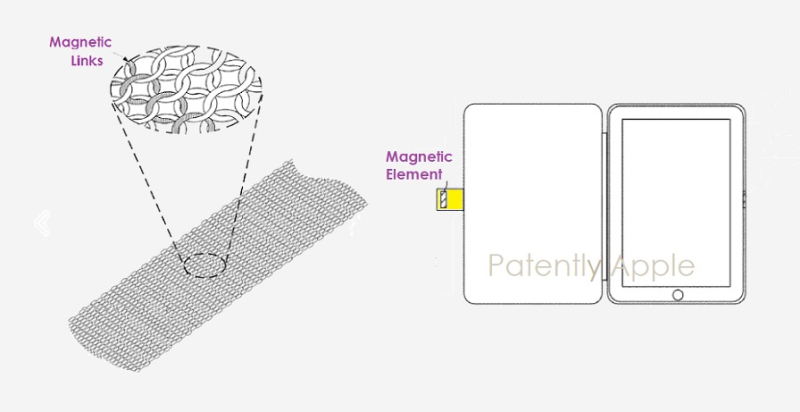 On April 15, the U.S. patent Office and the World Intellectual Property Organization published a patent application from Apple that relates to magnetic attachment apparatuses that could be used as part of an accessory such as an Apple Watch band, iPad cover and more.

In Apple's background they note that generally, straps or bands may be attached to a variety of items for use in carrying the items (e.g., hand strap or luggage strap), strapping them to another item or a person's body (e.g., arm band), or a plurality of other uses. However, conventional straps may require a mechanical connection to fixedly attach the strap to an item, and may not offer easy personal adjustments to length and other attributes. Furthermore, the mechanical connections may be difficult to use making it difficult to remove or replace the strap. 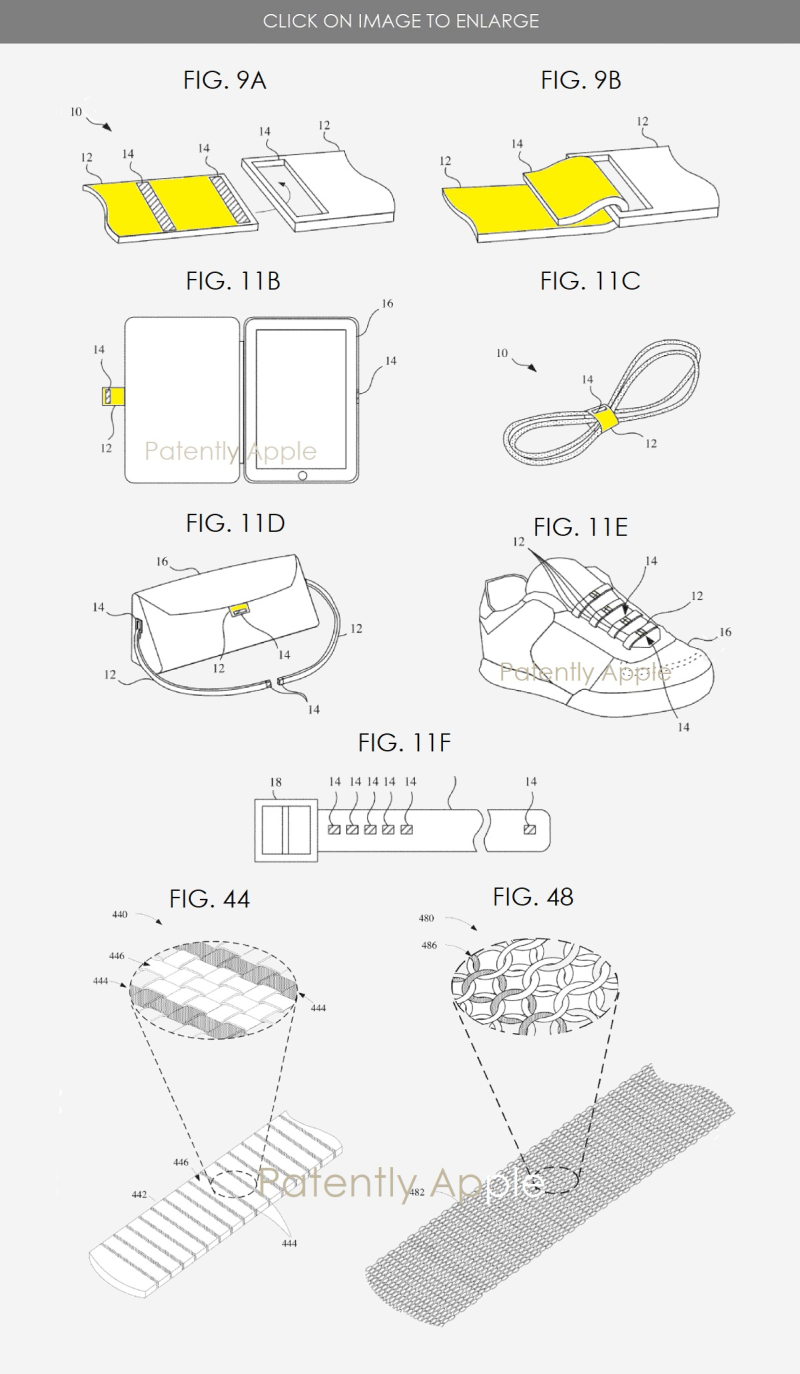 Apple has already used this patent in respect to Apple's patent FIG. 44 and 48 which are Apple Watch bands Leather Loop Silver Milanese Loop.

For those interested in diving into the details of Apple's continuation patent application number 20210108660, click here. The patent was also filed in Europe here. Apple was granted this patent back in February 2021. In-part, this is a patent fulfilled.

Only time will tell if Apple decides to bring this feature to a future iPad cover as noted in patent FIG. 11B above. Apple could also license their technology to apparel companies in respect to purses and athletic runners presented in the patent figures above.