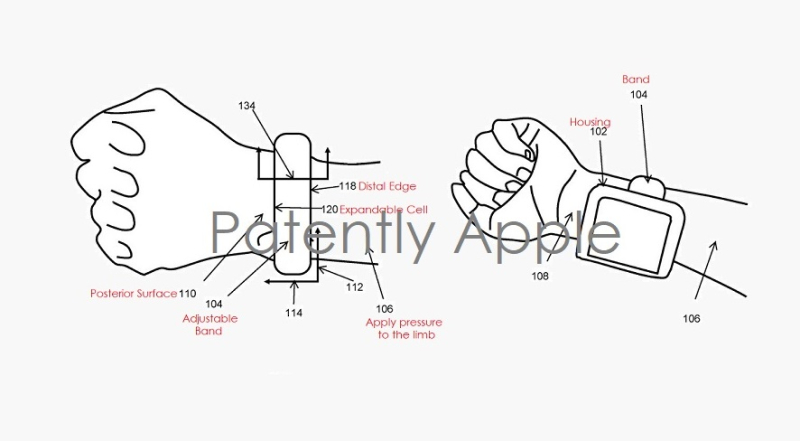 In 2019 Apple's CEO stated that Apple's greatest contribution will be about health. More specifically, Cook stated in a CNBC interview that “We are taking what has been with the institution and empowering the individual to manage their health. And we’re just at the front end of this. But I do think, looking back, in the future, you will answer that question: Apple’s most important contribution to mankind has been in health.”

One of the ongoing health projects at Apple has centered around the taking of blood pressure. Patently Apple has covered this subject in a number of patent reports here: 01, 02, 03 and 04. All of the previous patents have covered simple wrist-based solutions including Apple Watch and various other inflatable cuffs. Our cover graphic presented above is from our 2018 report (01).

In Apple's patent background they note that heart disease and stroke may account for 1 in 3 deaths in the United States. Blood pressure can be measured and monitored using a blood pressure cuff, or one of a plurality of other methods and instruments available to patients.

In some examples, a baseline model can be constructed by training the model with SMG data and blood pressure measurement from a plurality of subjects. One or more filters (e.g., the filters in the top layer of the network) can be ranked by separability, which can be used to prune the model for each unseen user that uses the model thereafter, for example.

In some examples, the unseen user can provide the baseline model with a set of SMG data and blood pressure measurements and the mean absolute error of the predicted blood pressure can be evaluated for a plurality of runs using the model with an increasing number of filters ranked by separability.

In some examples, including low-separability filters in the model can decrease the accuracy of the model. Therefore, the model can be pruned to include the optimal number of filters ranked by separability for each individual, for example. In some examples, the individual can use the pruned model to calculate blood pressure using SMG data without corresponding blood pressure measurements.

According to a paper posted by ScienceDirect, "Seismocardiogram (SCG) is the measure of the micro-vibrations produced by the heart contraction and blood ejection into the vascular tree. Over time, a large body of evidence has been collected on the ability of SCG to reflect cardiac mechanical events such as opening and closure of mitral and aortic valves, atrial filling and point of maximal aortic blood ejection." You could read more on this here. 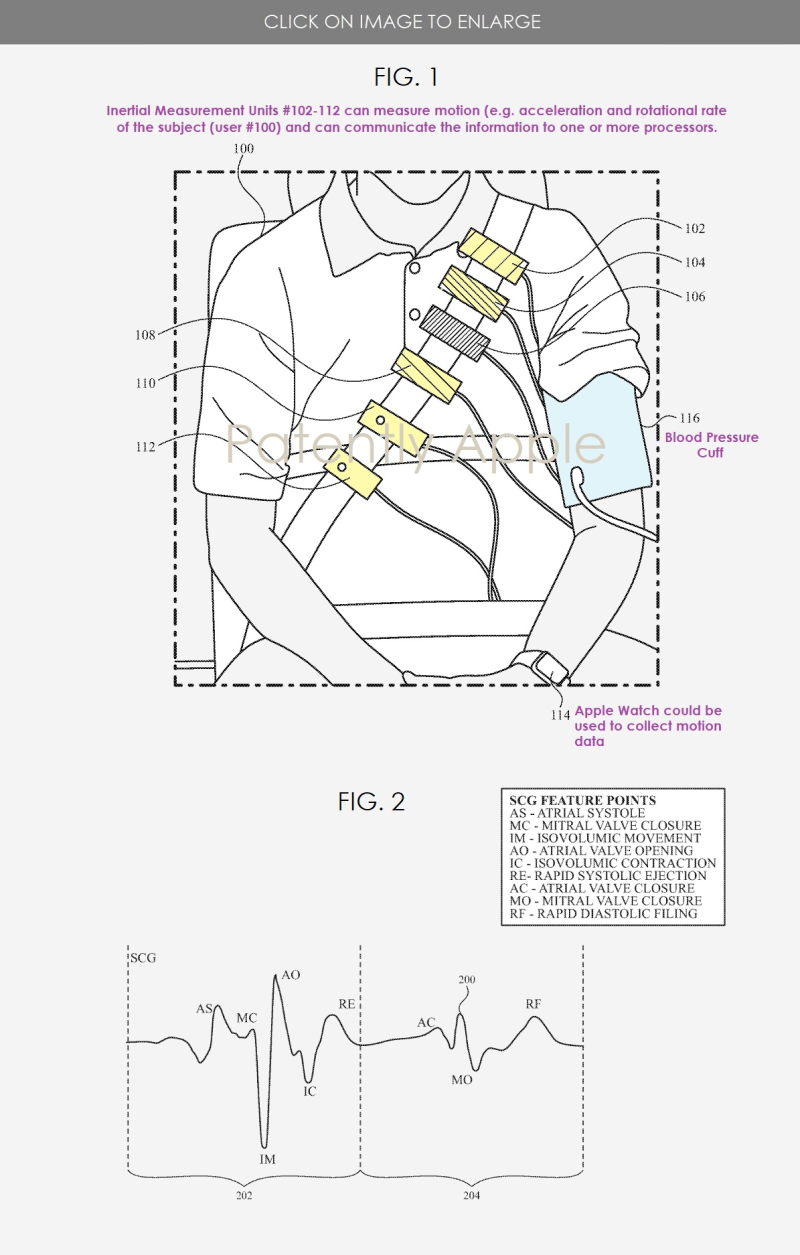 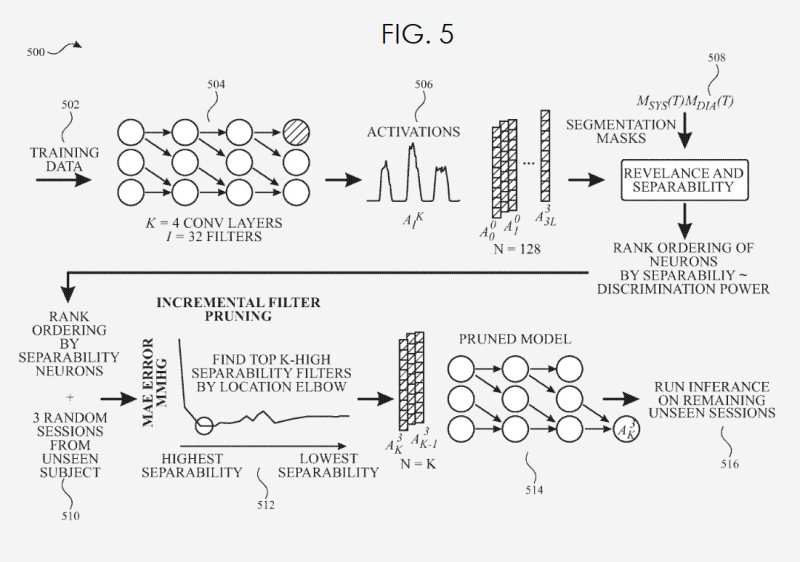 For more details, review Apple's patent application number 20210117782 that was published today by the U.S. Patent Office. The patent was originally filed in Q3 2020.