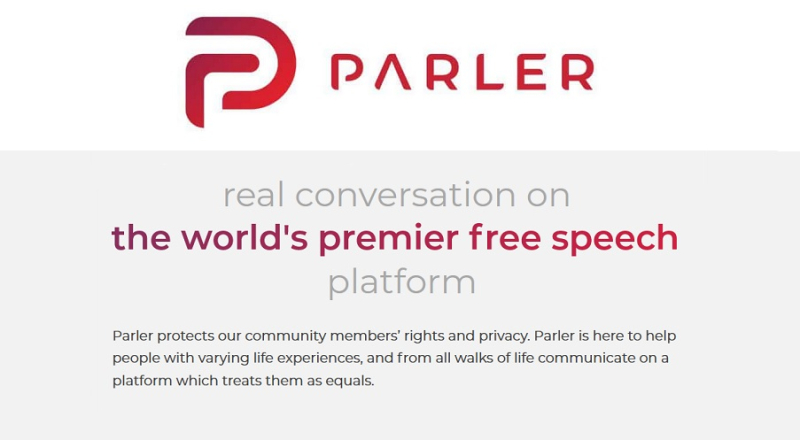 It's being reported this morning on CNN that Apple has approved Parler's return to the iOS app store following improvements the social media company made to better detect and moderate hate speech and incitement, according to a letter the iPhone maker sent to Congress on Monday.

The decision clears the way for Parler, an app popular with conservatives, to be downloaded once again on Apple devices.

The letter — addressed to Sen. Mike Lee and Rep. Ken Buck and obtained by CNN — explained that since the app was removed from Apple's platform in January for violations of its policies, Parler "has proposed updates to its app and the app's content moderation practices."

On April 14, Apple's app review team told Parler that its proposed changes were sufficient, the letter continued. Now, all Parler needs to do is to flip the switch.

Parler, an alternative to Facebook and Twitter that bills itself as a haven for free speech, was removed from major tech platforms in early January following the US Capitol riots of Jan. 6.

In Monday's letter, Apple said its decision to remove Parler from its app store was "an independent decision" and that Apple "did not coordinate or otherwise consult with Google or Amazon with respect to that decision." For more, read the full CNN report.

Republican Senator Mike Lee, to which Apple sent a letter to on this issue of Parler, is the ranking member on the Subcommittee on Competition Policy, Antitrust, and Consumer Rights, the same Subcommittee that will be questioning Apple's Chief Compliance Officer on Wednesday about App Store issues.