Apple Files for 'Restore Fund' Trademark in the U.S. 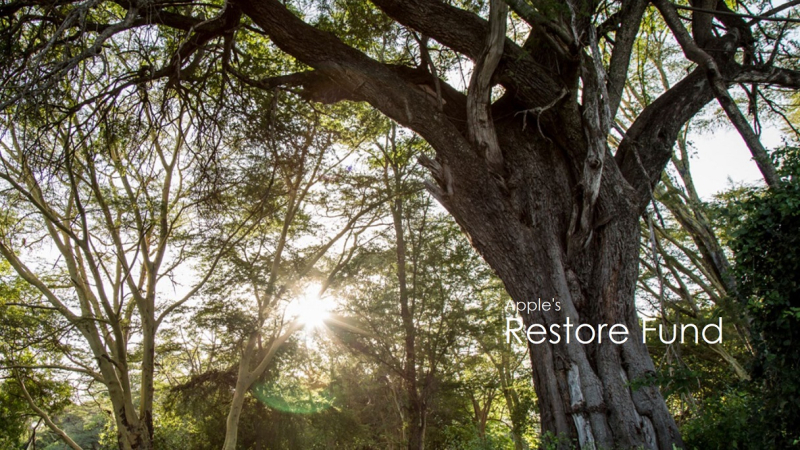 Earlier this month Apple and partners announced the launch of the first-ever $200 million Restore Fund to accelerate natural solutions to climate change; a first-of-its-kind carbon removal initiative that will make investments in forestry projects to remove carbon from the atmosphere while generating a financial return for investors. Days later Apple filed for the trademark 'Restore Fund' with the U.S. Patent Office as presented in-part below. 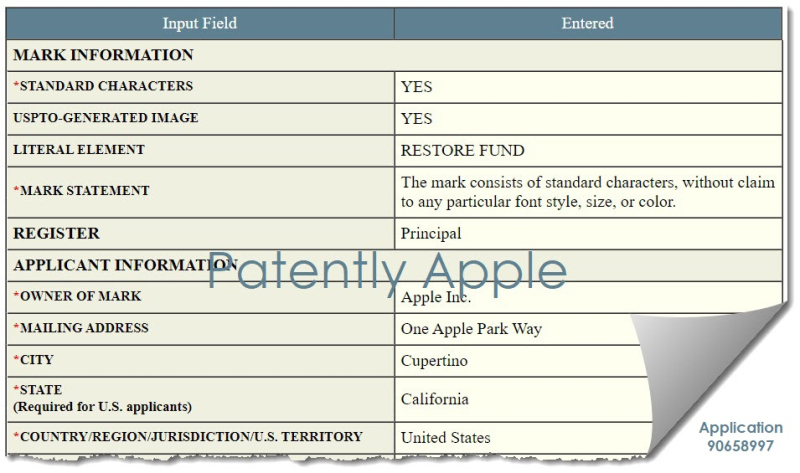 Apple originally filed a priority filing in Jamaica under number 82179.