Apple Files a Series of Continuation Patents covering the Apple Watch 'Fall Detection' System, Devices made with Titanium and more 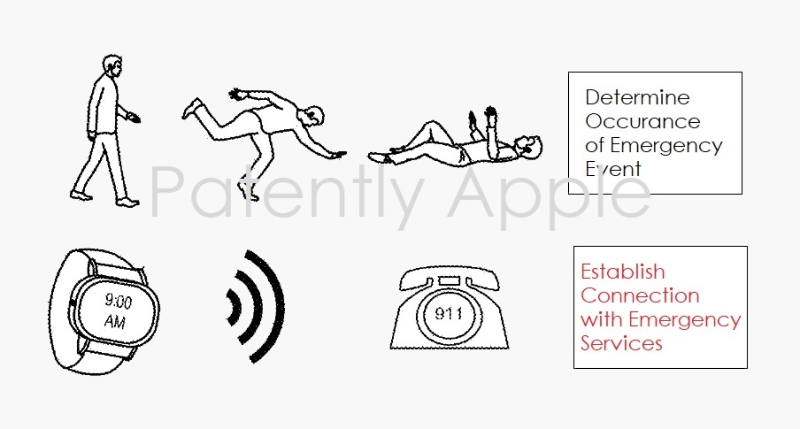 Today the US Patent & Trademark Office published a series of continuation patents from Apple. This report covers four of them. The first relates to the Apple Watch fall detection feature. The system had been upgraded with the ability to communicate ECG data of a user to emergency services that wasn't available in the original Apple Watch feature of 2018. Apple also filed a continuation patents relating to devices using titanium and more.

Generally, the first of Apple's continuation patents covers techniques for audio looping information about a user to a service provider. In some examples, the user may have been involved in an accident (e.g., a fall, a medical incident (e.g., a heart attack or stroke), a car accident, or the like), and the information that is provided via the audio loop may identify the accident and/or a location of the accident. In some instances, the service provider may be an emergency service (e.g., a 911 operator or other appropriate service provider based at least in part on the location of the user). 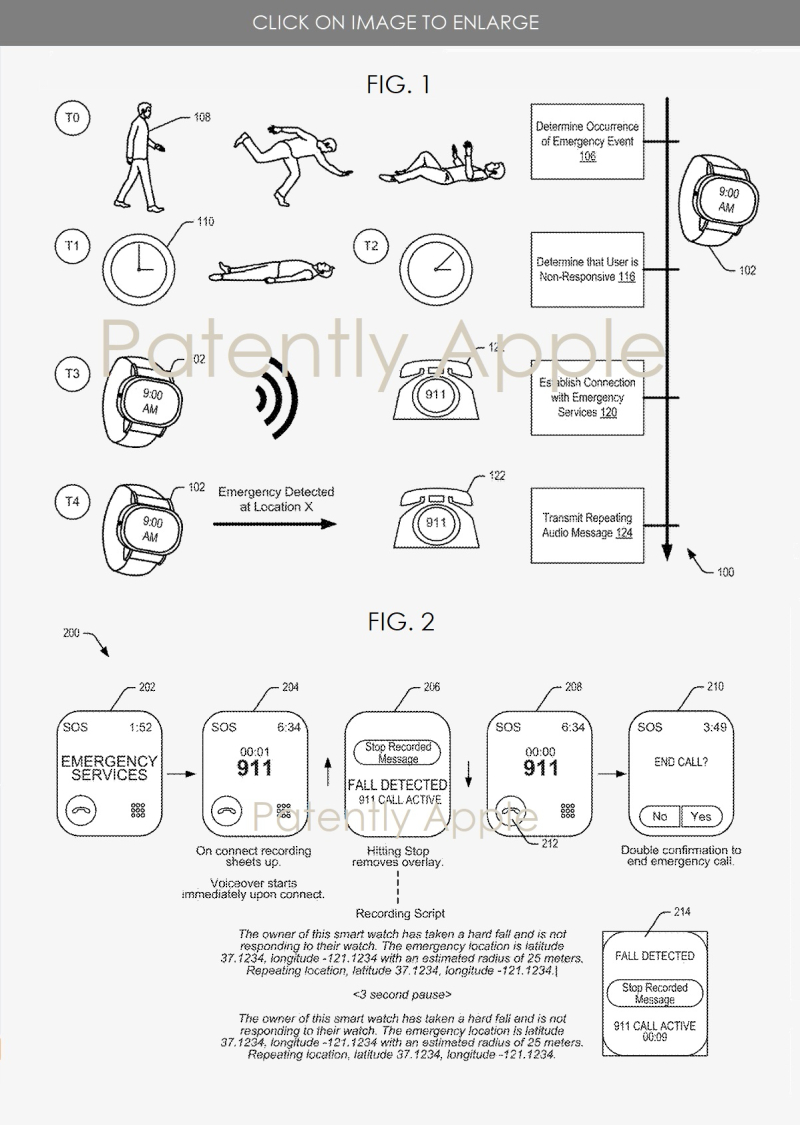 Apple advanced their fall detection system in May 2020 and then won a patent for it in December 2020.  Today, Apple's published continuation patent adds 20 patent claims to further protect its invention. The first new patent claim below states:

Apple's invention describes future devices like a MacBook using a titanium substrate having a textured surface.

The process or texturizing the surface of titanium alloys leads to a low gloss, matte surface finish, as a high-gloss surface finish is generally cosmetically unsuitable for portable electronic devices in the consumer industry.

Apple's patent FIG. 1 below illustrates perspective views of various devices that could support titanium surfaces; FIG. 13 illustrates a flowchart of a method for forming a metal part. 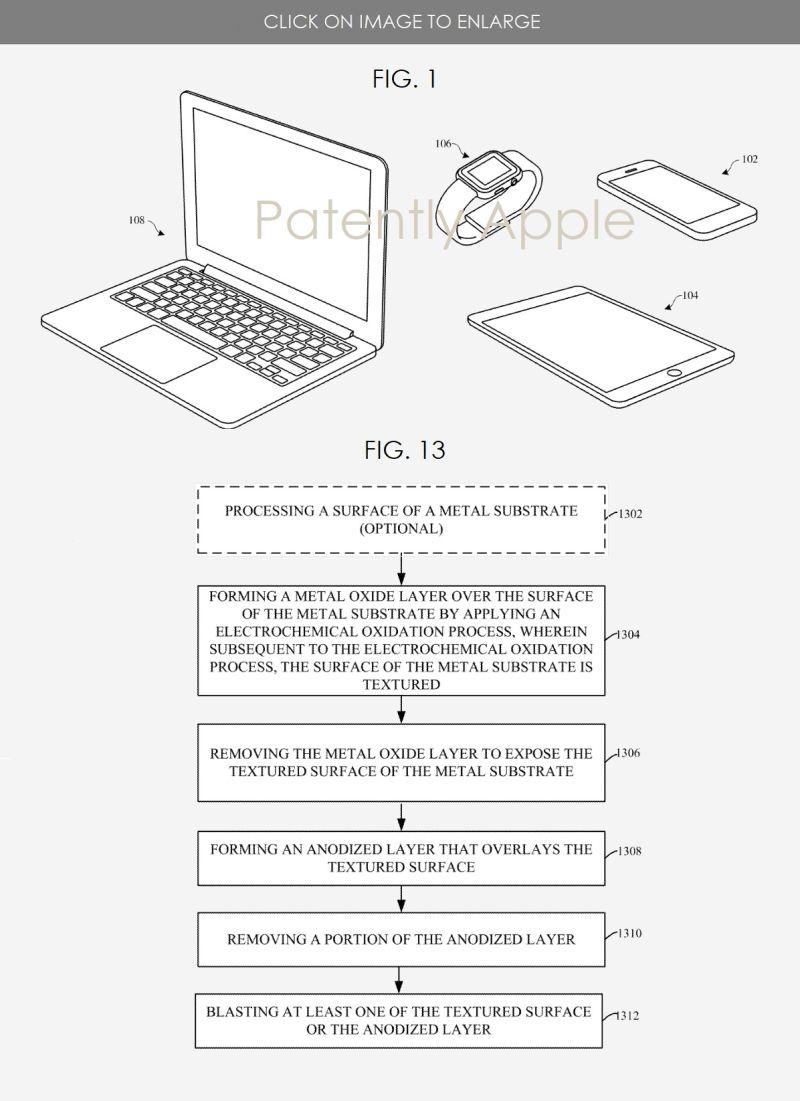 "An enclosure for a portable electronic device, the enclosure comprising: a titanium substrate defining a textured surface having peaks separated by valleys, wherein apexes of the peaks are separated from troughs of the valleys by at least 2 micrometers, the textured surface having a gloss value that is greater than 90 gloss units as measured at 60 degrees by a gloss meter."

"User Interfaces for Controlling or Presenting Device Usage on an Electronic device," Patent 20210109836. Apple adds 17 new patent claims and you could review them here.

"Method and system for determining spatial coordinates of a 3D reconstruction of at least part of a real object at absolute spatial scale," continuation patent 20210110560. Apple has added 20 new patent claims that you could review here.