Home Archives Contact Us Subscribe Twitter MeWe Facebook Patently Mobile
Is Microsoft attempting to make a move in Social Media? Recent acquisition attempts & a newly granted patent would suggest its possible
In January, iPhones captured 6 out of the top 10 smartphone models shipped, with the iPhone 12 dominating the top 3 Spots

Apple and Epic Games have Filed "Findings of Fact & Conclusion of Law" Documents with the Court Prior to the May 3, 2021 Trial 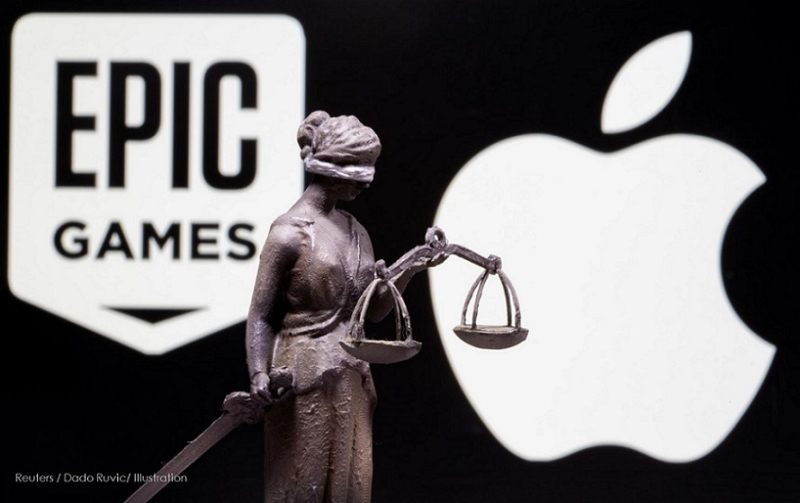 It's being reported that Apple plans to argue that it faces abundant competition in the market for video game transactions to defend itself against antitrust allegations by "Fortnite" maker Epic Games, the iPhone maker said on Thursday.

In a federal trial scheduled to begin May 3, the companies will fight over whether Apple’s 15% to 30% commissions for use of its in-app payment systems, and its longstanding practice of exercising control over which apps users can install, amount to anticompetitive behavior.

Epic and Apple filed dueling position statements with the court on Thursday in preparation for the trial in Oakland, California.

Epic in its filing contended iPhones, with more than 1 billion users, represent their own distinct market for software developers. Epic has argued that Apple has monopoly power over that market because it decides how users can install software on the devices and says it abuses that power by forcing developers to deliver their software through the App Store, where developers are subject to fees on some transactions.

Apple rejected that notion in its filing and said the proper market to analyze the case is the broader video game transaction field, which includes platforms such as Nintendo Co Ltd and Microsoft Corp’s Xbox gaming consoles, which also limit the software that can run on their hardware and charge fees to developers.

Apple says consumers have choices in carrying out video game transactions, including purchasing virtual tokens from game developers on other platforms such as Windows PCs and using the tokens on iPhones with no fees to the developer. For more on this, read the full Reuters report.

A report by CNBC posted earlier today goes into a little more depth by noting that the late-night filings from both Apple and Epic Games lengthy and packed with detail. Below you can find a bulleted summary of how each company will plan to make its case in court:

Apple will argue that:

Epic will argue that:

Below are the full filings by both Apple and Epic Games in Scribd documents courtesy of Patently Apple.