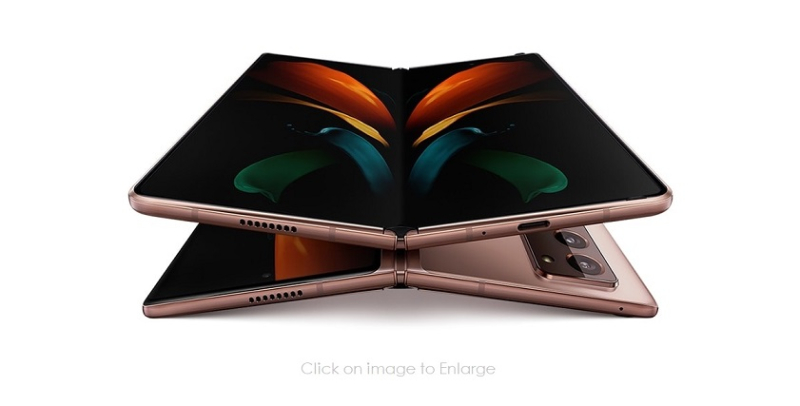 It's been rumored for some time now that Samsung is planning to add S Pen support to a future Galaxy Fold smartphone. The last rumor, from Korea's ETNews on February 22, claimed that Samsung Electronics has completed the development of S Pen input for Galaxy Fold smartphones which should translate to entering the market this coming summer (July-August timeline). Samsung confirmed its plan to mass-product related parts beginning in May.

Finding the way to bring the S Pen to the Galaxy Fold has been a difficult journey. The Galaxy Fold has to offer a digitizer that recognizes the movement of the pen on a foldable device and the display must be able to withstand the impact and pressure generated when writing text on the display.

Last month Patently Apple posted an IP report titled "A new Samsung patent describes a possible future Galaxy Z Fold support system that will better protect its large display in a fall event." So we know that Samsung has been working on strengthening it's large Galaxy Fold display.

Last week Patently Apple discovered a patent application from Samsung that was filed in Europe about a future Galaxy Z Fold smartphone working with their S Pen. This would be another indicator of what could be coming later this summer.

Note: We would ask bloggers, especially Android sites, to only use one set of our graphics for their report.

Below are a series of patent figures illustrating virtual keyboard, S Pen and Bixby digital assistant input for a future Galaxy Fold smartphone. 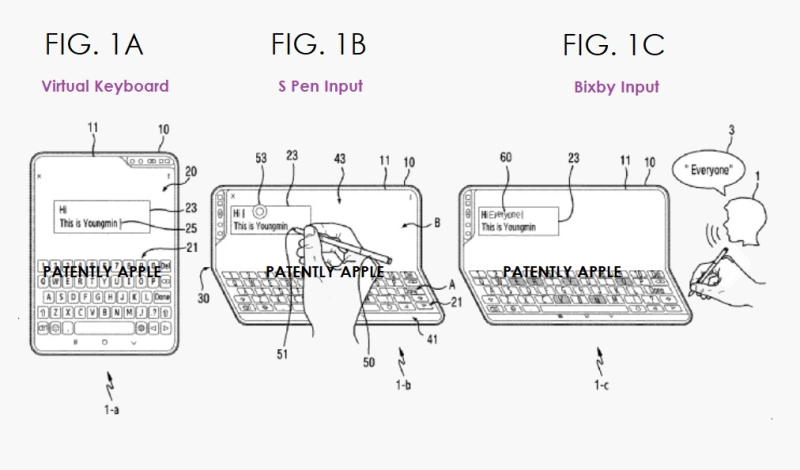 In Samsung's patent figures below we see FIG. 5D where editing an image could be done in a temporary editing object box. One tap to initiate the editing box and one tap to close the editing app.

In Samsung's next series of patent figures we're able to see in FIG. 6B below that a user is working with a navigation editing tool and in 6C the user has called up a color tool.

Samsung's patent application was published earlier this month and originally filled in Q3 2020.