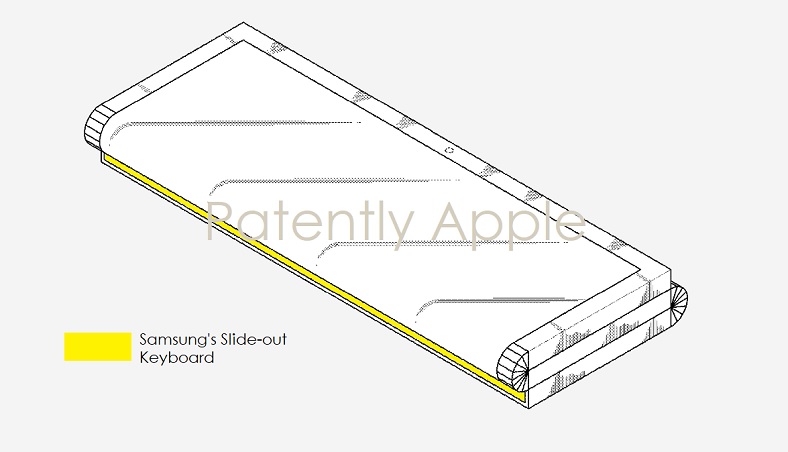 Samsung is a pioneer when it comes to foldable displays and devices. Our Patently Mobile blog began covering Samsung's foldable device patents dating back to June 2012. Our archive covering their display patents includes work on foldables, scrollable and stretchable displays. Our latest report on a Samsung foldable patent was posted last Sunday in a report titled "A new Samsung patent describes a possible future Galaxy Z Fold support system that will better protect its large display in a fall event." One of the patent figures is presented below. 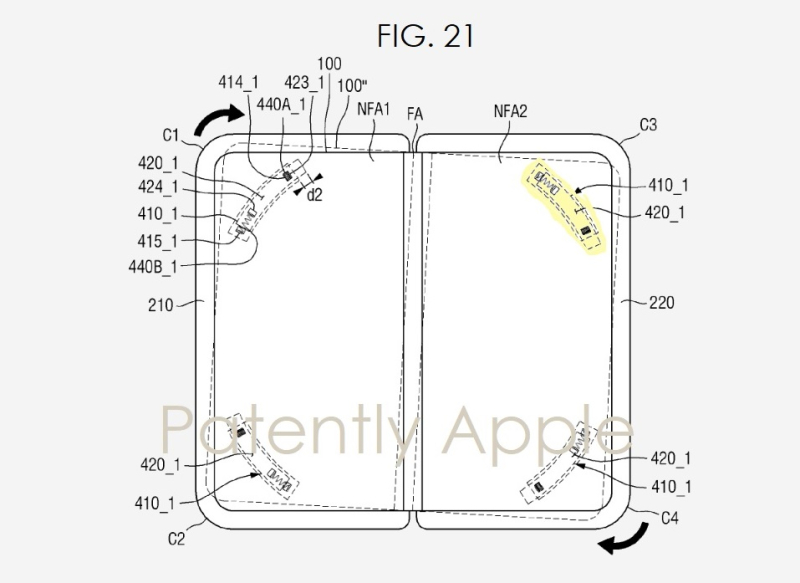 The focus of today's report covers a new Samsung design patent issued to them on March 16 regarding a double fold tablet with slide-out keyboard. As with any design patent, all that the public is privy to are the approved design patent figures without details on the construction, materials or specialty features.

Samsung wants to take their folding devices to the next level with folding tablets. Samsung is a part of the 'Horseshoe Bend Project' that includes Intel and Microsoft that was announced back in October. Samsung is to provide Wintel partners with 17" foldable notebook displays which are simply foldable tablets. 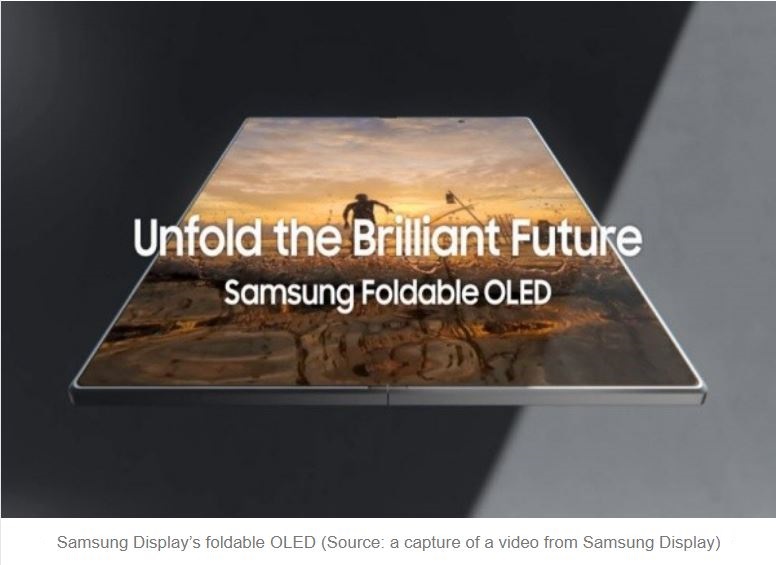 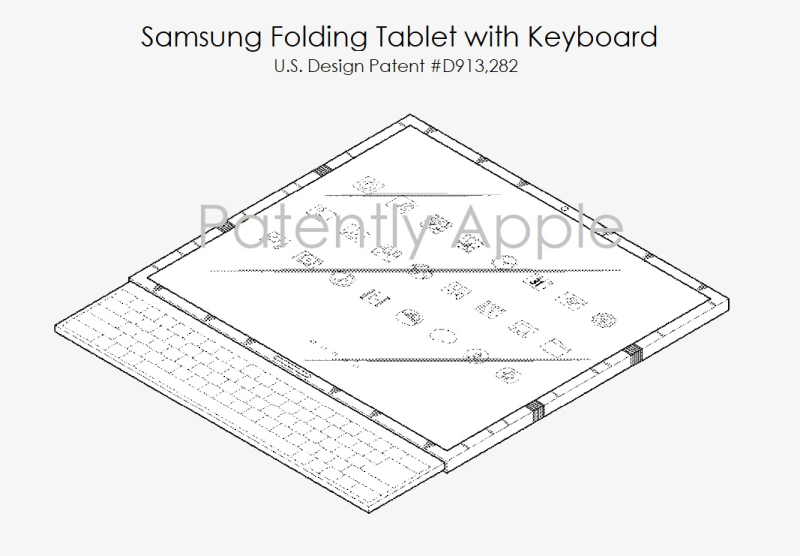 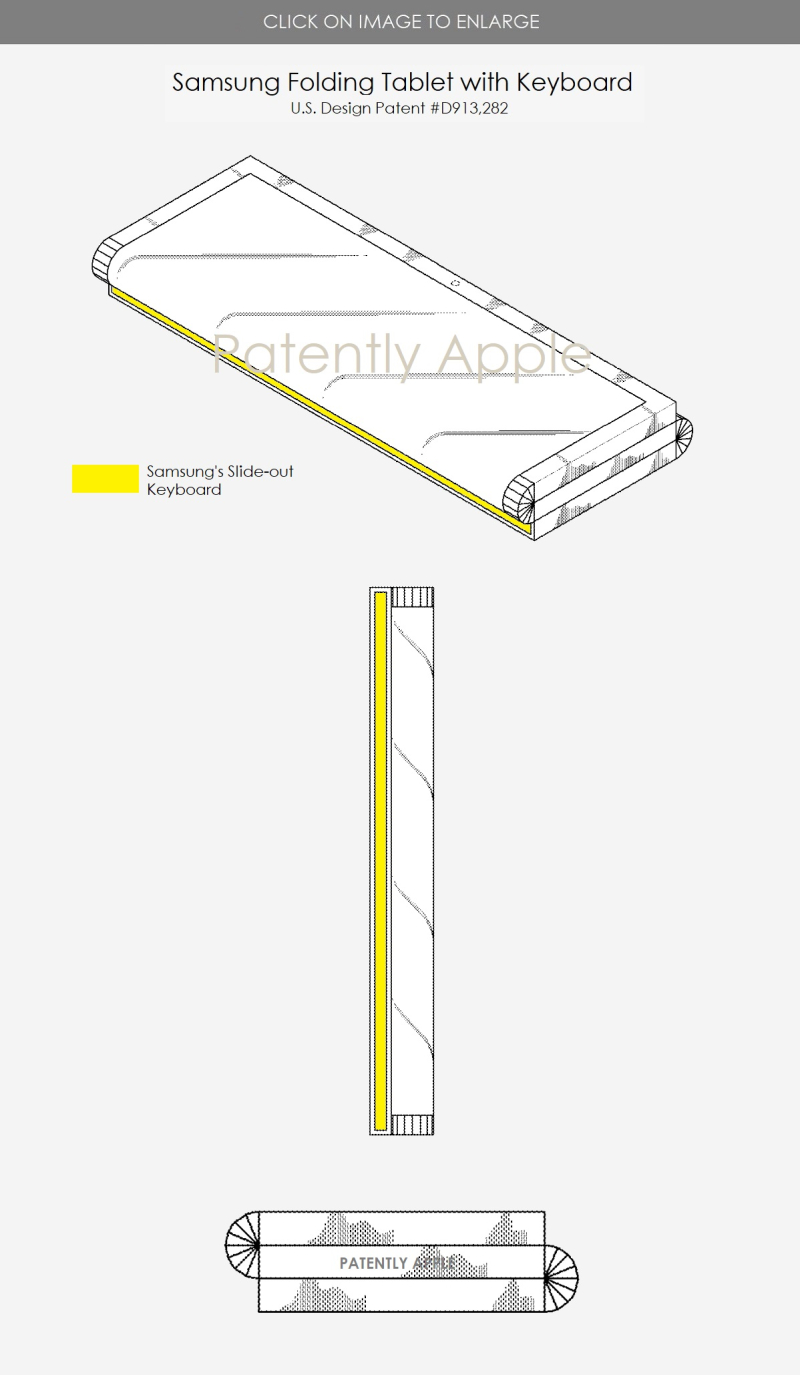 Whether Samsung or an industry partner of theirs will consider bringing this design to market is unknown at this time.

Earlier this month Patently Apple posted a report titled "Apple Finally Reveals that one of their Foldable Display Patents is now Focused on being a Foldable Laptop." Apple is certainly aware of the folding tablet trend that's likely to come to market in Q4 and is ensuring that they have their patents in place should they decide to ever pull the trigger and enter this segment of the market. 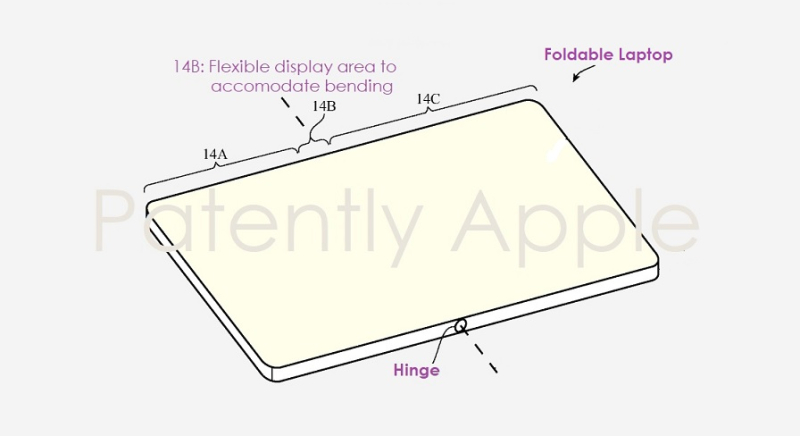