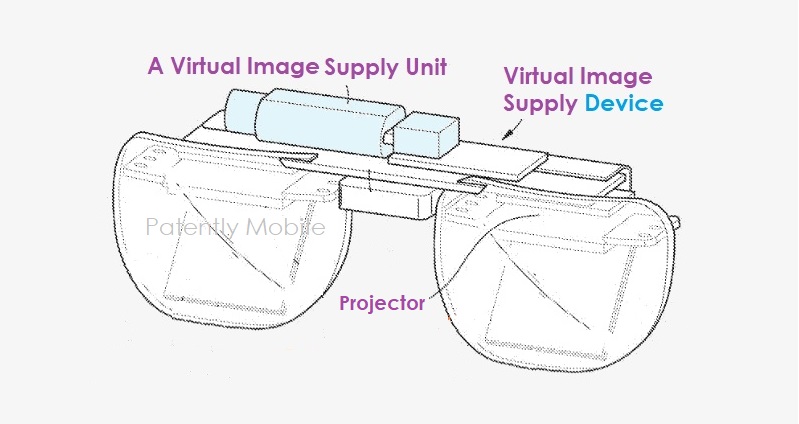 Last week the U.S. Patent and Trademark Office published two of Samsung's latest patent applications relating to their future Augmented/Virtual glasses. The first patent is the one that's most interesting in that it describes snap-on prescription glasses that uses a magnetics system. Of course the inspiration came from one or more Apple's patents on this front. So it's a race to market.

Samsung will more than likely be first to market just to rob Apple of being seen as the innovator. You kind of get used that scenario playing out after awhile. Nevertheless, Patently Apple and many Apple fans like to stay on top of Samsung's key or trending patents to see what's on their future agenda. One of the top trends of late is definitely smartglasses.

The first Samsung patent application that was published by the U.S. Patent Office (USPTO) last week relates to Augmented Reality (AR) and Virtual Reality (VR) glasses that are in development. The edge to this invention is that Samsung has developed an easy way to  include vision correction lenses (or prescription lenses) that could be magnetically attached to the frame of the glasses. 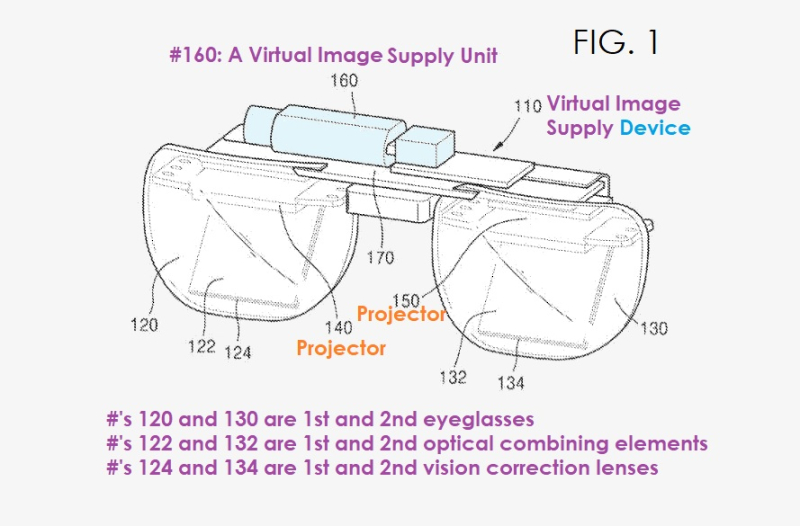 To review the invention in greater detail, review Samsung's patent application 20210055564 that was published by USPTO on February 25, 2021.

Apple filed for a series of patents relating to a prescription lens system designed for HMDs (01, 02 & 03). A fourth Apple patent that we covered back in July 2020 specifically presented smartglasses with pop-out prescription lenses. 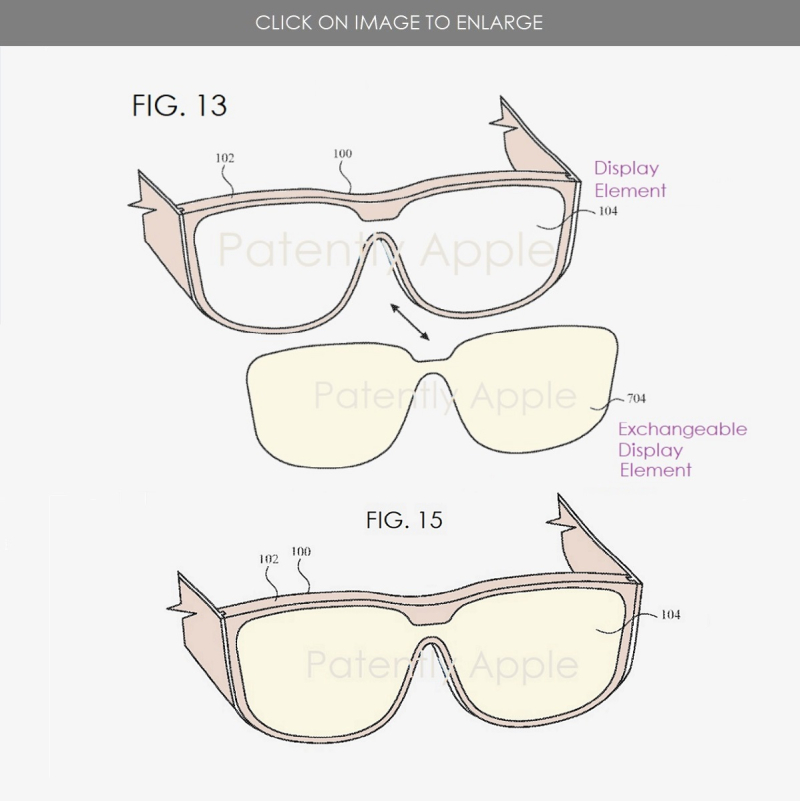 The second Samsung patent application that was published by the U.S. Patent Office (USPTO) last week relates to Augmented Reality (AR) and Virtual Reality (VR) glasses that are in development. A wearable electronic device for augmented reality technology allows a user to see both virtual graphic images mixed with real objects.

According to Samsung, constructed AR and VR glasses have been designed to provide consumers with improved brightness and/or clearer images. For example, reflection patterns may be disposed on a plurality of layers or surfaces. In this way, it may be possible to increase the amount of light reflected by the reflection patterns and thereby to improve the brightness of an image. 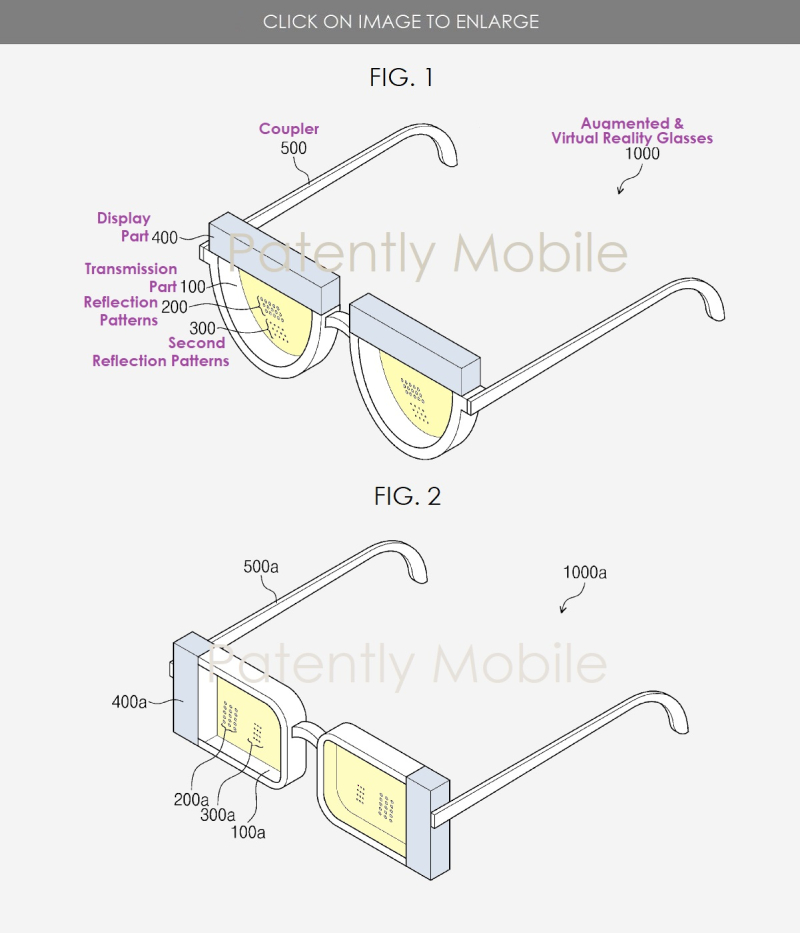 An alternative design for the glasses is seen in patent FIG. 2 where the display mechanisms are housed on the side to glasses area as opposed from the top as illustrated in patent FIG. 1.

To dive deeper into this technical invention, review Samsung's patent application 20210055558 that was published by USPTO on February 25, 2021.