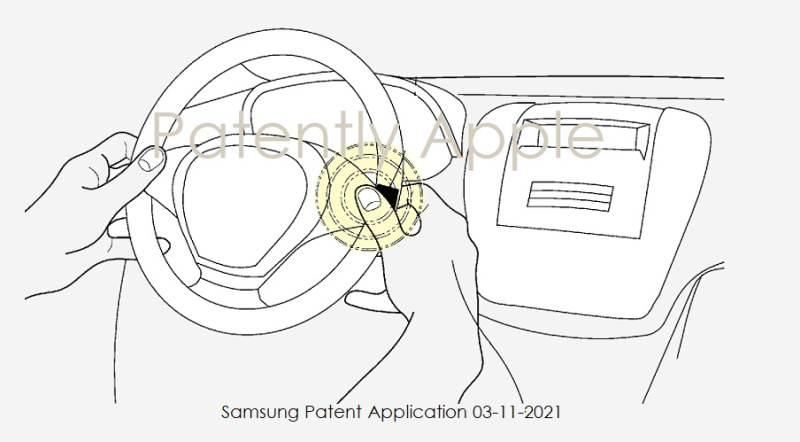 Last week the U.S. Patent Office published a patent application from Samsung. The invention relates to security authentication functions related to a vehicle. When a user attempts to operate a vehicle, the vehicle may communicate with a server or the like to authenticate whether the user has the authority to operate the vehicle (e.g., is either the owner, member of the owner's household, or authorized by the owner).

Also, in order to authenticate whether or not the user has authority, the vehicle may perform biometric authentication with respect to the user. More specifically, a Fingerprint ID device built into the steering wheel. This is likely to be a future trend and one that we could see Apple adopting in some way for Project Titan.

Making it more secure, Samsung envisions adding a secondary step whereby the driver must also have their smartphone present with them for the fingerprint authentication to be approved.

Samsung's patent FIG. 2 below illustrates a case in which a hardware device (for example, a sensor (#215) for biometric recognition is mounted within a vehicle (#200). Specifically, the sensor for recognizing a fingerprint may be coupled to a steering wheel (#210) of the vehicle. In this case, the user (#150) may have his/her fingerprint recognized by sensor by touching a finger to the sensor. The sensor  can corresponds to the sensor #120 of FIG. 1. 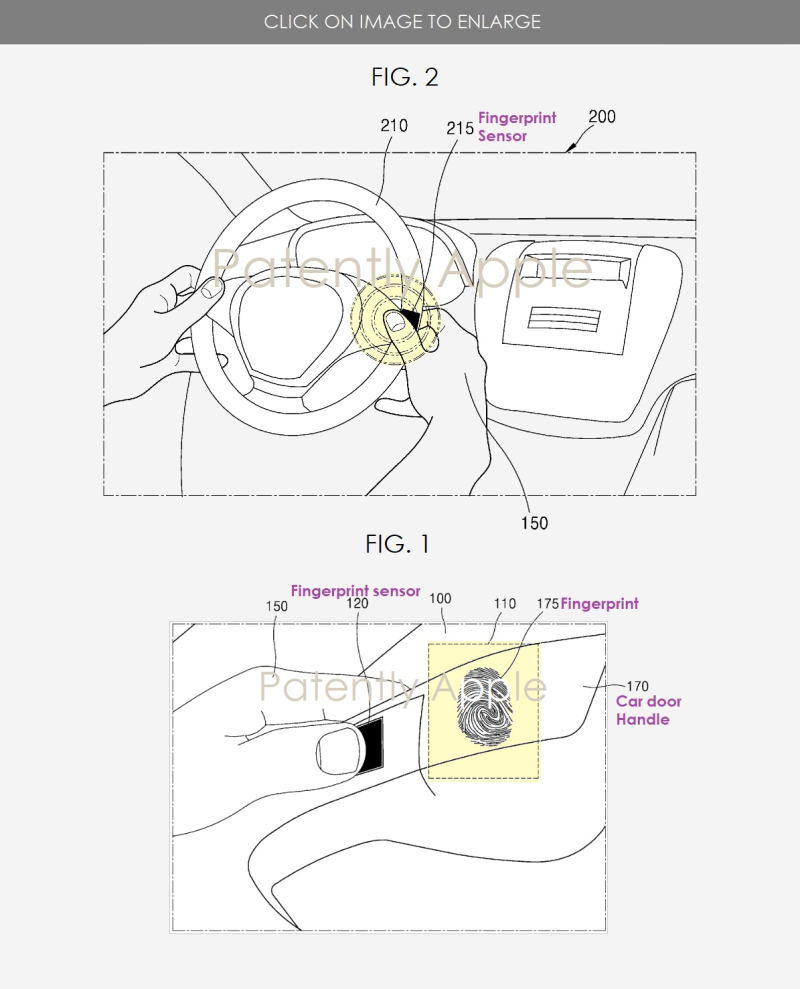