Over the past five years, Apple has been the top Acquirer of AI Companies 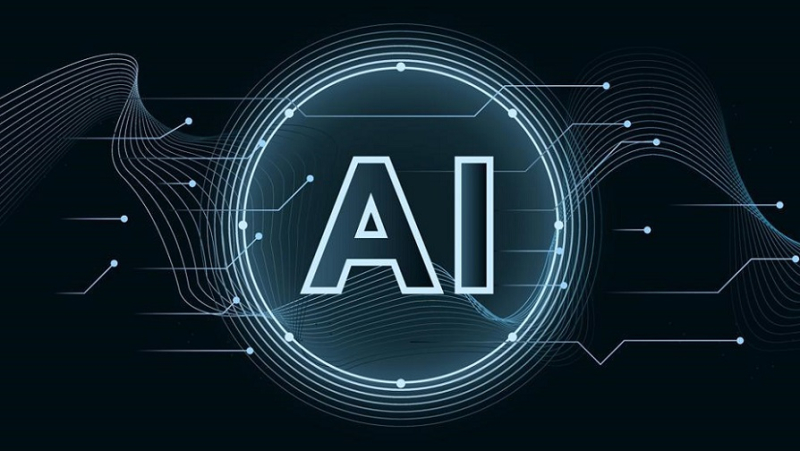 A new analytical report states that the mergers and acquisition (M&A) deal-making landscape of the 2016-2020 artificial intelligence (AI) tech space was dominated by US tech giants. Four of the top five acquirers in the space – Apple, Google, Microsoft and Facebook – are companies headquartered in the US, with Apple leading the race. Ireland-based Accenture was the only non-US company to appear in the top five.

Statement by Aurojyoti Bose, Lead Business Fundamentals Analyst at GlobalData: "Apple, Google, Microsoft and Facebook collectively undertook 60 acquisitions in the AI tech space during 2016–2020 while Apple led the race with 25 acquisitions. AI has remained a key focus area for tech giants and growing competition to dominate the space has resulted in an acquisition spree among these companies."

(To Enlarge, click on image below to View Apple's Acquisitions clearly) 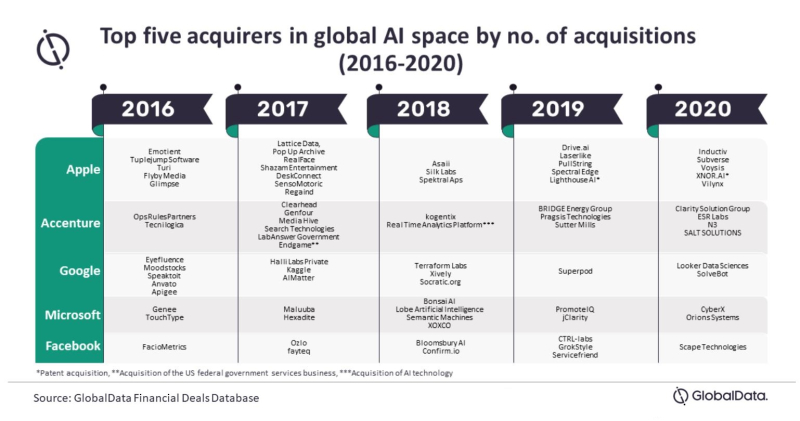 Nicklas Nilsson, Senior Analyst on the Thematic Research Team at GlobalData, commented: "The US is the leader in AI, and the dominance of US tech giants in the list of top acquirers also indicate that these companies have some defined AI objectives. For instance, Apple has been ramping up its acquisition of AI companies, with several deals aimed at improving Siri or creating new features on its iPhones. Machine learning start-up Inductiv was acquired to improve Siri’s data, Irish voice tech start-up Voysis was bought to improve Siri’s understanding of natural language, and PullString should make Siri easier for iOS developers to use.

Apple has gone on a shopping spree in efforts to catch up with Google (Google Assistant) and Amazon (Alexa). Siri was first on the market, but it consistently ranks below the two in terms of 'smartness,' which is partly why Apple is far behind in smart speaker sales.

Apple also want to make sure to keep its strong position within wearables. It is the dominant player in smartwatches. The acquisition of Xnor.ai last year was made to improve its on-edge processing capabilities, which has become important as it eliminates the need for data to be sent to the cloud, thereby improving data privacy."