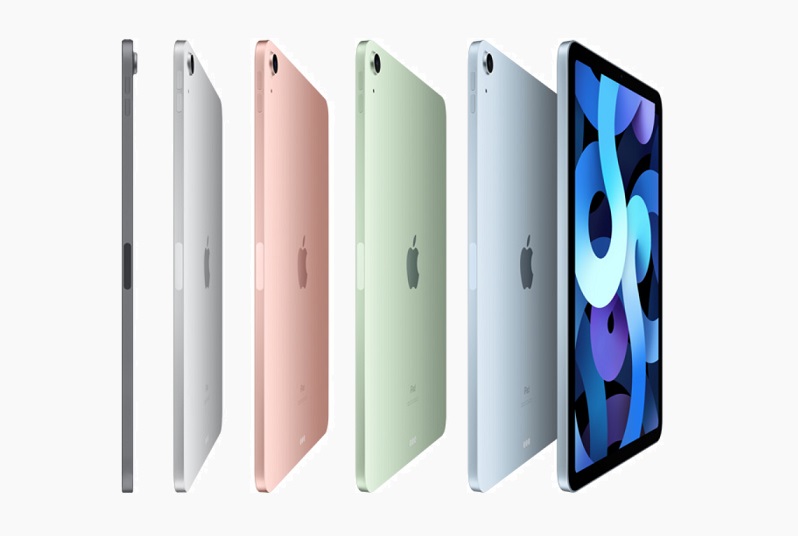 Back in December 2020 Patently Apple posted a supply chain report titled "Apple is Preparing to introduce iPads with new Ultra-Thin Hybrid-OLED Displays starting in 2022 and then full scale in 2023." The report noted that Apple is planning to use hybrid OLED panels that are thinner than normal OLED panels as they are a combination of flexible and rigid OLED technologies. Samsung Display will start supplying these panels in 2022 while LG Display will start supplying them in 2023.

Today it's being reported that "Rumors have been suggesting that Apple will soon release a new iPad Pro with a Mini-LED display, but the company also plans to bring this technology to other devices in the future.

Ming-Chi Kuo points out that although Apple will now adopt Mini-LED displays for the new iPad Pro, other iPad models will switch to OLED displays, beginning with iPad Air next year. Mini-LED panels offer the same benefits as OLED, such as deeper blacks — since the backlighting is based on several small LEDs —, but they don’t suffer from burn-in.

However, as Mini-LED is a more expensive technology, Apple plans to bring OLED to the cheaper iPads, which includes the iPad Air and the entry-level iPad. Unlike the iPhone, in which Apple had to use a custom OLED panel that is folded at the bottom, the OLED displays that the company will adopt in the iPad are flat. This means that the cost for the new panels will be close to what Apple currently pays for each LCD panel used in the iPad Air."

Yesterday Patently Apple posted a late day report titled "Apple may refresh their iPad line in April and possibly introduce a Thunderbolt Connector to support an external monitor and other peripherals."

Today, it's being reported that Ming-Chi Kuo Apple's new 12.9-inch mini-LED iPad Pro will enter mass production in the second half of April. Kuo specifically stated in a research note to clients: