In a second patent published this month, Apple describes adding touch nodes to future devices with curved or spherical surfaces 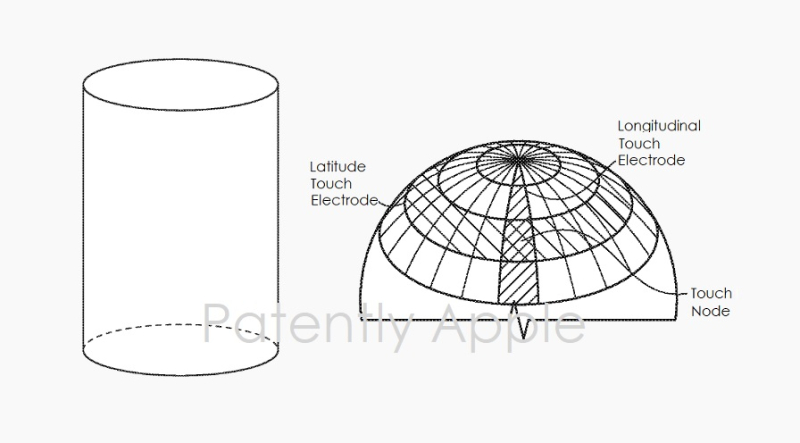 Earlier this month Patently Apple posted a report titled "Apple Patent reveals a possible Redesign of their HomePod by expanding its Light Display." The redesign included having a domed touch surface as presented in one of the patent figures from that patent below. 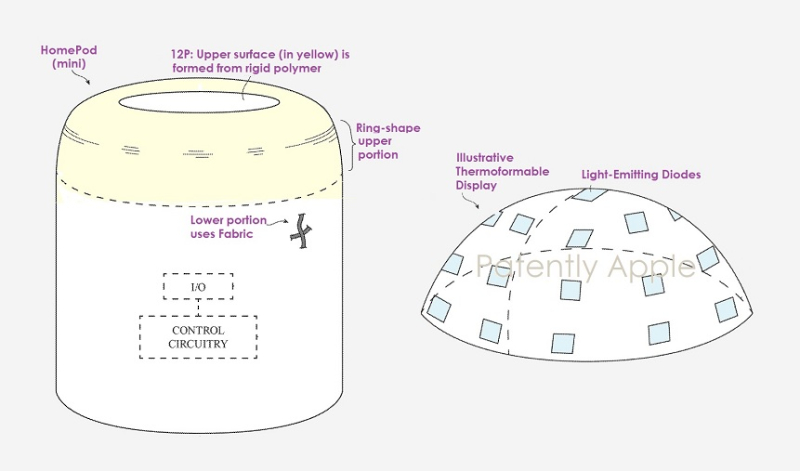 Yesterday the US Patent & Trademark Office published a patent application from Apple that continues this theme of touch sensors integrated into spherical or highly curved touch-sensitive surfaces. 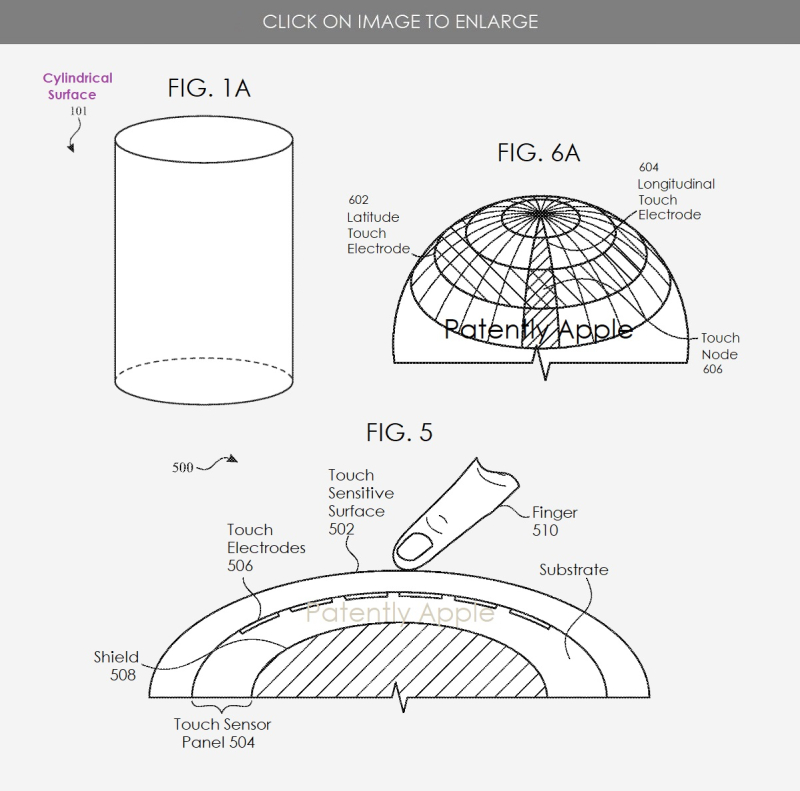 The curved touch sensor panel can be formed by thermoforming a two-dimensional pattern of touch electrodes (#506) formed on a substrate (#507). That can be formed of cyclo olefin polymer (COP), polyethylene terephthalate (PET), polycarbonate (PC) or other suitable material.

Apple's patent application, that was originally filed in Q3 2020 was published yesterday by UPSTO. One of the lead engineers that were listed on this patent is Supratik Datta, Engineering Manager: Touch Sensor Architecture & Modeling.