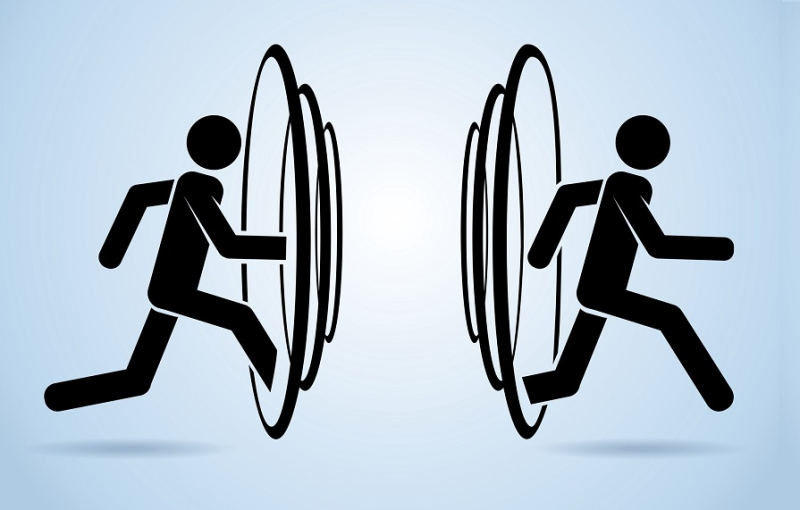 Last week Facebook's CFO downplayed the hype surrounding their first generation smartglasses that might have face recognition. He made it sound that wild features like that weren't going to play a part in their early generations of their project.

Yesterday Patently Apple posted a report titled "Ming-Chi Kuo is out with a new round of Rumors relating Apple's Future Eyewear including a long-call on Smart AR Contact Lenses." With so much buzz surrounding Apple's future eyewear, Facebook decided to go the offensive today in the hope of grabbing headlines supporting their vision for future eyewear.

Today, Facebook's CEO Mark Zuckerberg decided to dream aloud. According to Zuckerberg, people could use advanced smart glasses to "teleport" to locations like other people’s homes, and speak to them as if they’re physically present, allowing in-person meetings to be replaced by a headset-based digital experience by 2030.

One upshot of this vision of the future could be a reduction in travel for business or pleasure, which could help ameliorate the effects of climate change, Zuckerberg said in an interview with The Information.

He added that obviously, there's going to be cars and planes and all that. But the more that we can teleport around, not only are we personally eliminating commutes and stuff that’s kind of a drag for us individually, but I think that’s better for society and for the planet overall, too."

The ultimate vision years down the road, as Zuckerberg said on Monday, is a pair of normal-looking computer-powered glasses that can display content alongside the real world through transparent displays.

"There are going to be all these awesome use cases that come from this....rather than calling someone or having a video chat, you just kind of snap your fingers and teleport, and you’re sitting there and they’re on their couch and it feels like you’re there together," Zuckerberg said.

Zuckerberg says one advantage to AR-powered "teleportation" is that it could reduce travel or commute time. Ultimately, AR could allow workers to live where they want, perhaps a less expensive region, and "basically teleport to work." For more, read the full CNBC report.