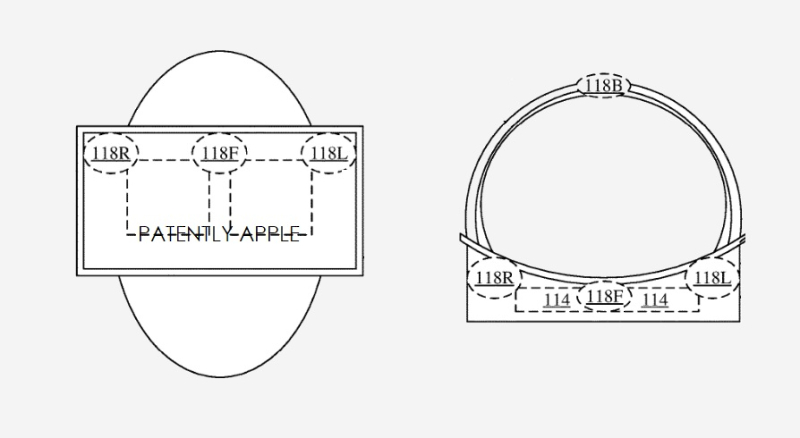 Today the US Patent & Trademark Office published a patent application from Apple that relates to a Mixed Reality head-mounted display system that includes a display, haptic output devices, and a controller. The haptic devices are designed to be positioned on a user's cheeks, nose, and/or at or along sides of the head or in addition to the temples of the user to provide maximum sensations when playing games or enjoying a movie.

Apple specifically notes that the HMD may include specialty modules such as a movie module and a game module for providing graphical and/or audio content of a game or simulation.

The display unit is configured to be worn on a head of a user and includes a display for providing graphical output to the user. The haptic output devices are coupled to the display unit. 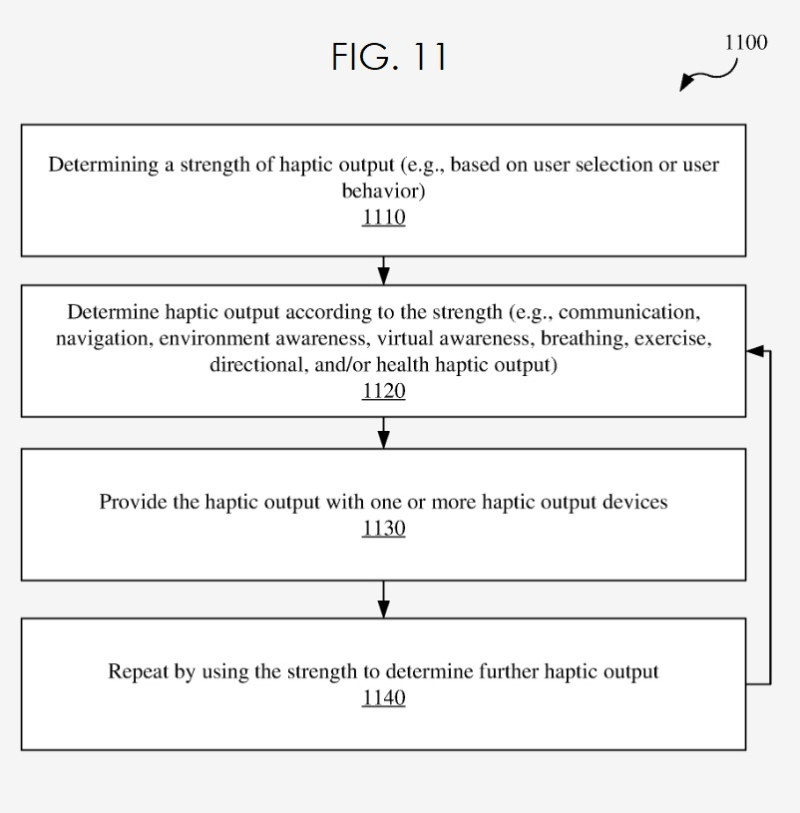 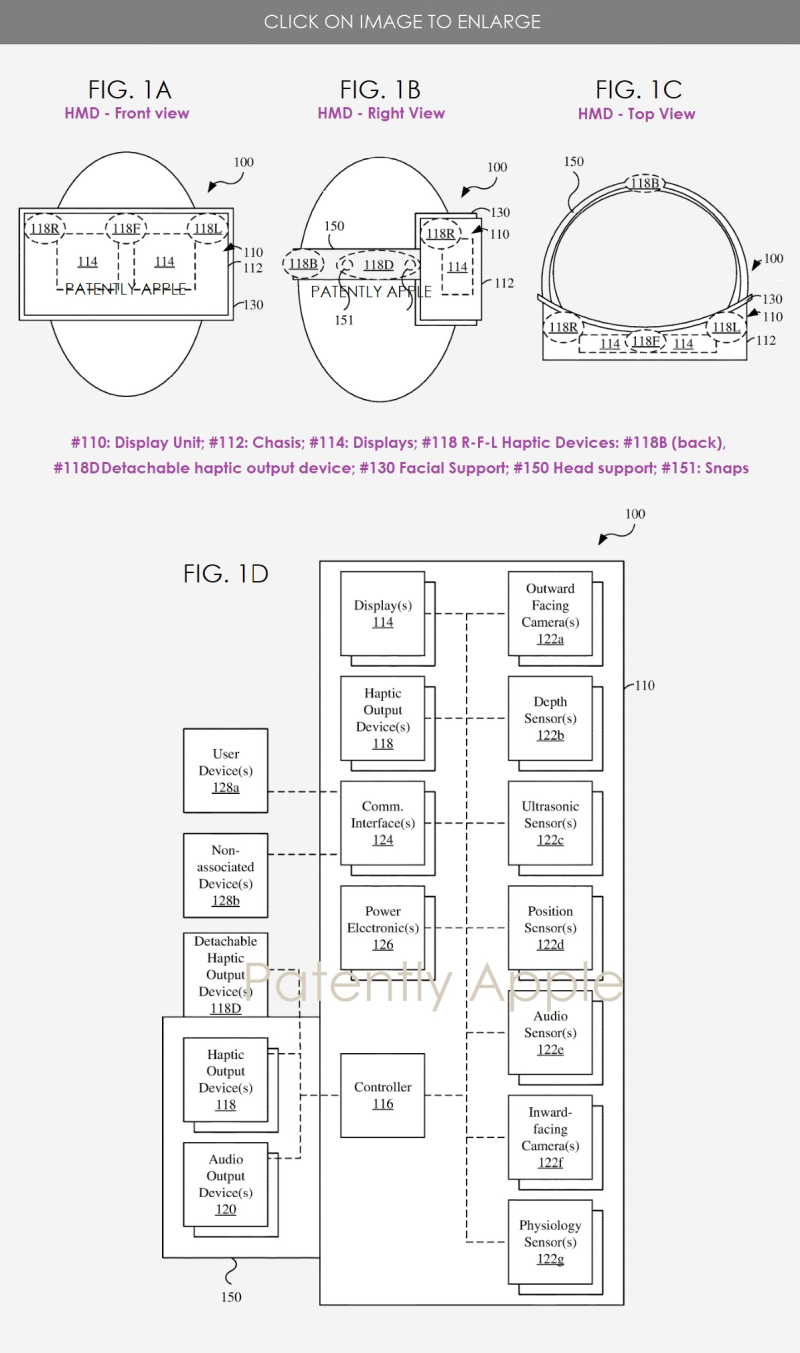 The one or more depth sensors detect objects in the environment around the head-mounted display and/or distances thereto. The one or more depth sensors may, for example, be a structured light system (e.g., having a projector and a camera) that projects light in a known pattern, senses the light reflected from objects in the environment, and identifies objects and/or distances using suitable algorithms.

This is an in-depth patent and for finer details, review Apple's patent application number 20210081047.