Apple won a Project Titan patent that covers a method for stabilizing a Vehicle when on slippery, icy roads

Project Titan: Apparatus and Method to Measure Slip and Velocity

Apple's granted patent involves a set of sensors used for determining the velocity and slip angle of a vehicle.

In one embodiment, one or more orthogonally arranged sensors are located in an under-vehicle space and positioned such that the road or other surface the vehicle travels on is in a field of view of the sensors.

The information from the sensors may also be used to compute the vehicle slip angle. The sensors may be antenna arrays or ultrasonic sensors in various possible embodiments.

Additionally, or alternatively, external positioning and velocity measurements such as those provided by a Global Positioning System (GPS) unit can also be collectively used with the sensors for error correction and location synchronization.

Further, additional sensors (e.g., yaw, wheel speed, gyroscopic, ultrasonic sensors) may be placed on the underside of the vehicle to create a triad of sensors which can provide further information for the velocity measurement, relative to a two-sensor system. The triad of sensors can be used to eliminate the effect of vehicle heave rate, roll rate, and pitch rate.

The invention also provides mechanisms for collecting data for measuring slip and velocity of a vehicle. In one specific example, the systems provide an estimate of slip and vehicle velocity using the information from the sensors placed on the underside of a road vehicle.

The new systems provide a solution that improves velocity estimation in a wide variety of conditions as well as at and beyond vehicular handling limits where tire slip and the like are more pronounced. Knowledge of these handling limits can be of great benefit especially when encountering circumstances such as an icy surface, where the vehicle may slip and travel cannot necessarily be understood from tire rotation information and the like.

In addition, the embodiments can also provide feedback signals which can assist with currently existing driver systems such as cruise control, anti-lock braking (ABS), electronic stability control (ESC), etc. Other advantages exist which are described in today's granted patent. 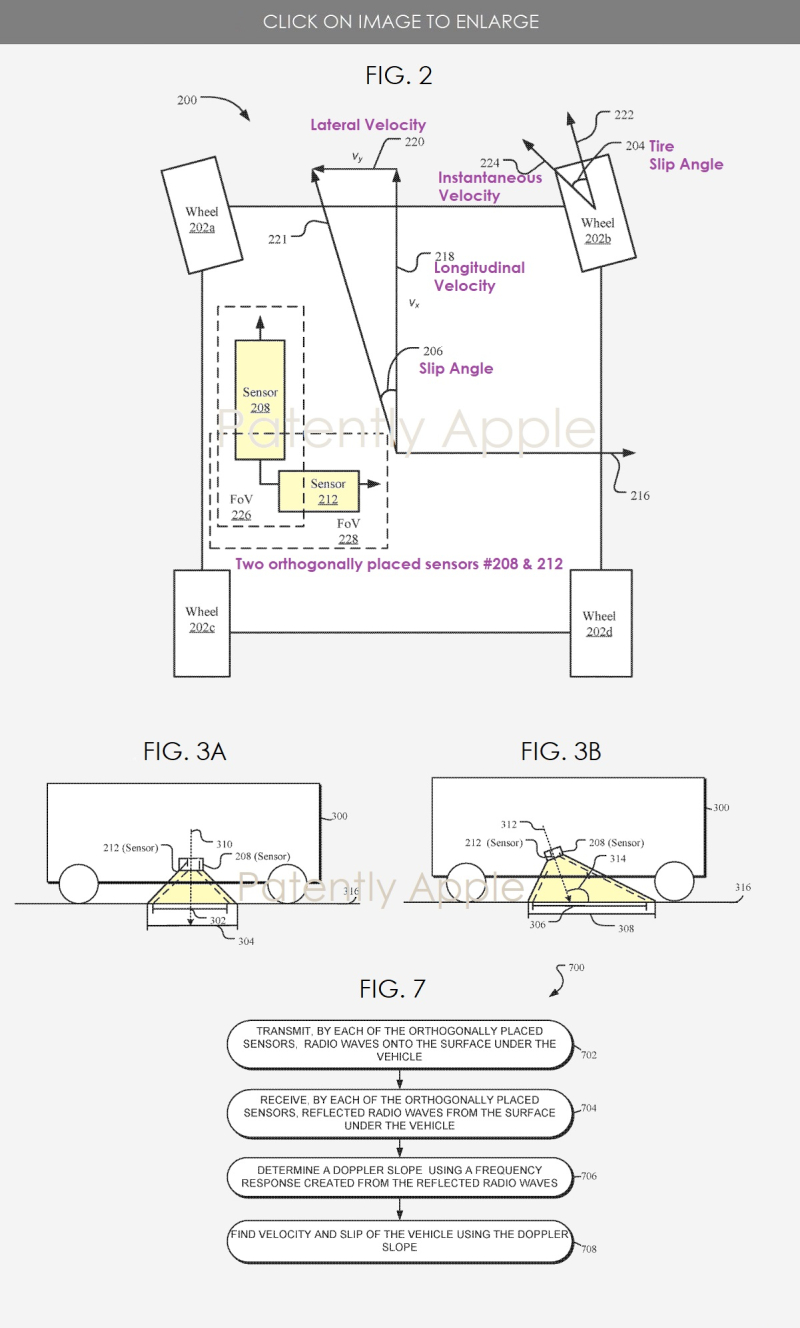