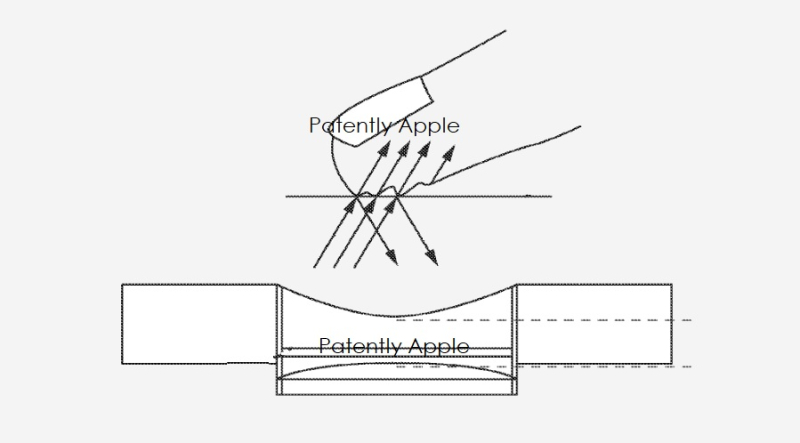 Apple's patent FIGS.5B and 8 represents a finger touch the cover glass and specifically in relation to the Touch ID button with a fingerprint sensor as noted in the patent summary.  The patent dates all the way back to 2012 just prior to it being introduces on the iPhone 5S in 2013. For more details, review granted patent 10,949,020.

Apple's patent Figure 6S below is from granted patent 10,951,043 illustrates a possible future charging pad (AirPower) charging 3 devices including an Apple Watch, iPhone and what appears to represent an AirTags-like device, though Apple never clarifies what #630B actually is. Patently Apple first covered this as a patent application back in December 2018 and you could review it here for more details. 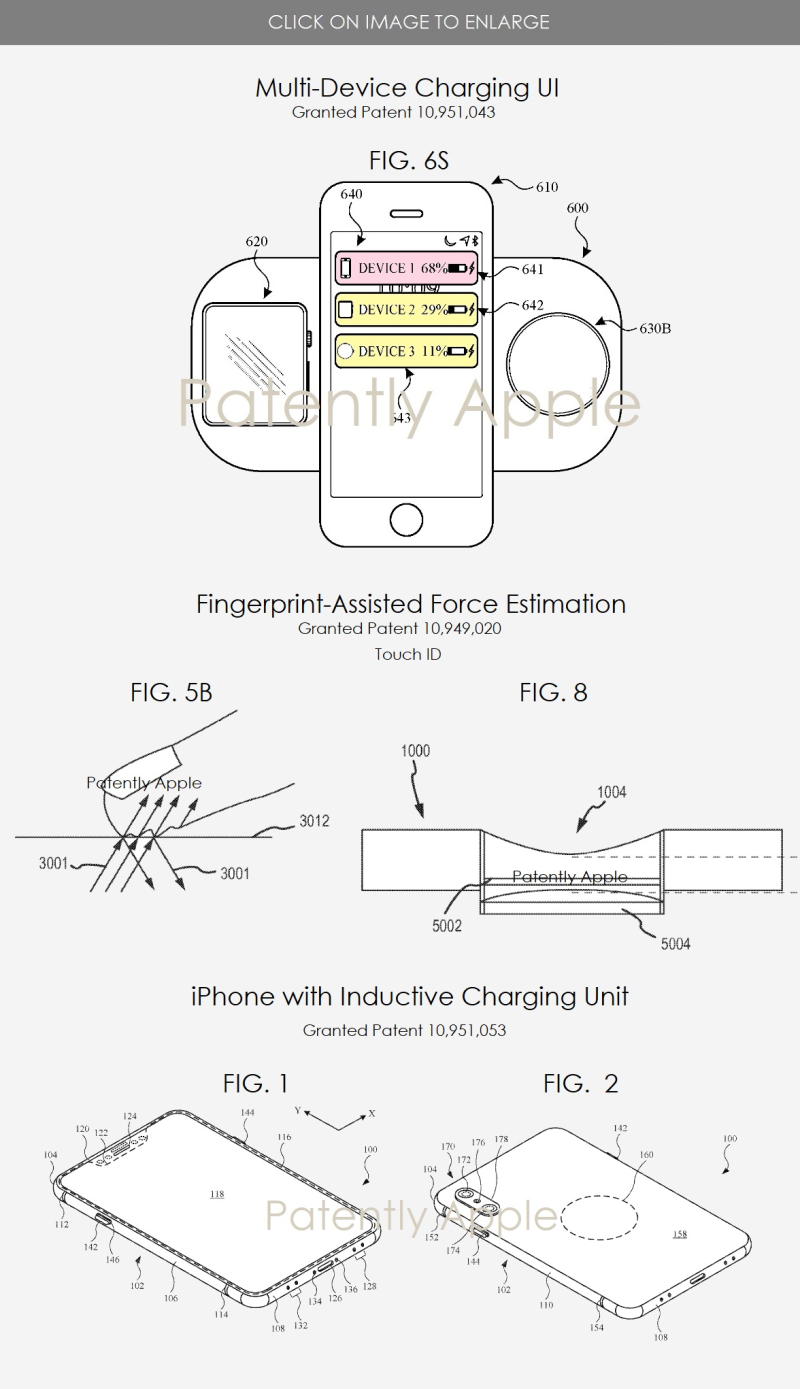 The last granted patent in this report covers Apple's iPhone with inductive charging. The date of the filing (2018) would suggest that the patent covers the faster inductive charging that was introduced with the iPhone XS and XS Max. The patent figures about illustrate an iPhone face and back where the charging coil is positioned. For more on this, review granted patent 10,951,053. 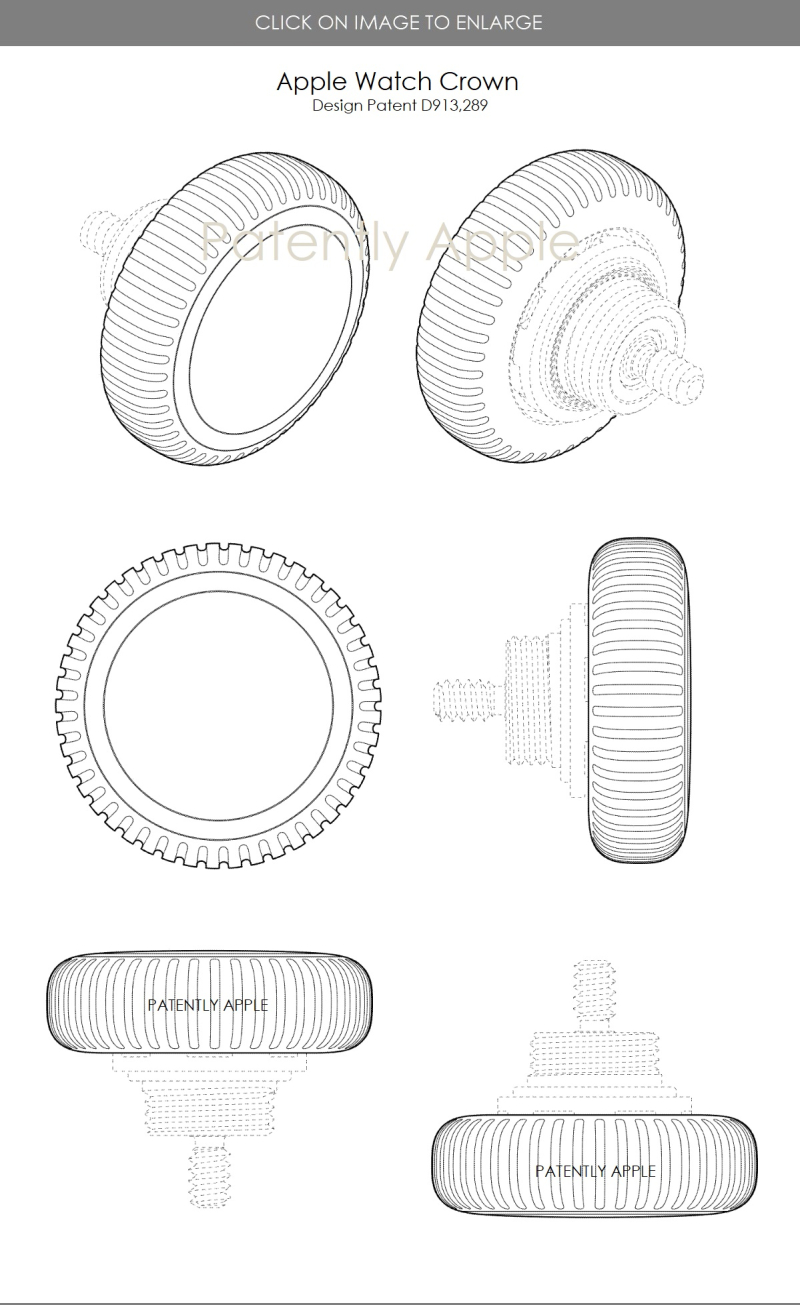 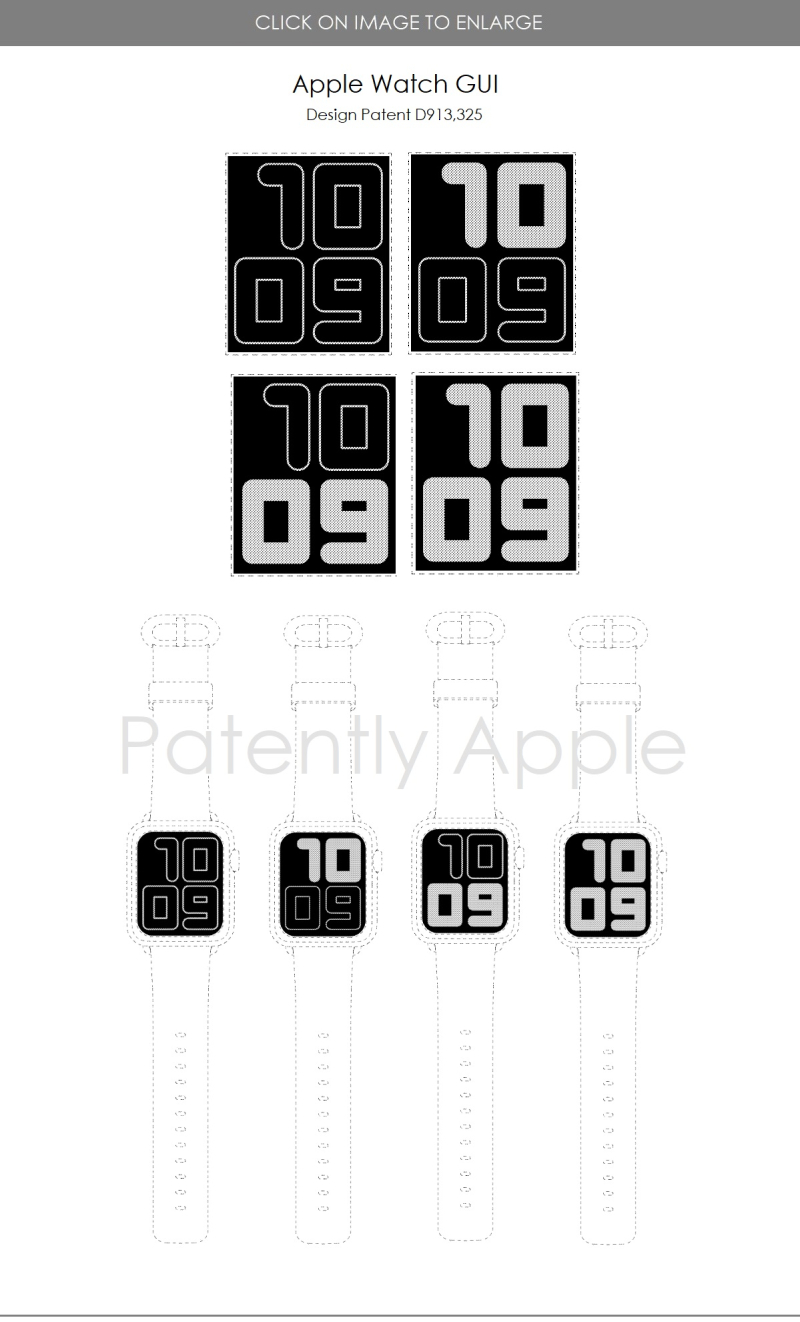 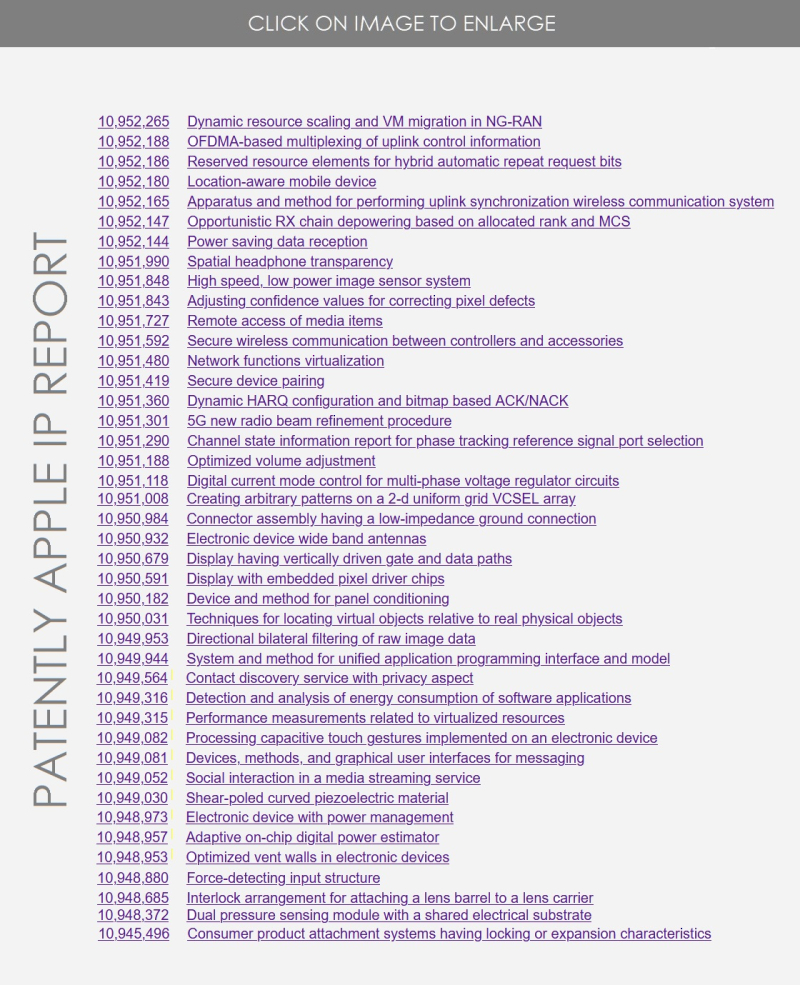