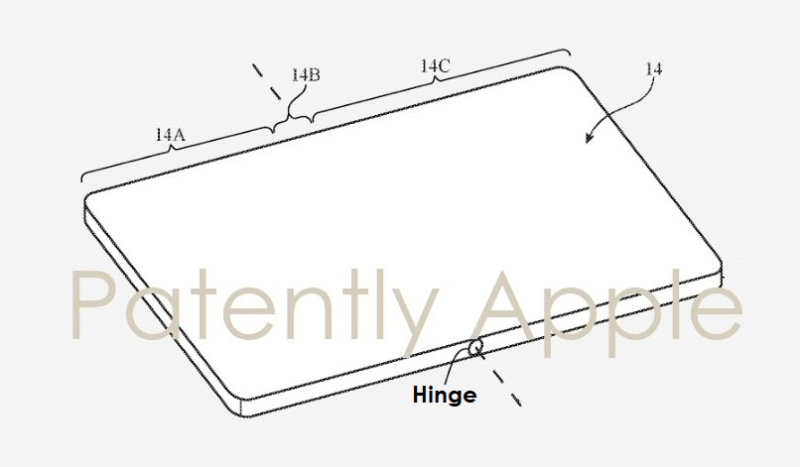 The U.S. Patent and Trademark Office officially published a series of 45 newly granted patents for Apple Inc. today. In this last granted patent report of the day, we briefly cover Apple's patent relating to a future display system for a foldable device that both protects the folding display from cracking and the magnetic locking system from jamming in cold weather. And as always, we wrap up this week's granted patent report with our traditional listing of the remaining granted patents that were issued to Apple today.

Protections for a Future Folding Display

Apple's patent covers a method of keeping the fold area of a foldable device warm, as a cold display could cause problems when folding.

Apple's patent FIG. 1 below illustrates a possible future foldable device or iPhone; FIG. 7 is display in which a screen saver is being presented to help heat a portion of the display overlapping a bend axis; FIG. 12 is a flow chart of illustrative operations involved in maintaining a bendable portion of a display above a predetermined temperature. 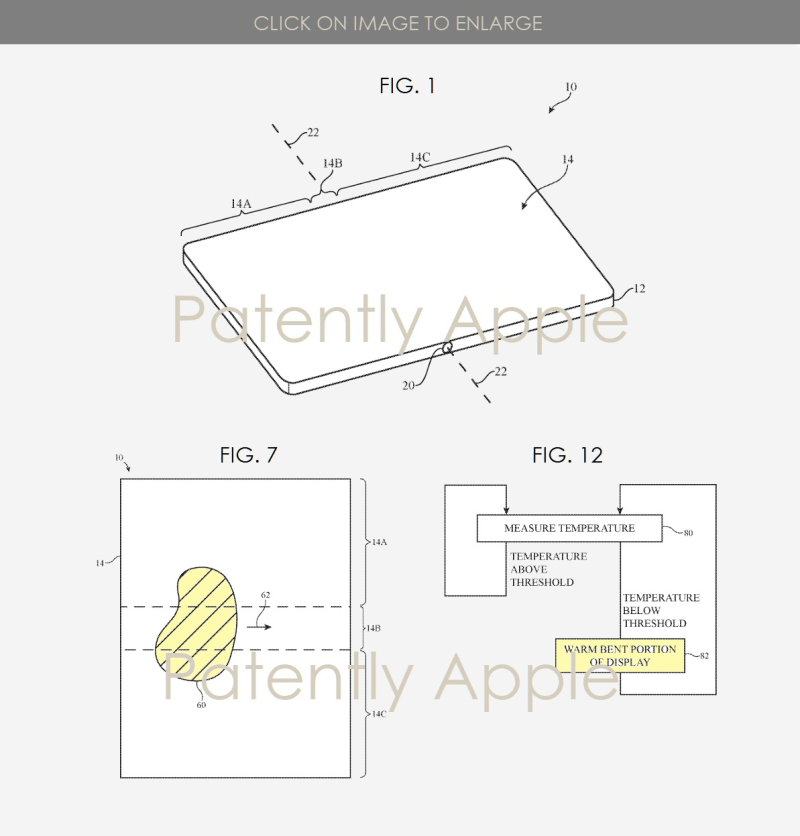 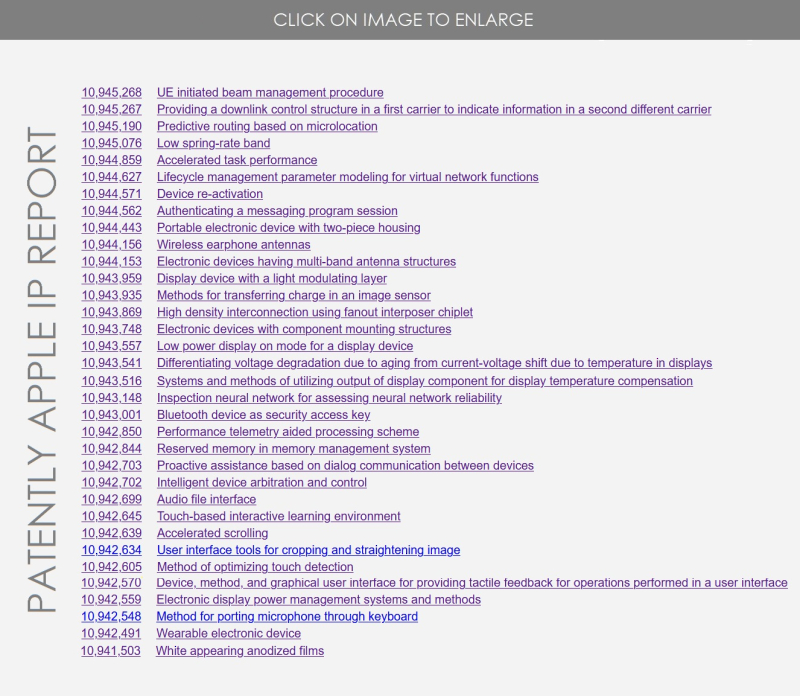