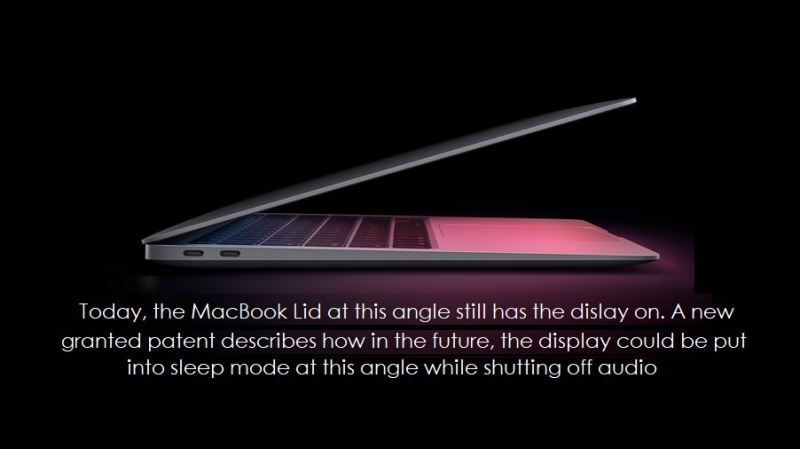 Today the U.S. Patent and Trademark Office officially granted Apple 3 MacBook patents. One covers the MacBook keyboard having retractable keys that could further slimline the MacBook when the lid is closed. The second covers a new magnetic system that is designed to put the display into sleep mode when it reaches a certain angle as presented in our cover graphic. The third patent covers new selective keyboard backlighting system allowing users to selectively make certain keys brighter than others which is good for gaming and beyond.

Bistable Retractable Keys on a MacBook

Apple's granted patent covers a future MacBook. While a MacBook may include a built-in keyboard with multiple individual movable keys, the height requirements of the movable keys lead to a larger overall device size. Accordingly, the patent covers a key retraction system and methods by which the keys may be retracted when the device is being stored (or in other modes).

For example, the keys of the keyboard may include a magnetizable material that can be selectively magnetized to either attract or not attract (or repel) a keycap. When the selectively magnetizable material is magnetized to attract the keycap, the keycap may be held in a retracted state, thus reducing the overall size and/or height of the keyboard.

Otherwise, the keycap may occupy an extended position. Further, because the selectively magnetizable material may maintain a persistent magnetic field without continuous electrical input, the keys may be maintained in the retracted state without a continuous application of electricity, which may be especially helpful in devices that are configured to operate on batteries and thus have limited onboard power supplies.

Accordingly, the key may be considered bistable--it may occupy an extended or retracted state without continuous application of electricity or an external force.

Apple's patent FIG. 1 below is that of a MacBook using the newly designed magnetic keyboard; FIG. 3A depicts a partial cross-sectional view of a retractable key mechanism in a first mode of operation; FIG. 3B depicts a partial cross-sectional view of the retractable key mechanism of FIG. 3A in a second mode of operation; FIGS. 5A-5B depict first and second examples, respectively, of selectively magnetizable magnets. 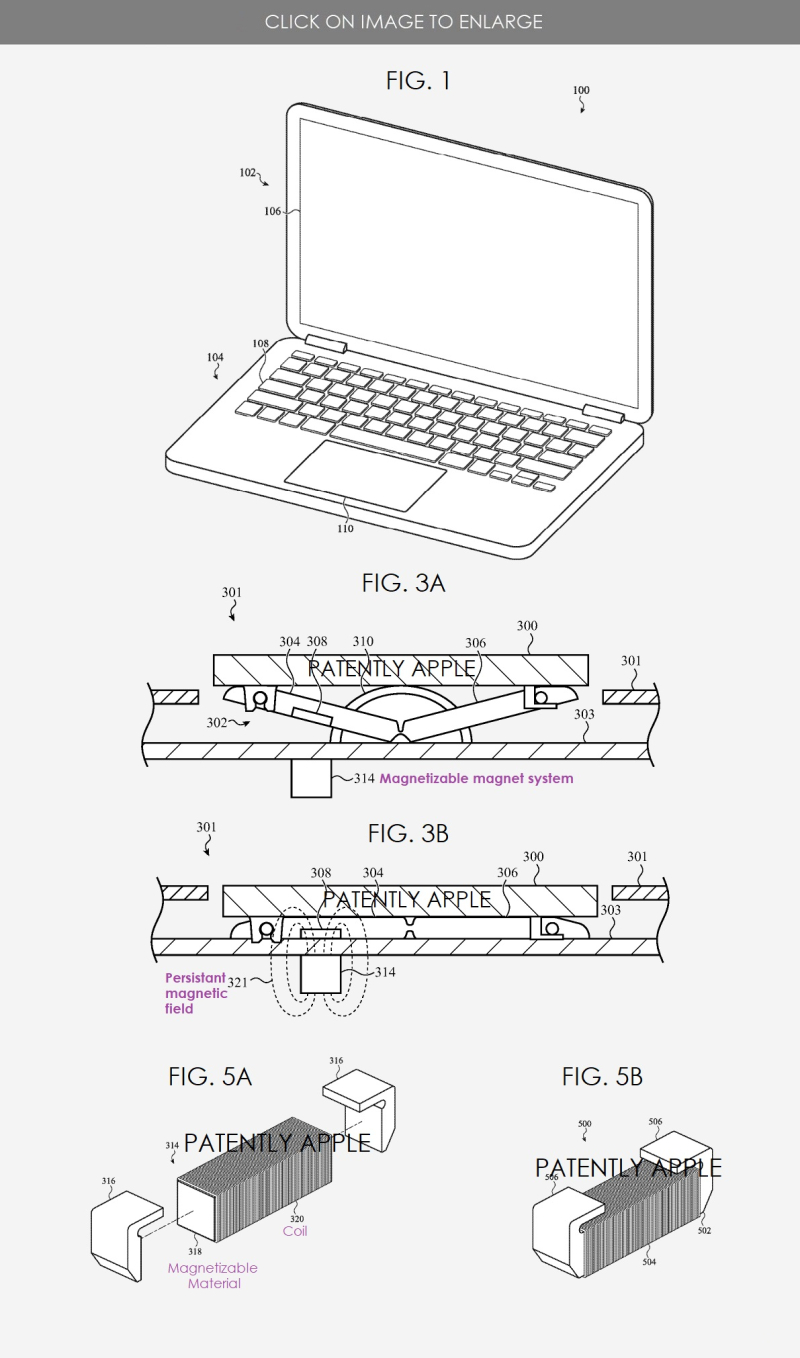 Magnetic Field Sensors in a MacBook

In a second MacBook granted patent, their work with magnets continues. In this granted patent Apple describes how partially closing the lid of a MacBook could automatically trigger the display to go to sleep and save power. 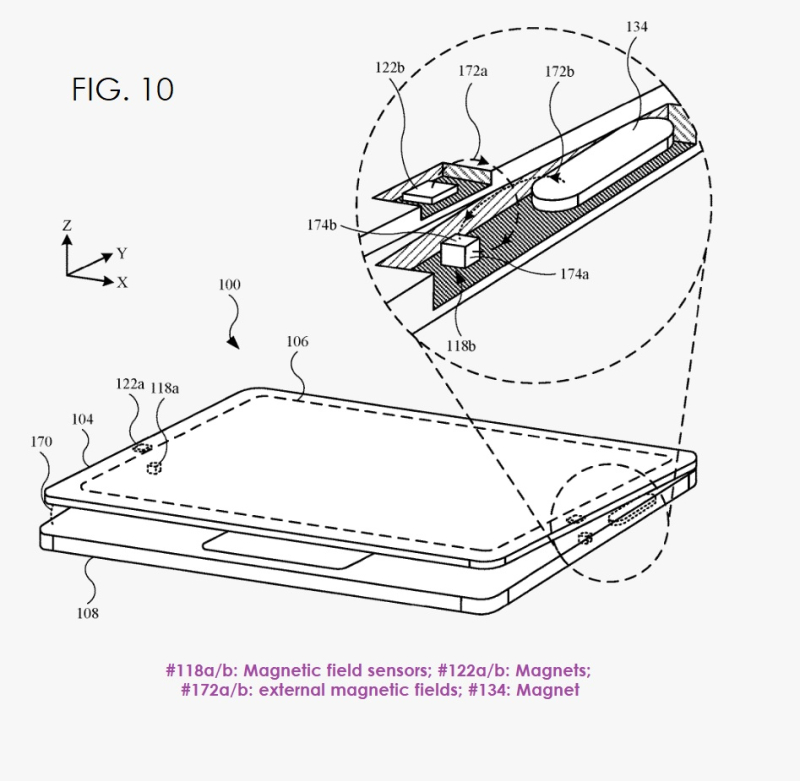 Apple notes that despite computers becoming more useful for a variety of personal, business, and manufacturing tasks, computing keyboards have hardly changed beyond their original design. Physically, some keyboards have improved by providing a single backlight that allows the user to see the keys of a keyboard better. However, such backlights are typically static and therefore do not provide any additional utility beyond improving the visibility of keys.