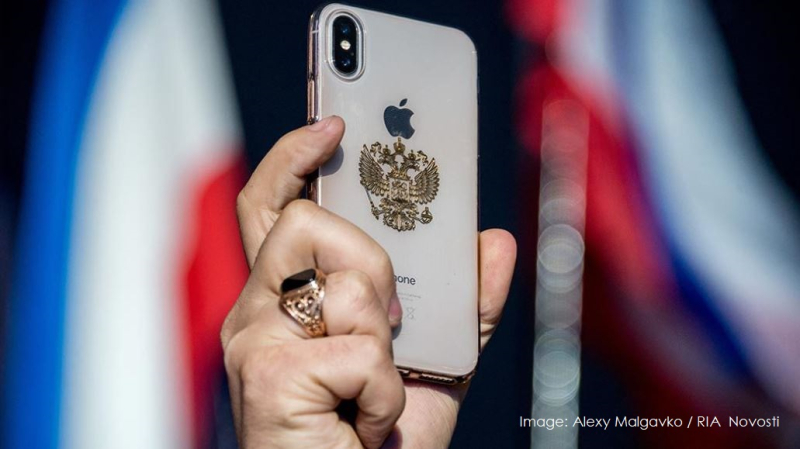 Back in November 2019 Patently Apple posted a report titled "According to a new Law, Apple will have to Offer Russian Alternative Software on all Devices starting July 2020." Then in August 2020 we posted a report titled "Russia's 'Federal Antimonopoly Service' found Apple Guilty of abusing its dominant market position in the area of Mobile Apps." Due to COVID-19 and other matters there were obvious delays in Apple's compliance with the new Russian law.

Today a Russian news site is reporting that Apple will be, as of April first,  offer pre-installed Russian software on iOS devices. The agreements stipulate that when you first turn on an Apple device purchased in Russia, during setup, the user will see a dialog box in which he will be prompted to install applications from the list approved by the government by default, according to sources. Reportedly it will be possible to refuse the installation by unchecking the boxes in front of certain applications.

According to a Vedomosti source in the Ministry of Digital Science, the issue of creating a selection of promising Russian applications in the App Store is currently being discussed with Apple: “The Ministry is not at all interested in the dominant position of popular programs included in the list for mandatory preinstallation. If alternative offers that are interesting to users and are rapidly gaining popularity appear on the market, they will be included in this selection and will also be offered for pre-installation."

The mandatory list approved by the government earlier this year includes products from Yandex, Mail.ru Group, Kaspersky Lab, Rostelecom, Channel One and other major Russian Internet and media companies. For more, read the full Russian report from Vedomost.