Home Archives Contact Us Subscribe Twitter MeWe Facebook Patently Mobile
Apple Invents a removable 8-camera system for Apple's future Mixed Reality Headset that could users with a 360º field of view
Over the past five years, Apple has been the top Acquirer of AI Companies 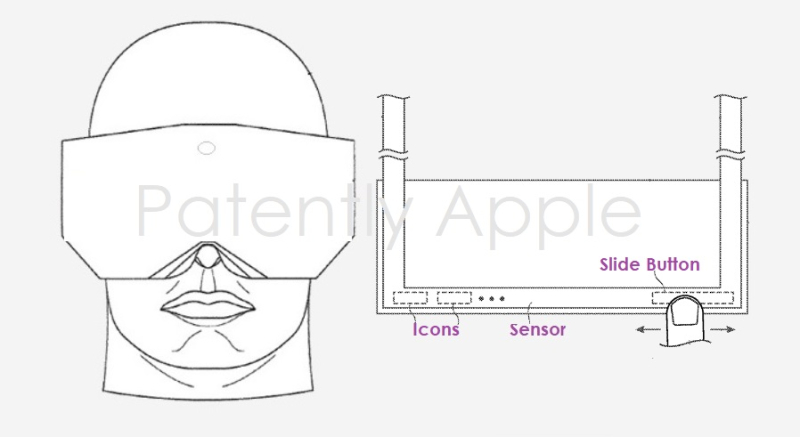 Today the US Patent & Trademark Office published a patent application from Apple that relates to control systems for a future Mixed Reality Headset in the form of touch zones using force and other forms of finger sensors that could be positioned on both the body and adjustable straps of the HMD. The system will also accept the use of in-air finger gestures.

Apple's patent covers one or more finger sensors that are configured to detect touch input, force input, and/or other input from an external object such as a user's finger may be included in the head-mounted device. A finger sensor may have an elongated shape that runs along a peripheral edge of an external display mounted on the front face. Finger sensors may also be located on other portions of a head-mounted support structure.

Apple's patent FIG. 1 is a top view of a Head Mounted Device (HMD); FIG. 2 is a side view of an illustrative electronic device with input-output components in the form of touch sensors, force sensors and proximity sensors to accept finger touches and/or finger in-air gestures. 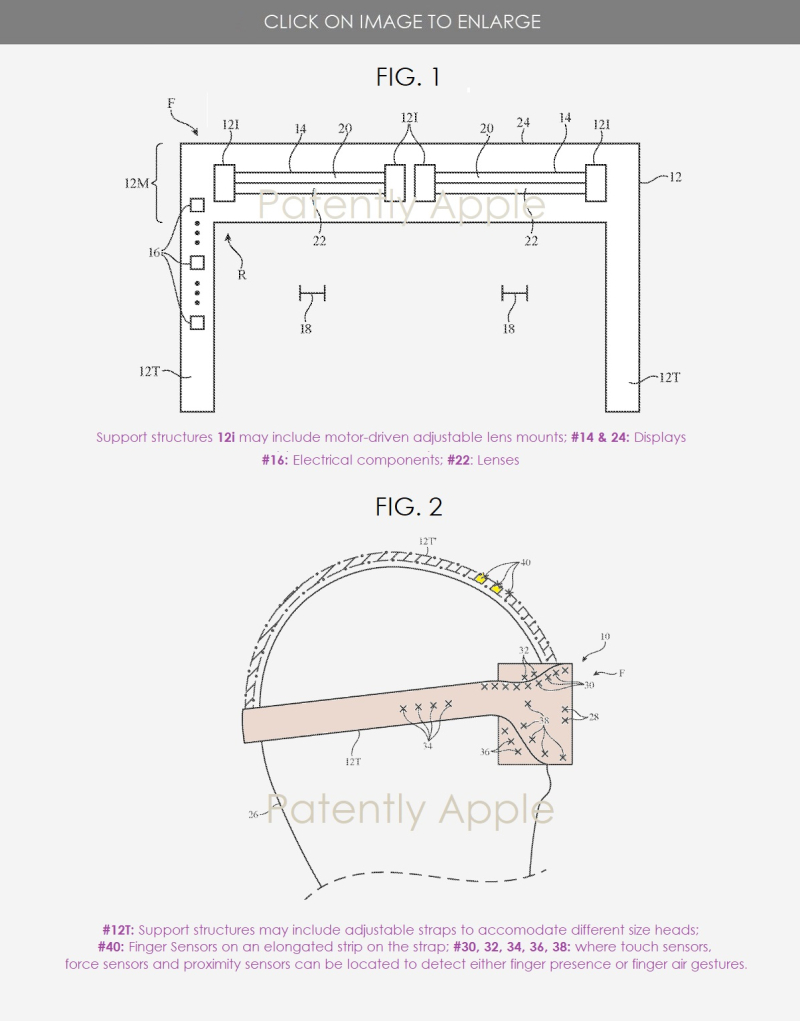 Apple's patent FIG. 4 below is atop view of an HMD with finger sensor areas that may include slider controls; FIG. 6 illustrates that the HMD may also provide display areas; and FIG. 8 is a perspective view of an illustrative finger sensor formed on a protruding support structure. This may be referencing the use of Apple's Digital Crown that was covered in a separate patent report this morning. 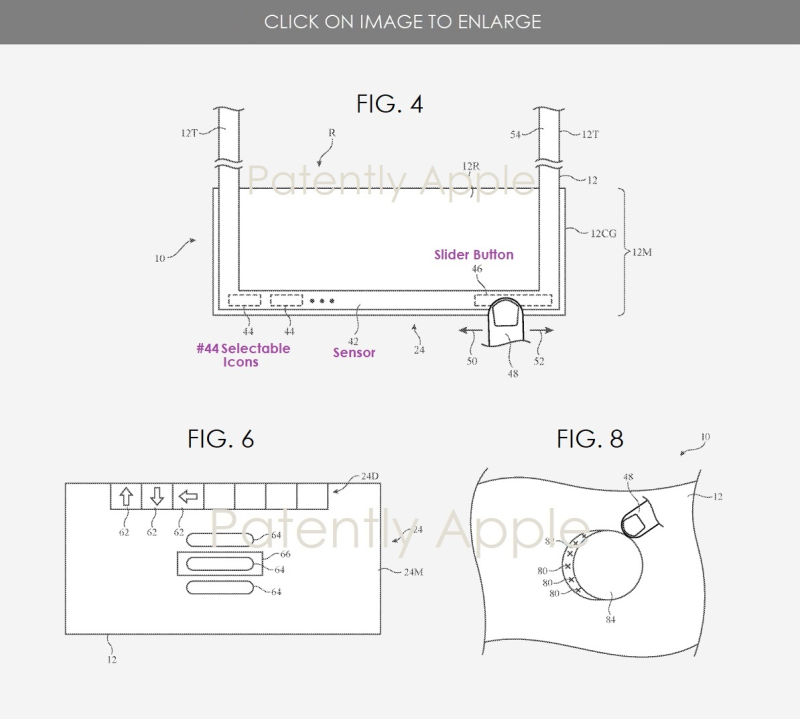