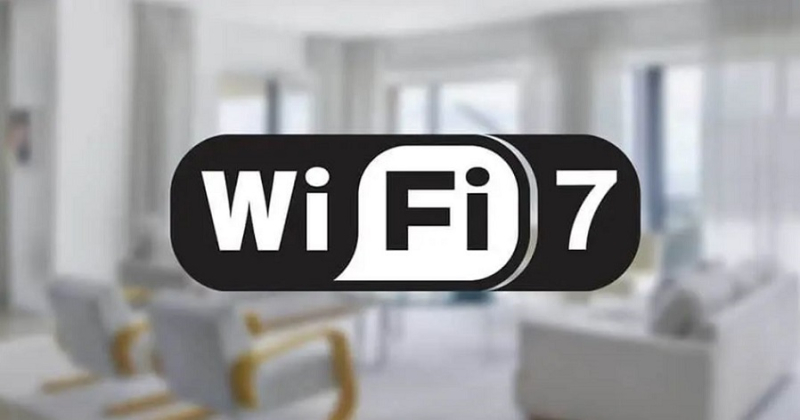 Yesterday the US Patent & Trademark Office published patent applications from Apple that revealed that they're already working on Wi-Fi 7 and considering a new metal can battery that could expand the battery size for longer battery life in future iPhones, iPads and MacBooks.

Apple is already working on Wi-Fi 7

The Institute of Electrical and Electronics Engineers (IEEE) 802.11be specifies extremely high throughput (EHT) for wireless local area networks. 802.11be designated as Wi-Fi 7. It will build upon 802.11ax, focusing on WLAN indoor and outdoor operation with stationary and pedestrian speeds in the 2.4, 5 and 6 GHz frequency bands. Development of the 802.11be amendment is ongoing, with a goal of an initial draft by March 2021, and a final version expected by early 2024.

Apple's patent application 20210076437 is highly technical that could only be appreciated by wireless engineers.

In the enterprise, this will benefit IoT and IIoT (Industrial version of the Internet of things) applications, such as industrial automation, surveillance, remote control and more. Consumers will also benefit from Wi-Fi 7 for gaming, AV/VR and video applications, and for smart-home services. For the technical side of Wi-Fi 7, you could check an article by Fierce Wireless.

Apple begins by noting that lithium-polymer batteries are commonly used as rechargeable batteries to provide power to a variety of electronic devices, including laptop computers, tablet computers, mobile phones and other devices.

Apple's invention provides a solution to this problem by having a battery with an electrode surrounded by a rigid or semi rigid housing that can be in close proximity to electronic components without interfering or damaging the electronic components. Apple calls this a metal can battery.

Apple's battery size for iPhones is one of the smallest in the industry and this patent suggests that future iPhones will be able to offer larger batteries, which would be appreciated.

Apple's patent FIG. 3 below is an illustration of an exploded view of a battery can system including a housing, rolled electrodes, and a connection module. 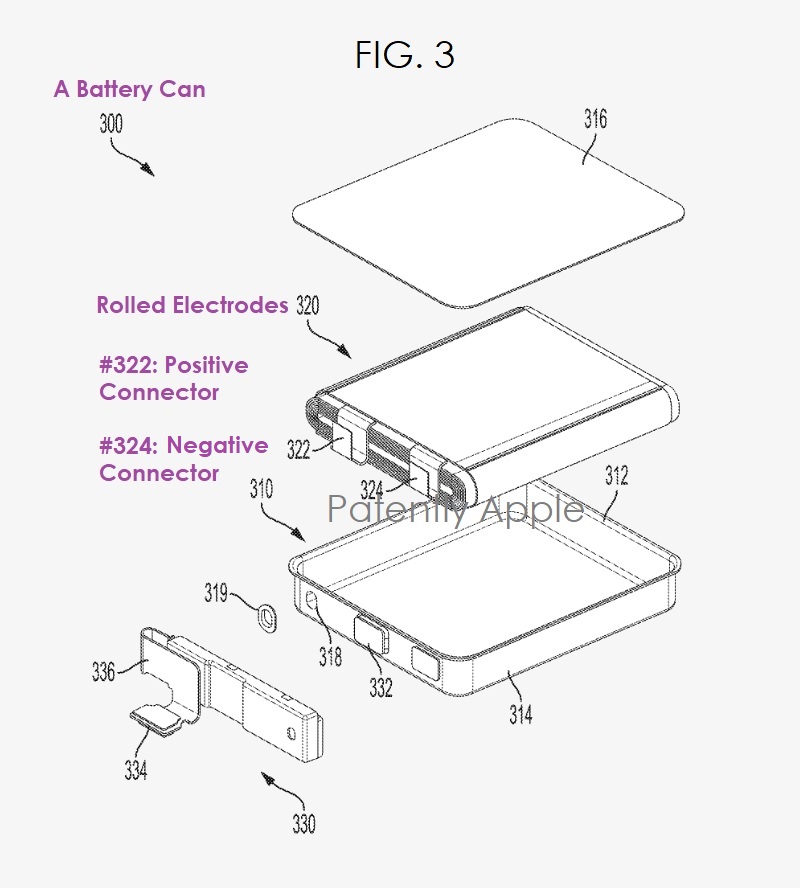 While the metal can battery system sounds like a winner, Apple has another engineering team working on another aspect of battery systems. The U.S. Patent Office published a second battery related patent application 20210075214 titled "Transient Power Management Circuit." One of the inventors is Nick Shourounis, an iPhone HW Engineer.

A third battery related patent titled "Methods for determining and controlling battery expansion was published yesterday. It's a continuation patent dating back to 2014. Apple canceled their original patent claims and replaced them with 20 new ones. See continuation patent 20210075068 for more if this subject matter interests you.

Posted by Jack Purcher on March 12, 2021 at 04:47 AM in 1A. Patent Applications, Devices, Components, Wireless Charging, Wireless technology | Permalink | Comments (0)