Apple Invents a Strobe Light Accessory for iDevices and MacBook 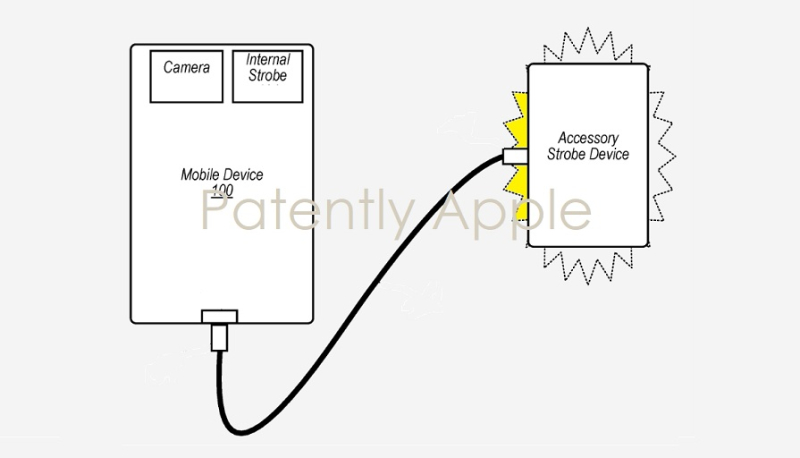 Today the US Patent & Trademark Office published a patent application from Apple that relates to a possible new strobe light accessory that could be used with an iPhone, iPad, MacBook and more. The accessory could be connected via Lightning or wireless.

As part of the patent's background, Apple states that small, mobile multipurpose devices such as smartphones and tablet or pad devices commonly have one or more cameras for taking pictures. An internal strobe or flash positioned near the camera is typically provided on such multipurpose devices as well. These devices may also include programming that determines whether the strobe is to be used in taking a picture (e.g., based on ambient light conditions) and/or the duration and intensity of strobe illumination while the picture is taken. A metering phase (or state) on the device is typically used to determine whether the strobe is to be used and, if used, the duration and intensity of the illumination.

Apple's invention covers an accessory strobe device that is capable of mirroring the output of an internal (built-in) strobe of a mobile device. 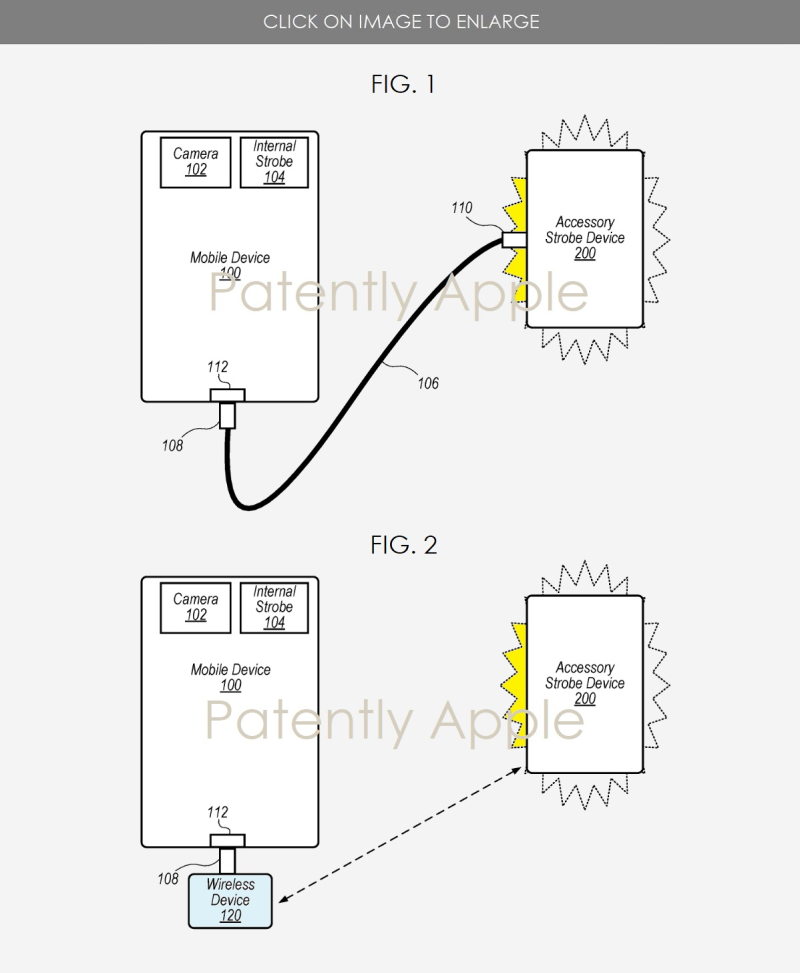 Apple's FIG. 2 depicts a representation of an embodiment of mobile device #100 coupled to accessory strobe device #200 using wireless device #120. The wireless device may be, for example, a wireless dongle or other wireless transmitter/receiver device coupled to port #112 using connector #108 (Lightning port and connector).

In some embodiments, the connector and wireless device are integrated into a single device. The wireless device may be capable of transmitting and receiving signals using one or more wireless transmission protocols such as, but not limited to, IRDA, Wi-Fi, and Bluetooth.

Apple's patent FIG. 4 below depicts a block diagram of an embodiment of the strobe device (#200). 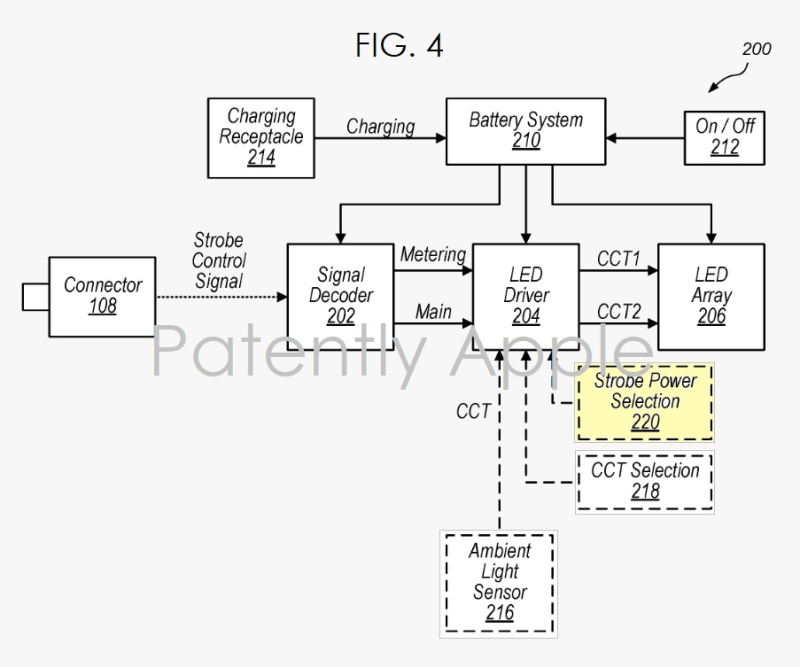 For camera buffs, there's a lot of finer details to explore in this patent filing. Check out  Apple's patent application number 20210068217 for more.

For the record: The US Patent Office didn't publish today's patent application until sometime after 6 or 6:30 a.m. PST instead of their traditional time frames. This of course delayed our reporting this morning.