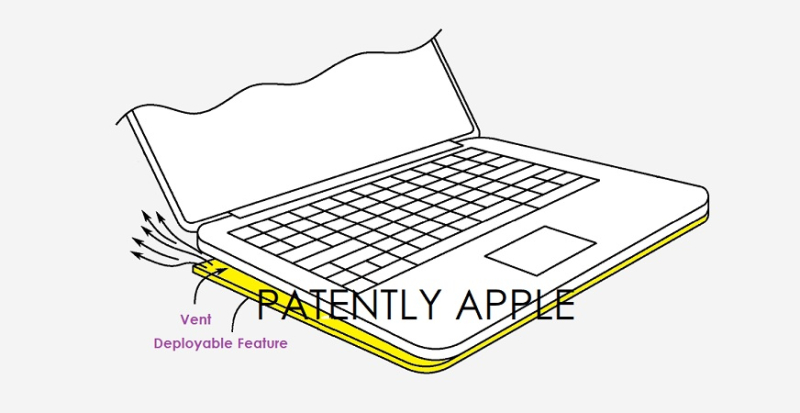 Today the US Patent & Trademark Office published a patent application from Apple that relates to the introduction of a new deployable feature on future MacBooks. In some examples, the deployable feature can function, in whole or in part, as a foot, a stand, and/or another support structure for the base portion of a MacBook. In another example, the feature acts as a venting system to keep the MacBook running cooler.

A Deployable Feature for MacBooks Apple's patent FIG. 18B represents an alternative design. The figure illustrates  the bottom rear perspective view of a MacBook with the deployable feature in an un-deployed position. In patent FIG. 18A we're able to see a bottom rear perspective view of the MacBook including a deployable feature in a deployed position. In this configurations Apple hides all ports or additional ports. 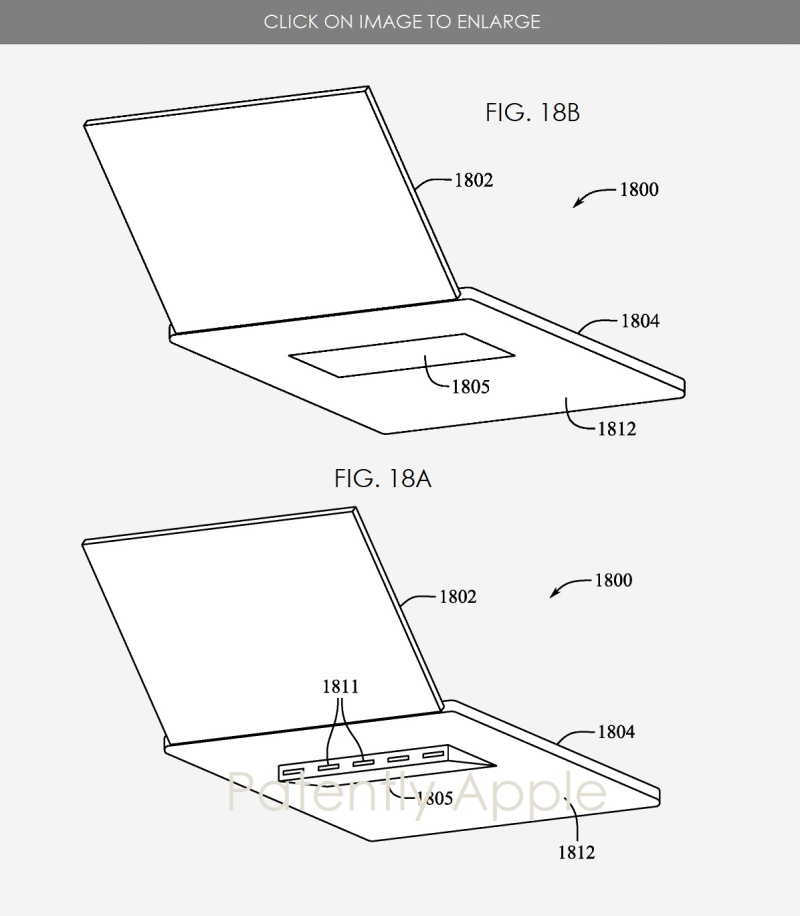