Home Archives Contact Us Subscribe Twitter MeWe Facebook Patently Mobile
In Q4 2020 Apple outpaced their competition with dramatic growth in the Middle East Gulf Region
On April 16, Apple TV+ will debut 'The Year Earth Changed' Documentary along with Season 2 of both 'Tiny World' & 'Earth at Night in Color' 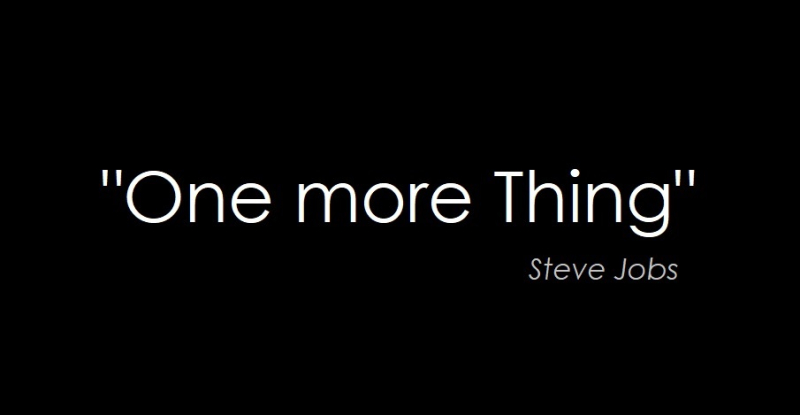 The famous Steve Jobs line, "One more thing,' was used at the end of certain event keynotes as a signal to the audience that there was one last big surprise to end the keynote. While Apple had been battling stop the Swiss Watch maker 'Swatch' from owning that trademark, a European judge in London ruled against Apple in favor of Swiss watchmaker Swatch Group AG.

Back in August 2015, Patently Apple posted a report titled "Swiss Watchmaker Swatch Sticks it in Apple's Eye with new Trademark 'One More Thing'."

The dispute with Swatch extended to other trademarks including the watchmaker’s move to register ‘Tick Different’ evoking Apple’s own slogan of ‘Think Different’.

Jobs’ successor Tim Cook revived Job’s ‘One more thing’ line in 2015 specifically for the launch of the Apple Watch. For more on this, read the full BNN Bloomberg report.

While Swatch owns the 'Swatch One More Thing' trademark, the rest of the tech-world understands it will always be one the charming phrases from a Steve Jobs keynote.