Home Archives Contact Us Subscribe Twitter MeWe Facebook Patently Mobile
In 2020 Apple Watch was the Global Leader, Tripling Second Place Huawei's Shipments
Is setting up a Wireless Network at Home a bit confusing? Well, Apple is working on a new App for that 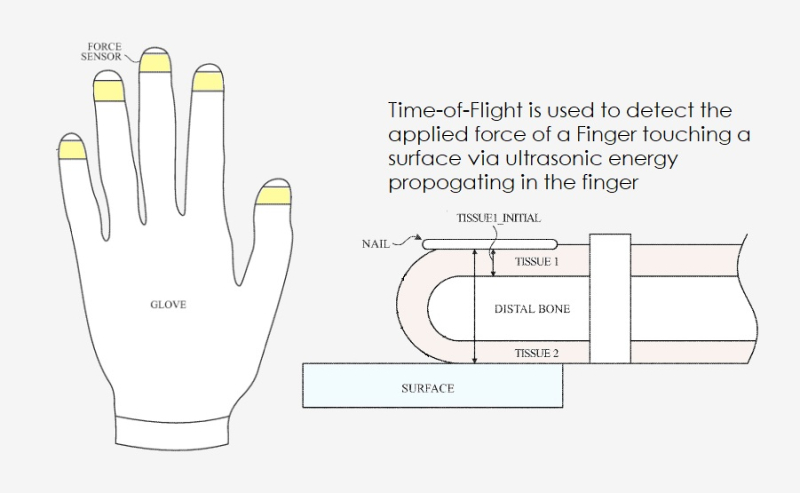 Apple has been working on a VR gloves project since at least 2011. Patently Apple has posted at least four reports covering the progress of this invention (01, 02, 03 & 04). Yesterday the US Patent & Trademark Office published another patent application from Apple relating to this project titled "Ultrasonic Force Detection."

Apple states that an amount of force can be determined using time-of-flight (TOF) techniques of one or more ultrasonic waves propagating in the user's body.

In some examples, an electronic device including a transducer (e.g., a piezoelectric transducer) can be coupled to a digit (e.g., a finger), and can transmit ultrasonic waves into the finger. As the wave propagates through the thickness of the finger, a reflection of at least a portion of the transmitted wave can occur due to the bone and/or due to reaching the opposite side of the finger (e.g., finger pad).

In some examples, the amount of force can be determined based on a distance between the transducer and the bone (or a change in the distance compared with a zero-force baseline).

Ultrasonic force detection can be used independent of, or in conjunction with, other touch sensing techniques, such as resistive, optical, ultrasonic and/or capacitive touch sensing.

It is understood that the sensitivity of the force measurement may depend on the information available about the mechanical properties of the finger. In some examples, determining the amount of force may refer to measuring a quantity proportional to the amount of applied force (e.g., with relatively low sensitivity that may not accurately measure the applied force).

For example, when the quantity that is proportional to the amount of applied force indicates an applied force above a threshold, the system can determine contact between a finger and a surface (or a force/press input).

When the quantity that is proportional to the amount of applied force indicates an applied force below the threshold, the system can determine that the finger is not contacting the surface (or not providing a force/press input). Such contact/non-contact status may be useful to differentiate between proximity of a finger to a surface and contact of a digit and the surface (e.g., when using an image sensor or camera to detect position/contact of the digit) and/or to detect force/press inputs.

In some examples, the amount of force can be measured more precisely (e.g., with relatively high sensitivity that may accurately measure the applied force or at least provide a more sensitive force detection than simply contact/non-contact status). For example, mechanical properties of the finger/tissue may be known (or estimated using empirical data or calibration, for example), such that TOF readings can be more accurately translated to an amount of force. 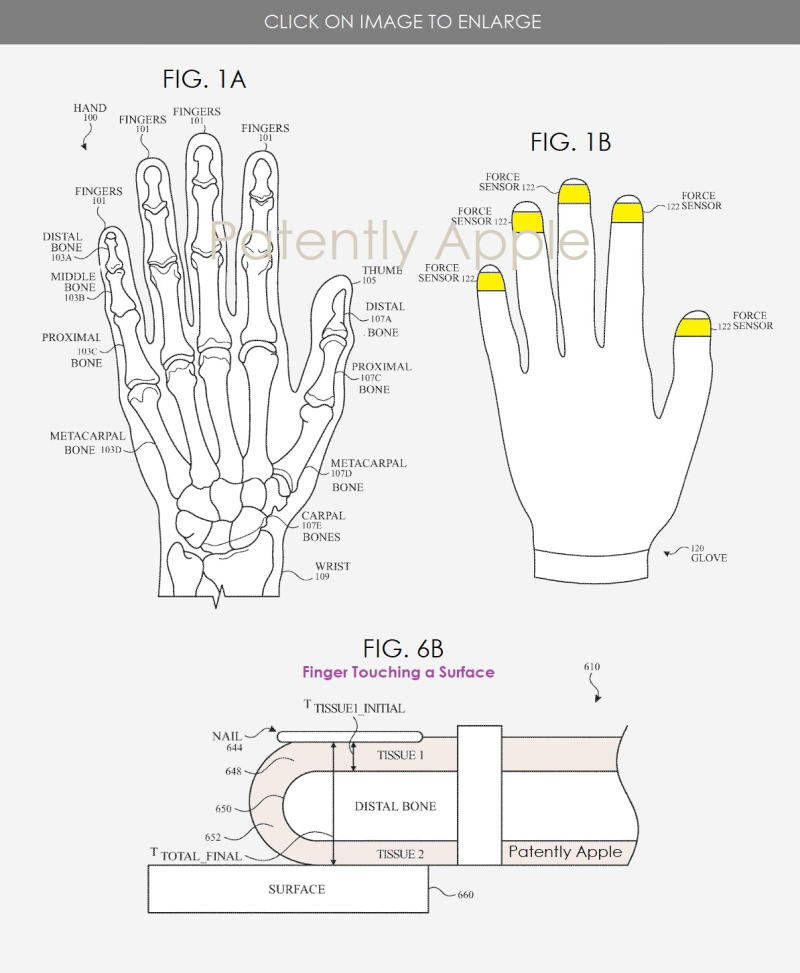 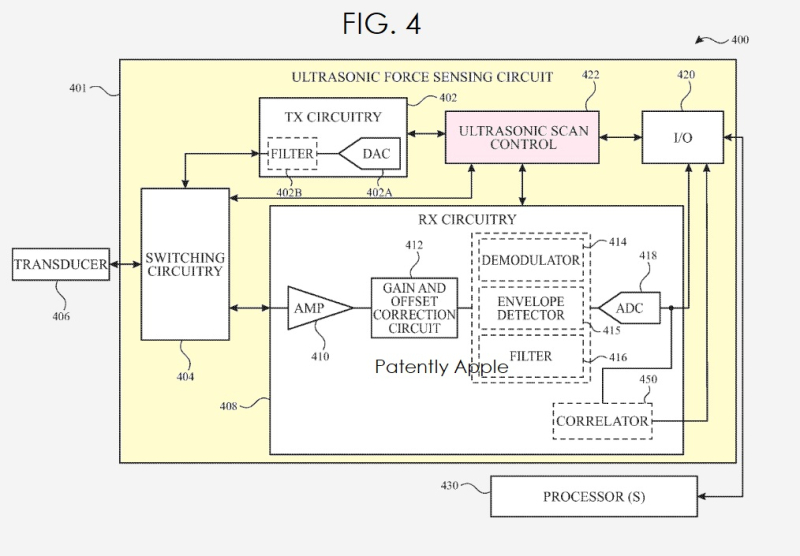 There is a tremendous amount of detail to review in Apple's patent application number 20210064177.