Home Archives Contact Us Subscribe Twitter MeWe Facebook Patently Mobile
UnitedMasters, an Independent Music Artist Distribution Platform, has secured a $50 Million 'Series B' Investment Led by Apple
Apple is constructing one of the largest battery projects in California along with other energy projects with the help of over 110 Suppliers

Apple Chips will be advancing to the Armv9 Architecture, the first major update in a decade that will advance AI, AR/VR, 5G and Security 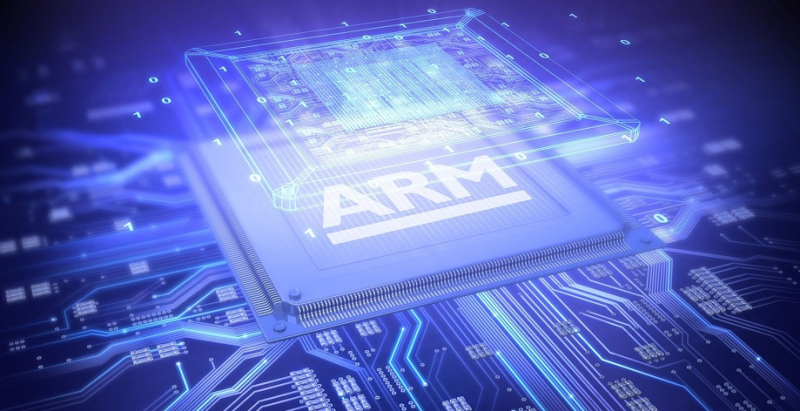 Apple's A-Series chips may be getting a fundamental boost. In response to the development of AI, Internet of Things and other developments, the IP giant ARM Ltd. announced late yesterday that it will launch a new Armv9 architecture. This is the company's first new Arm architecture in the last decade. It's to roll out at the end of this year. At this point in time, it's unknown when Apple's adoption of this new architecture will take place.

The latest Arm architecture updates deliver the power of specialized processing with the economics, design freedom, and accessibility of general-purpose computing. Arm CEO Simon Segars reveals how Arm empowers the broadest set of developers in the arm video below.

Arm had announced Armv8 chip infrastructure back in 2011. Arm has said that Armv9 provides three key improvements as compared to the previous architecture – faster performance, better AI performance as well as security.

Arm introduced the Arm®v9 architecture in response to the global demand for ubiquitous specialized processing with increasingly capable security and artificial intelligence (AI). Armv9 is the first new Arm architecture in a decade, building on the success of Armv8 which today drives the best performance-per-watt everywhere computing happens.

Simon Segars, chief executive officer, Arm: "As we look toward a future that will be defined by AI, we must lay a foundation of leading-edge compute that will be ready to address the unique challenges to come. Armv9 is the answer. It will be at the forefront of the next 300 billion Arm-based chips driven by the demand for pervasive specialized, secure and powerful processing built on the economics, design freedom and accessibility of general-purpose compute."

The new capabilities in Armv9 will accelerate the move from general-purpose to more specialized compute across every application as AI, the Internet of Things (IoT) and 5G gain momentum globally.

As far as AI processing goes, Scalable Vector Extension 2 (SVE2) would be a part of the Armv9. The technology has been designed so that digital signal processing and machine learning tasks can be carried out in a better manner. It is expected that AR, VR, 5G systems and ML workloads, including voice recognition and image processing, would all be benefitted by this.

The general performance would also be improved with Armv9, which is hoping that CPU performances would be increased by more than 30% over the next two generations. The company has said that all of the existing software would be able to function on processors based on Armv9 without any issues.

Apple is usually silent when it comes to providing testimonials and this time is no different. However, many of Apple's competitors such as Samsung, Oppo, Vivo, Google (for Android), Xiaomi and others have all signed on and below are a few statements of support for armv9:

Samsung Electronics: "Arm’s next-generation Armv9 architecture offers a substantial improvement in security and machine learning, the two areas that will be further emphasized in tomorrow's mobile communications devices. As we work together with Arm, we expect to see the new architecture usher in a wider range of innovations to the next generation of Samsung’s Exynos mobile processors." Min Goo Kim, executive vice president of SoC development at Samsung Electronics.

OPPO: "OPPO’s smartphones powered by Arm technology bring the right level of performance, power efficiency and security for our users. Arm’s commitment to innovation with the new Arm v9 architecture will enable the industry to create new, smarter and even more secure experiences in the future." Levin Liu, OPPO Vice President and Head of OPPO Research Institute

Google: "Improving the security of connected devices requires close collaboration between both software and hardware teams, and our partnership with Arm is a great example of how to do co-development right. Mitigating memory-related vulnerabilities is hugely important for improving security across a wide range of connected devices, and we look forward to seeing how MTE helps raise the bar for security across the industry." Dave Kleidermacher, vice president of Engineering for Android Security & Privacy at Google.