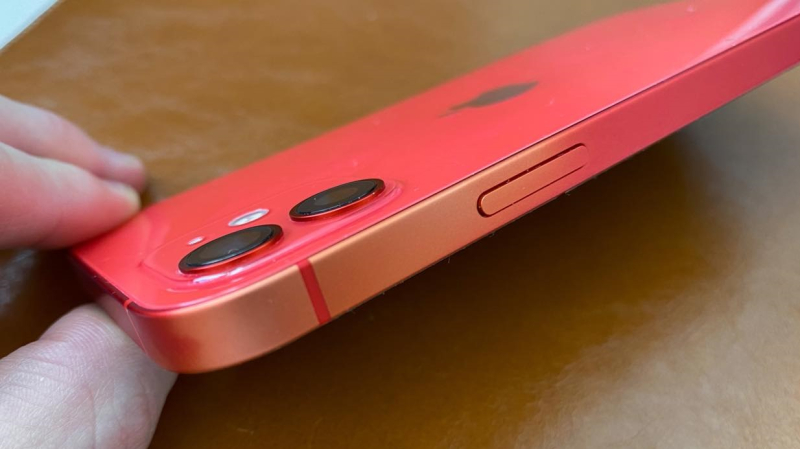 Yesterday the US Patent & Trademark Office published a patent application from Apple that relates to methods for doping the metal oxide coating of a metal iPhone band with a foreign atom such as to impart the enclosure with a color. The system further prevents color fading as seen on a recent iPhone as noted in our cover graphic.

Our cover graphic of fading color on an iPhone is from a March 12th report by a Slovakian Apple site called "Svetapple" that asks the question "Does Apple have a color problem?" We first noticed the report on MacRumors this past Monday.

The incident is interesting because Apple's patent published yesterday covers a solution for this fading color issue. The question becomes, is Apple's patent yet to be implemented to avoid fading colors on iPhones in the future or did their invention not work in the case of the red colored iPhone in the photo. More than likely it’s the former.

Apple notes in their patent background that "Enclosures for portable electronic devices may be manufactured from different types of metals, which may be colored with dyes in order to improve their aesthetic appearance. For example, anodized coatings may be colored with various dyes. However, the color of these dyed anodized coatings is susceptible to fading and chipping when the enclosures are subjected to environmental exposure (e.g., UV exposure, saltwater exposure, mechanical damage, etc.). Accordingly, there is a need to provide a most robust manner for coloring these enclosures."

Apple's invention covers various embodiments that relate to a metal oxide coating that is intentionally doped with a foreign atom or impurities. More particularly, the described embodiments relate to methods for intentionally doping the metal oxide coating of an enclosure for a portable electronic device with a foreign atom such as to impart the enclosure with a color. 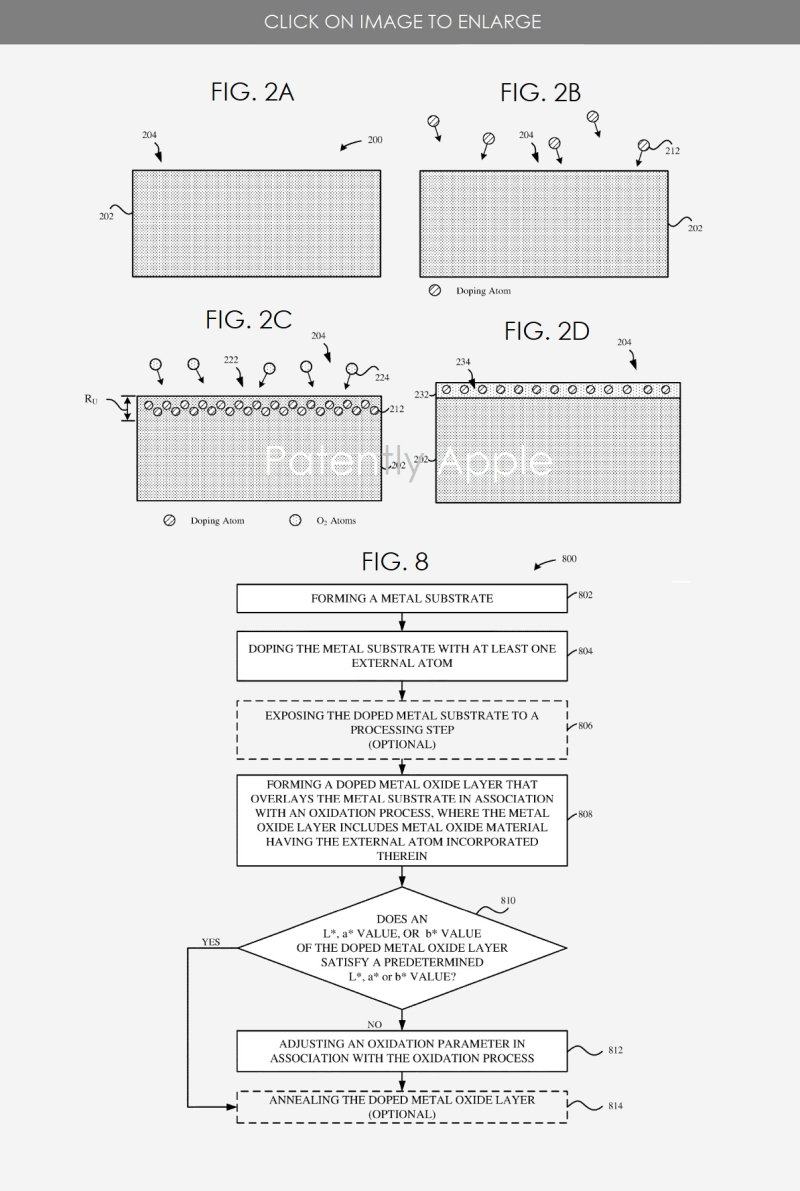