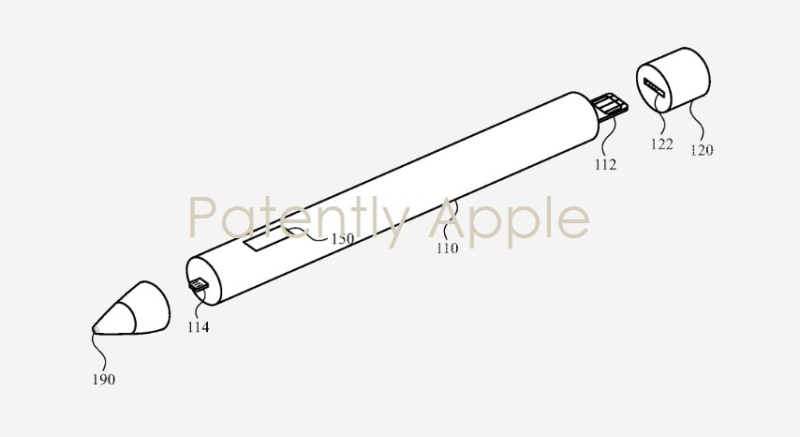 This version of Apple Pencil could also include a tip module with ink, paint, lead, or graphite, according to the patent. Whether this part of the patent comes to market is unknown at this time.

There are dozens of patents on record that Apple could choose  from to bring new features to Apple Pencil over time.

It's unknown at this time if the rumored photo from Mr. White is fake or possibly a past or current prototype that is subject to change. 9to5Mac first discovered the rumor this morning.