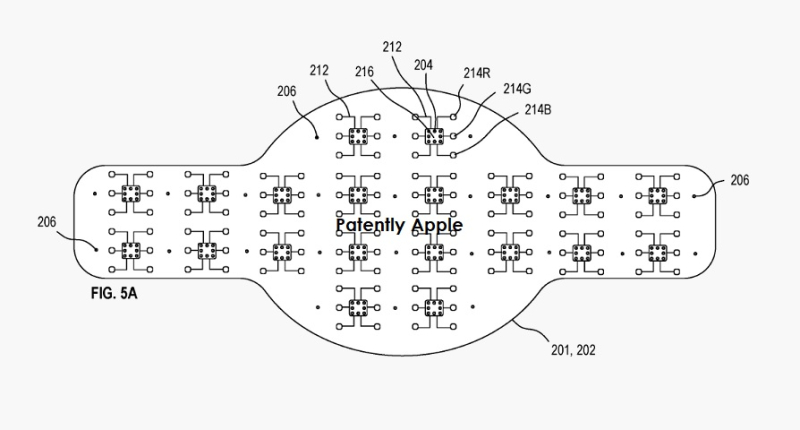 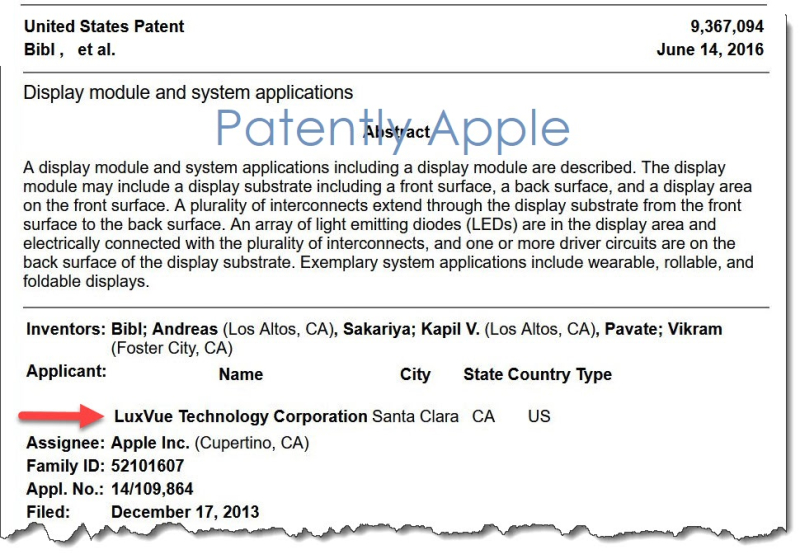 While another Apple site calls this patent a "newly granted patent" today, technically it's a granted patent from a very long list of continuation patents.  The inventors listed on the patent are those from LuxVue with no original Apple engineers participating in this watch patent during its many, many updates.

The patent is about display module packages including an array of LEDs and system applications. Focusing on the design or form factor of this granted patent is not what this patent is about. This is not a design patent and to bank on that angle for a report misses the boat completely.

Today's granted patent is from a continuation patent. So, what's actually new in this granted patent. Well, it's not the form factor to be sure. It's about the U.S. Patent Office granting Apple the 15 all new patent claims that they filed for back in May 2020.

The patent claims have nothing to do with the form factor, and never have. The patent figure of a watch was used to generically illustrate that a watch could be one of the devices that the invention could be used for. A patent about new module packages and systems.

The 15 newly granted patent claims published today include the following:

I realize that promoting the fantasy of a new Apple Watch form factor could be appealing, but at the end of the day, it's misleading. To review the update in the patent claims of this acquired patent, see Apple's granted patent 10,957,678.

Our cover graphic illustrates patent FIG. 5 which illustrates an array of LEDs and microchips that could be applied to a display area where the array of microchips overlaps the plurality of through vias. The patent points to other devices that the technology could apply to.

The patent notes: "For example, the display panel may be incorporated into a smartphone or tablet and folded into various configurations." A generic watch was only one example device and never the focus of the invention.