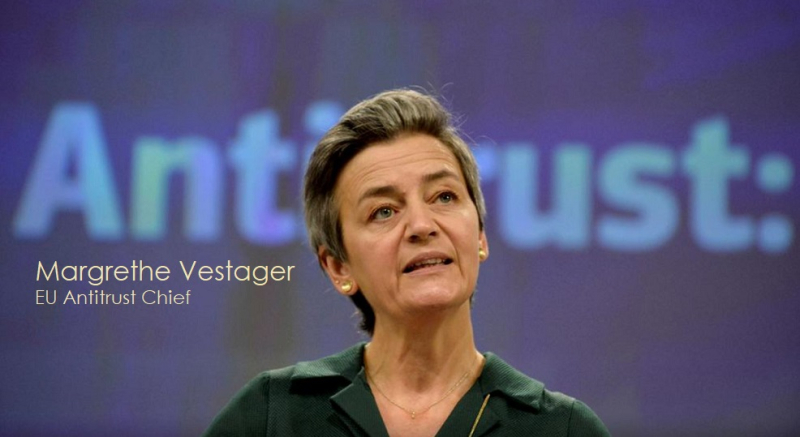 On January 28th Patently Apple posted a report wherein we noted that Facebook's CEO lashed out at Apple during their Quarterly Earnings call by accusing Apple of squashing competition under the guise of privacy protection. Today, the EU's antitrust chief applauded Apple's move to protect privacy which marks Facebook's position on the matter as being the wrong side of the issue.

Today the European antitrust chief, Margrethe Vestager told Reuters that Apple's new privacy feature is similar to one that her office unveiled last year to curb the powers of U.S. tech giants and allow consumers to have more control of their personal data. Furthermore,  "It is a very good thing to have a clear opt-out option. If you look at the Digital Services Act, the Digital Markets Act, these are some of the solutions we are looking at there."

However, Vestager also warned Apple that it must give equal treatment to all apps on its platform amid the iPhone maker’s privacy changes that have drawn charges of anti-competitive practices from rival Facebook Inc.

Vestager said while the issue is privacy-related, it can morph into an antitrust issue if Apple tilts the level playing field.

“It can be competition if it is shown that Apple is not treating its own apps in the same way,” she told Reuters in an interview on Monday.

Vestager said so far she has not received any complaint about Apple’s changes. For more, read the full Reuters report.

In a second Patently Apple report posted on January 28th we presented a video speech given by Apple's CEO at the CPDP21 Conference on the issue of privacy. If you happened to have missed it, you could review the full video below.