If you're going to speculate about Apple future vehicle partner, why not dream big. According to Sanford C. Bernstein analysts, "BMW AG could make for a strong ally for Apple Inc. that would pair its car project with leading innovation and manufacturing know-how." 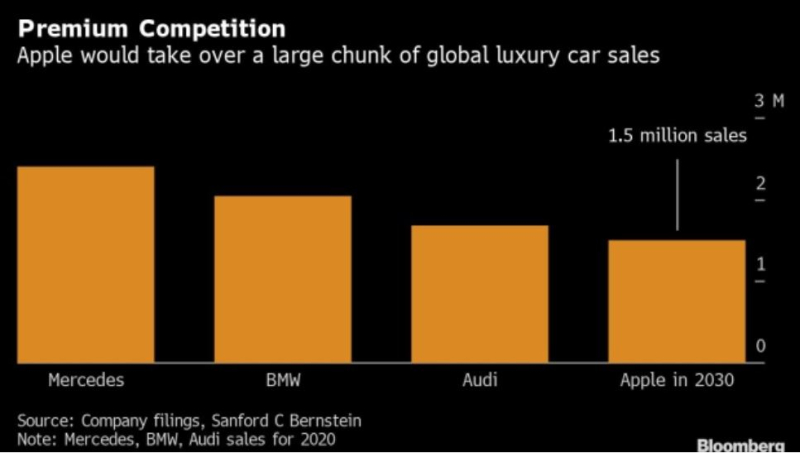 Bernstein added that "Traditional carmakers will be very careful when exploring a manufacturing partnership with Apple. Any manufacturer “does not want to end up becoming a mere enabler for the one of the world’s largest and best financially equipped tech players."

The new Bloomberg report states that "Apple’s secretive plans for a car have lit up parts of the global car industry in recent months, after the iPhone-maker’s project regained momentum with new hires and talks with potential partners. While discussions have focused on Asian carmakers like Hyundai Motor Co., it’s not the first time BMW’s name has entered the mix.

Analysts Arndt Ellinghorst and Toni Sacconaghi said in a recent report" "In our view, BMW would be the ideal partner for Apple. Both companies have a leading innovation claim, superior brand equity and design and are excellent in global manufacturing and value chain management.”

About half a decade ago, reports surfaced of Apple Chief Executive Officer Tim Cook visiting BMW’s Munich headquarters. Senior Apple executives traveled to the German luxury-car maker’s Leipzig factory to study how the quirky i3 electric hatchback was made. For more, read the full Bloomberg report.