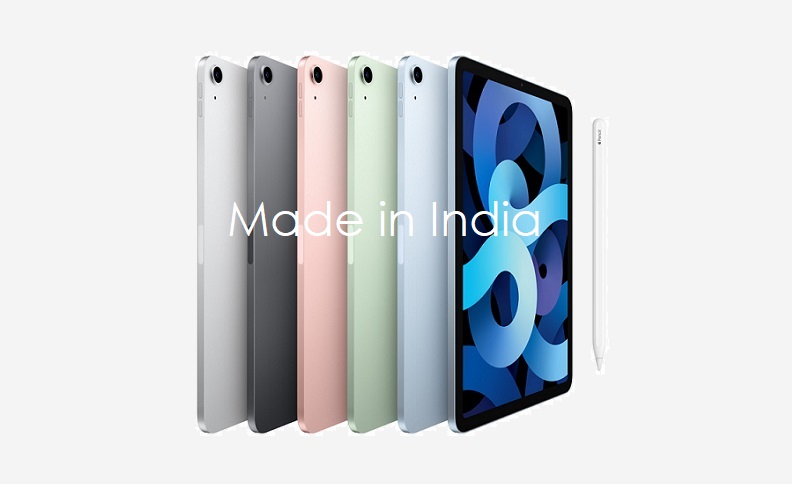 Last week Patently Apple posted a report titled "The Indian Government is providing Apple with Incentives to Produce iPads in India." The report noted that the Indian the government was preparing to unveil another incentive to drive local manufacturing of IT products including tablets, laptops and servers, three sources closely involved in the drafting of the plan.

The report further noted that "The new performance-linked incentive (PLI) scheme, which offers cash-back to manufacturers for exports, will have a budget of up to 70 billion rupees ($964.5 million) over five years, the sources said. It’s expected to be launched by the end of February.

In India, Apple will likely have iPad’s assembled by one of its existing suppliers in the country as early as this year, two of the sources said."

Today, Reuters is reporting that India’s cabinet on Wednesday approved a 73.5 billion rupee ($1.02 billion) plan for boosting the local manufacturing and export of IT products such as laptops, tablets, personal computers and servers, the country’s technology minister said.