Home Archives Contact Us Subscribe Twitter Facebook Patently Mobile
Apple has been granted a Patent for an iPhone with a Flip Phone Form Factor that supports recent rumors
A U.S. District Judge has rejected a lawsuit claiming that Apple's Siri was Eavesdropping on users 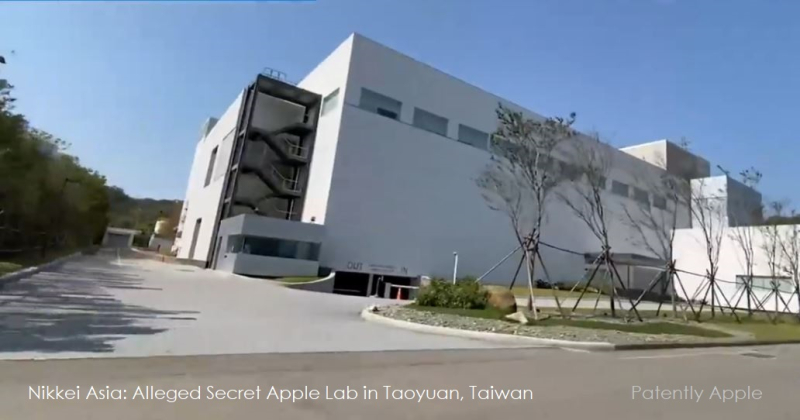 Last summer Patently Apple posted a report titled "Apple's Future AR Glasses have Reportedly begun an initial Production Trial Phase at a Foxconn Plant." The report's source was the tech publication The Information that posted a very detailed rumor report on Foxconn working with Apple to develop semi-transparent lenses for its future AR devices. The report claimed that the lenses had passed the prototype stage in May 2020 though  at least two years away from mass production.

Seven months later and we're now reading a completely different rumor from Nikkei Asia that Apple is partnering with TSMC to develop ultra-advanced display technology at a secretive facility in Taiwan.

The report adds that Apple plans to develop micro OLED displays -- a radically different type of display built directly onto chip wafers by collaborating with chip supplier TSMC because micro OLED displays are not built on glass substrates like the conventional LCD screens in smartphones and TVs, or OLED displays used in high-end smartphones. Instead, these new displays are built directly onto wafers -- the substrates that semiconductors are fabricated on -- allowing for displays that are far thinner and smaller and use less power, making them more suitable for use in wearable AR devices, according to sources familiar with the projects.

The micro OLED project is now at the trial production stage, sources said, and it will take several years to achieve mass production. The displays under development are less than 1 inch in size.

The project is one of two being conducted at Apple's secretive labs in Longtan District in the northern Taiwanese city of Taoyuan. In addition to micro OLED displays, the company is also working on micro LED technology, and has trial production lines in place for both types.

Apple's complex in Longtan Science Park consists of several unmarked white buildings (Like our cover graphic) with no corporate logo or address on the outside, and only a very faint apple symbol could be seen in the lobby, Nikkei reporters saw on a recent visit.

Apple registered a company at the park in 2014, and expanded it in 2020. The complex is within walking distance of TSMC's advanced chip-packaging and testing plant, which is located in the same science park.

Apple has reportedly hired dozens of veterans from Taiwanese display maker AU Optoelectronics to work on the micro OLED project, one of the sources familiar with the situation said, as well as display experts from Japan and elsewhere. Anyone who signs up to work on the program must sign a strict non-disclosure agreement that forbids them from even meeting with friends or acquaintances working in the tech industry, the source added.

Apple's other display project at the Longtan campus focuses on micro LED technology, which the company hopes to eventually use in the Apple Watch, iPads and MacBooks. Apple has partnered with Taiwanese LED company Epistar to co-develop the technology.

Like micro OLEDs, the micro LED project also involves some chip manufacturing technology. The components are 100 times smaller than those used in LED lighting products and they do not need backlight modules like traditional LEDs and LCDs, meaning the display can be much thinner.

"Not every technology that Apple develops will be introduced or actually used in its products, but the company could strategically apply patents for its own patent portfolio and technology advancements to gain more control in the next generation technologies," one of the people said. For more on this read the full Nikkei Asia report.

We first learned of the Apple project relating to developing MicroLED displays led by Jony Srouji  from a Bloomberg report on Monday.

Did Apple conduct display trail runs with both Foxconn and TSMC? Within 7 months we've now read about two deeply colliding rumors. Perhaps over time one of the rumors will be weeded out, as both have compelling stories behind them.