Home Archives Contact Us Subscribe Twitter MeWe Facebook Patently Mobile
Epic Games must wait for their U.S. Case with Apple to end before being able to file a complaint with the UK Antitrust Tribunal
Apple has Won a Patent for 8K Foveated Displays for a Future Mixed Reality Headset 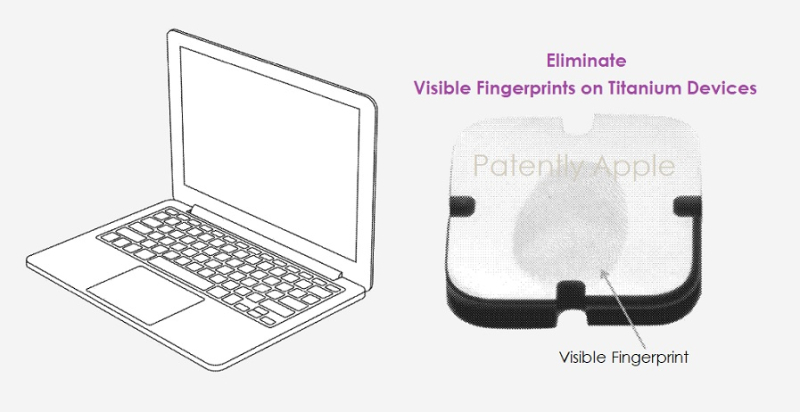 Apple's research into the use of titanium in future Apple Devices was made public back in 2017 . In January 2021 we posted an IP report Titled "Apple explores the use of Titanium, Titanium Alloys and Hybrid Plastics for Future Devices." Today the U.S. Patent and Trademark Office officially granted Apple a patent relating to oxide coatings for metal surfaces, including surfaces of titanium and titanium alloys. The coatings can include an oxide film configured to reduce or eliminate interference-coloring effects brought upon by fingerprints or other thin films.

In Apple's patent background they note that titanium and its alloys are well suited to the manufacture of consumer electronics due their high strength, stiffness and hardness. For example, the relatively high hardness of titanium makes it resistant to scratches, and its stiffness makes it durable enough to withstand bending. In addition, titanium is inherently more corrosion-resistant than certain other alloys.

One of the disadvantages of using titanium and its alloys, however, is that oil from fingerprints can be readily seen on bare titanium and titanium alloy surfaces, leaving unattractive marks on the consumer electronics.

The nature and volume of the fingerprints can be factors, but even clean fingers can leave a relatively dramatic mark on titanium surfaces. Conventional oleophobic coatings used to reduce fingerprinting on glass are designed to repel fingerprint oil. However, these types of coatings can be of little benefit on titanium surfaces, and can even detract from the cosmetic look and feel of a product. What are needed therefore are improved cosmetic surface finishes for titanium and its alloys.

Apple's patent covers various embodiments that relate to coatings for metal surfaces, such as surfaces of titanium and titanium alloys. In particular embodiments, the coatings are oxide coatings that are configured to reduce or eliminate the appearance of fingerprint smudges or other surface artifacts. 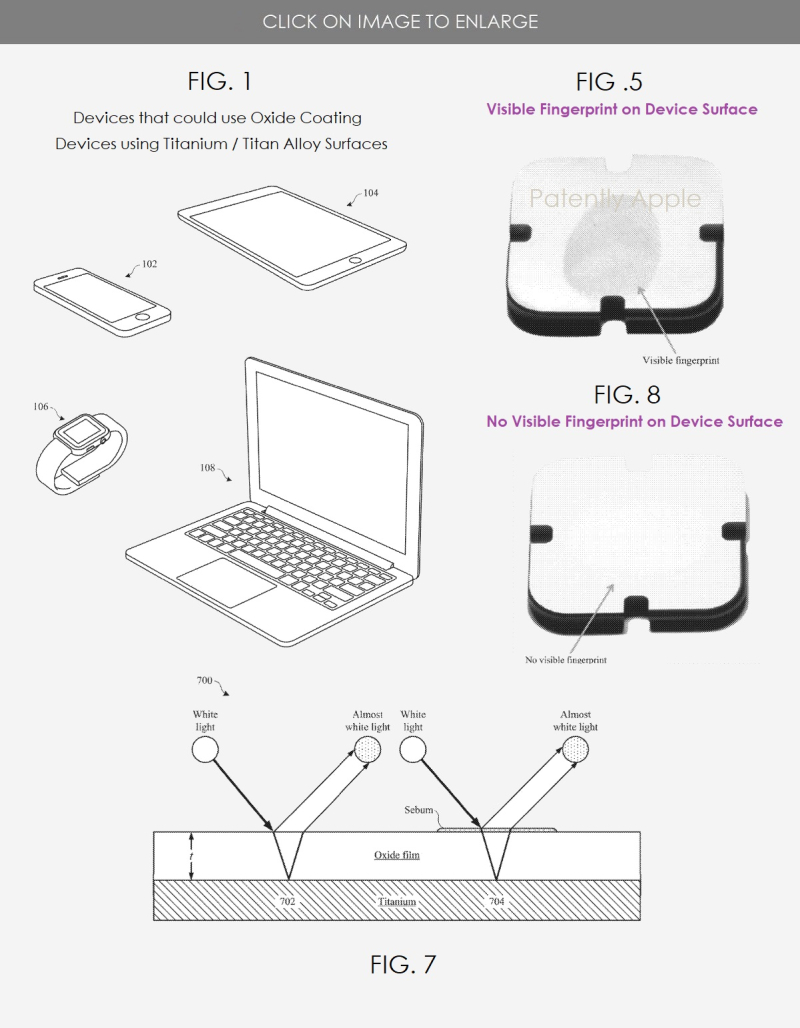 Apple's patent FIG. 7 above illustrates a cross-section view of a part composed of a titanium substrate having a fingerprint-hiding oxide coating.