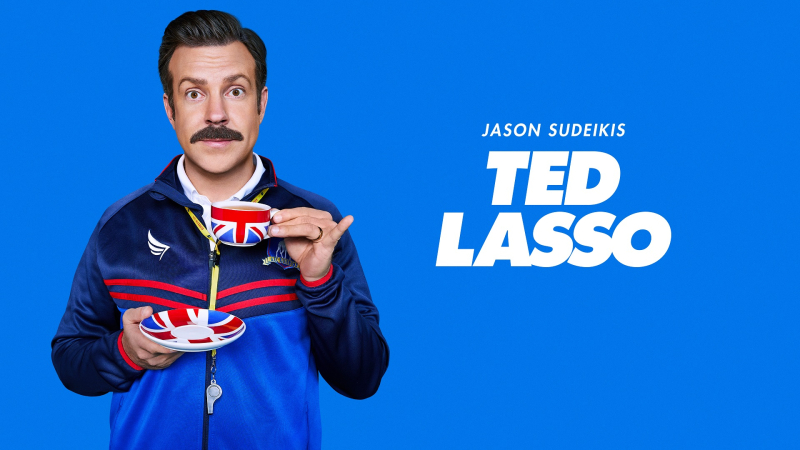 Apple has sent out a press lease this afternoon touting the success of their Apple TV+ Series 'Ted Lasso." Apple noted that since the show debuted six months ago, Apple’s hit original series has become a standout among fans and awards voters around the world.

The AFI Award-honored Television Program of the Year and freshman comedy series has landed awards nominations from SAG, the Hollywood Foreign Press Association and the Writers Guild of America, in addition to the previously announced honors from the Critics Choice Association. Series creator and star Jason Sudeikis also received his first-ever Golden Globe and SAG Award nominations for his role, and the cast has been nominated by the Screen Actors Guild for Outstanding Performance by an Ensemble in a Comedy Series.

The nominations in the comedy series categories follow Apple’s Emmy, SAG and Critics Choice Award wins last year in the drama series categories for "The Morning Show," which also received Golden Globe Award nominations last year for Outstanding Television Series, Drama, as well as Outstanding Performance by an Actress in a Drama Series for stars Jennifer Aniston and Reese Witherspoon.

Breakout hit comedy series “Ted Lasso” has struck a chord with audiences, and has been lauded across a number of voting groups and been named one of the “Best Shows of 2020” by countless publications, including The New York Times, Los Angeles Times, USA Today, NPR, The Atlantic, Variety, Indiewire, Entertainment Weekly and People Magazine.

Following its Premiere in August 2020, "Ted Lasso" has been Honored with:

Television Programs of the Year – WINNER

Outstanding Performance by an Ensemble in a Comedy Series

For those that have yet to see the series, the critically acclaimed Apple Original comedy series "Ted Lasso" stars Jason Sudeikis as Ted Lasso, a small-time college football coach from Kansas hired to coach a professional soccer team in England despite having no experience coaching soccer. In addition to starring, Sudeikis serves as executive producer, alongside Bill Lawrence via his Doozer Productions, in association with Warner Bros. Television and Universal Television, a division of NBCUniversal Content. Doozer’s Jeff Ingold also serves as an executive producer with Liza Katzer as co-executive producer. The series was developed by Sudeikis, Lawrence, Joe Kelly and Brendan Hunt, and is based on the pre-existing format and characters from NBC Sports.