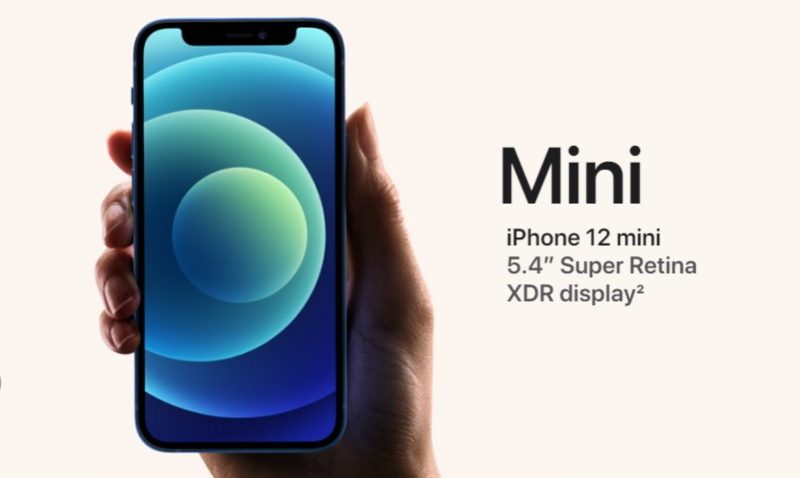 Back on January 22 Patently Apple posted a report titled "Apple cuts iPhone mini orders with Pegatron while boosting iPhone orders for the iPhone 12 Pro Series with Foxconn." The report noted that Stanley Morgan's Katy Huberty had made public that Apple had slashed iPhone 12 mini orders by 30%.

Although there are some die-hard Apple fans who yearn for the one-handed style iPhone mini, reality is hitting home that world has moved on. Today Reuters is reporting that the iPhone 12 mini only captured 5% of overal iPhone sales in the first half of January. It's not really all that surprising that smartphone users have switched to larger devices in recent years as they devour more video content on-the-go and binge on visually rich social media platforms like Facebook, Instagram, Tiktok and Snapchat.

The Counterpoint chart below illustrates that smaller screen smartphones represented half the market back in December 2018 and over the last two years has shrunk to about 10% of the market. Apple must have thought that they could buck the trend and in the end, even Apple couldn't convince consumers to buy the mini in bigger numbers. 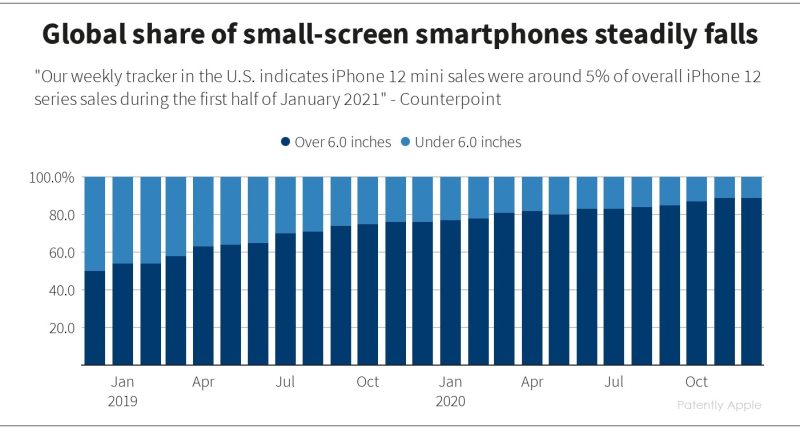 J.P. Morgan analyst William Yang said in a note last week that weak demand for the smaller iPhone 12 and 12 mini might lead Apple to stop production of the mini in the second quarter.

Yang added that "The product mix adjustment is well expected by investors and should not be a negative surprise."

Although the mini failed to connect with more consumers, the good news for Apple was that there was added demand for their higher-end iPhones which are more profitable. Last month, the Cupertino, California-based company reported $65.60 billion in quarterly revenue from its iPhones business (expand the SCRIBD document in our report to see this figure), beating a record it had set three years ago. Read the full Reuters report for more.