Visibility of vehicles on the road is paramount to safety of drivers. In low visibility conditions (e.g., fog, dust, snow or smog), a driver's inability to see other vehicles or road hazards increases the risk of a collision. Vehicles can mitigate the risk of collision by utilizing additional systems such as radar systems, vision-based cameras and light detection and ranging (LiDAR) cameras. Certain road or weather conditions can affect the effectiveness of these systems, such as water vapor absorbing or scattering light, thereby reducing proper detection of vehicles. The effectiveness of these systems can be improved by improving detectability of the vehicles.

Apple's patent FIG. 2 below illustrates a plurality of retroreflectors configured to reflect a signal in low visibility conditions. 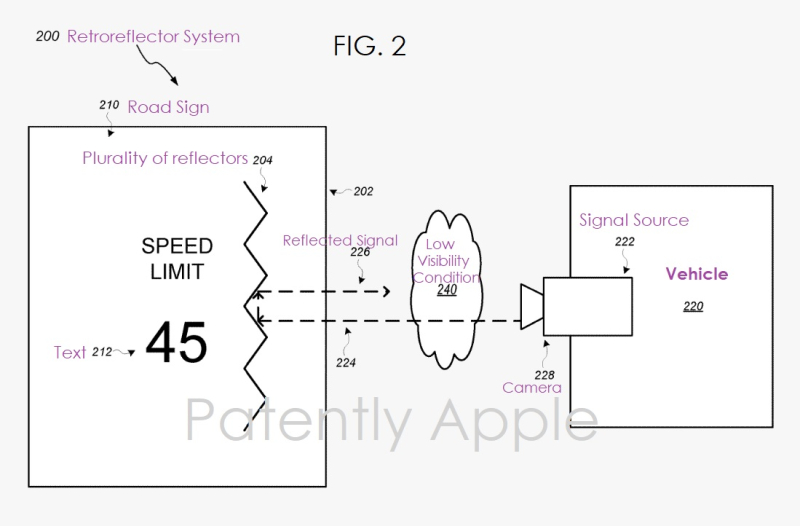 In some embodiments, the signal source (#222) may include an optical sensor, such as a camera, to read the text on the road sign. However, the camera may not be able to read the text 212 when a low visibility condition 240, such as fog, rain, snow, ice, nighttime, dirt, mud, a dust storm, haze, smog or any other visibly obstructive condition.

Another Project Titan related granted patent was published today under number 10,909, 389 titled "Traffic Direction Gesture Recognition." Patently Apple first covered this as a patent application back in March 2018 that you could review here. Below is one of the patent figures from that report. 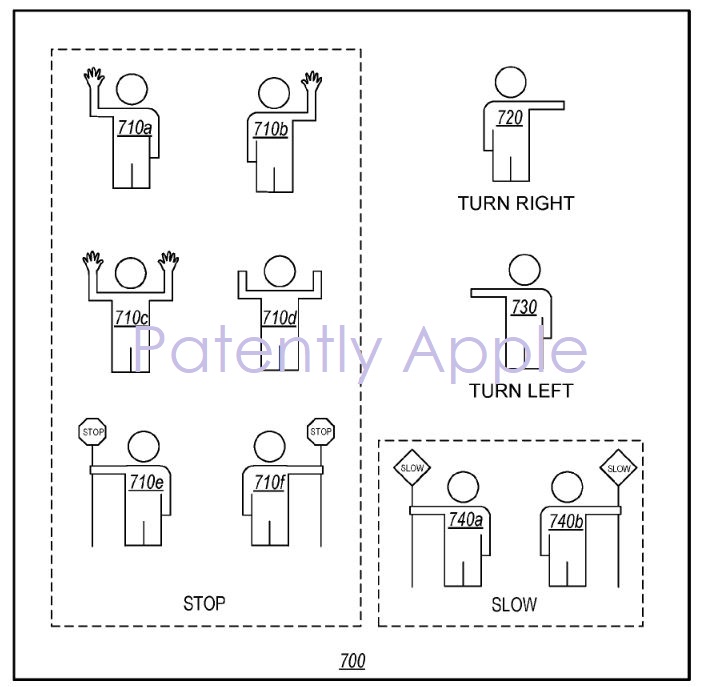