Home Archives Contact Us Subscribe Twitter MeWe Facebook Patently Mobile
Apple wins a VR Headset patent that describes the use of powerful cameras and connectivity to a Base Station such a Mac, Game Console +
Mysterious Malware has infected 30,000 M1-Based Macs Worldwide with concentrations in the US, UK, Canada, France, and Germany 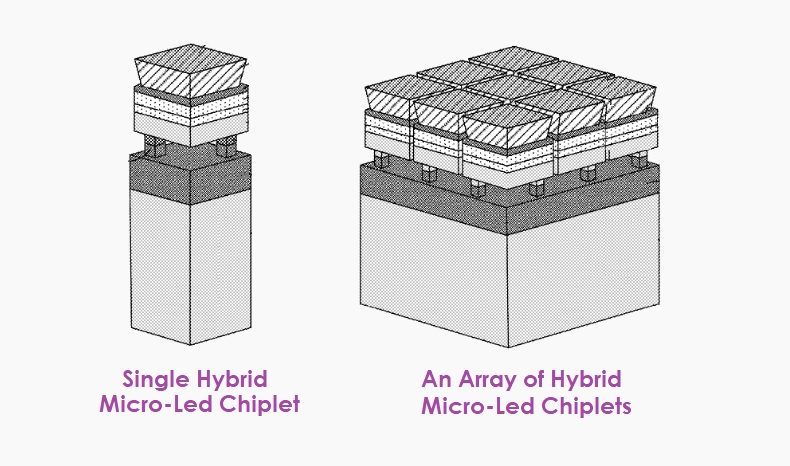 Last May Patently Apple posted a report titled "Rumor Claims that Apple has made a Massive investment in a new Plant in Taiwan to make Next-Gen LED based Displays." The report claimed that Apple would be investing over US$300 million on a new display plant to produce both mini and micro-LED displays. Then last September Apple won a micro-LED patent relating to a display for a future fitness band. This was followed by a published patent application last October covering a micro-LED display that incorporated solar cells.

Last week Apple was granted a patent by the US Patent & Trademark Office titled "Stacked hybrid Micro-LED pixel architecture." According to Apple, devices that could use micro-LED displays include, first and foremost, a television followed by an iPad, iPhone, MacBook, iMac, an Apple Watch or large signage displays.

For those that don't remember, there was a real buzz in the air about a future Apple HDTV back in 2013. Below is a smiley Tim Cook talking about TV being stuck in the past with the MSNBC host. The video is set to begin when that topic of conversation came up.

Since that time Apple introduced Apple TV the digital media box and Apple TV+ a subscription service. Could a next-gen HDTV from Apple be on the table at some point in time?

Lately, I've  seen that Apple has included the listing of "Television" into some of their trademark class definitions that weren't in the past. One for Apple Music listed television 6 times. Another was the 2020 update to the trademark for "Think Different."

In January we reported that Samsung was taking a huge leap forward this year with micro-LED displays for their 2021 televisions this fall. So the the future of TV is leading to micro-LED.

So, it's interesting that Apple actually placed "television" as the first device that could take advantage of micro-LED displays, in the second paragraph from the bottom of the granted patent. On the flipside, industry analysts believe that Apple could first use this kind of display in an Apple Watch. 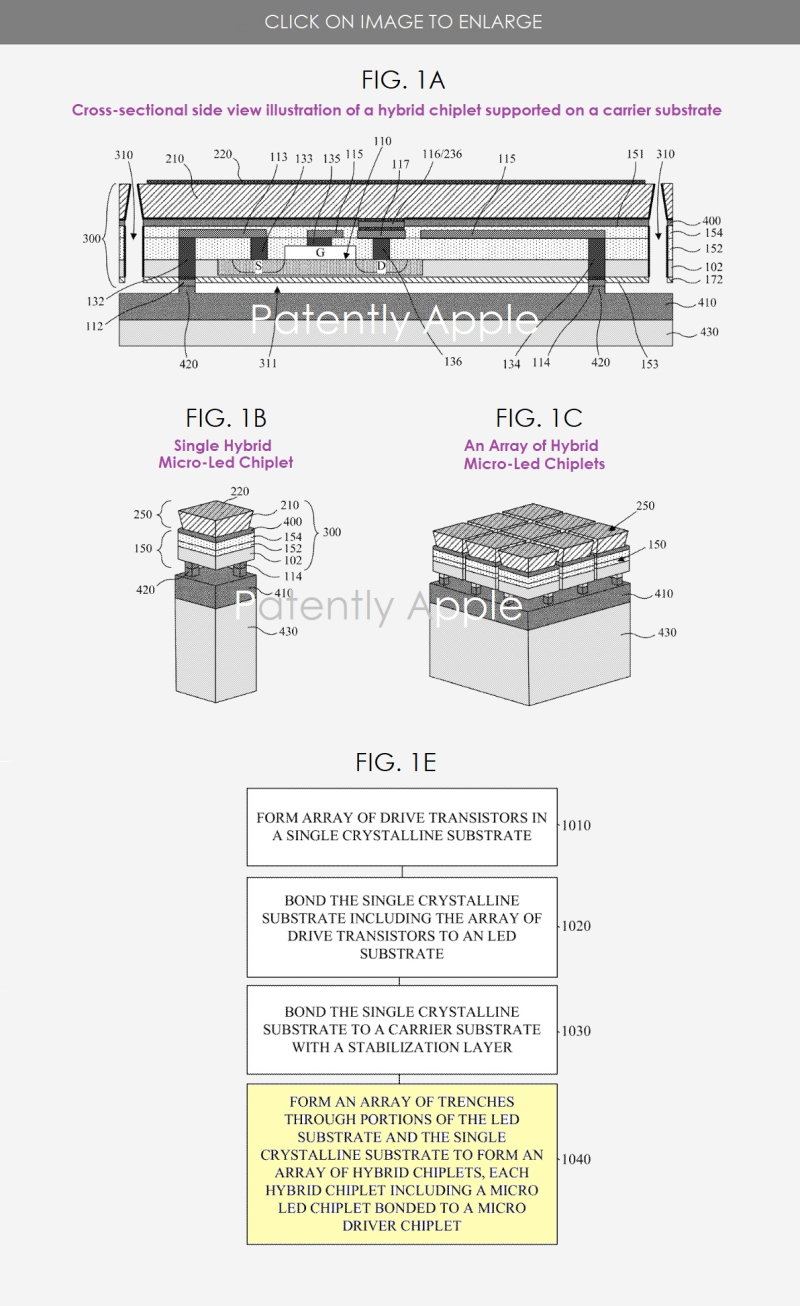 Apple's patent FIG. 1E above is a flow chart illustrating method of forming an array of hybrid chiplets.

Apple's granted patent is highly technical and could only be appreciated by those that are engineers or display experts. Average consumers will find this a very difficult read. The first paragraph under "Detailed Description" reads:

"Embodiments describe hybrid chiplets and display systems. In an embodiment, a hybrid chiplet includes a micro driver chiplet including a drive transistor, and a micro-LED chiplet bonded to (and stacked on) the micro driver chiplet. In essence the hybrid chiplets are portions of a display subpixel including a ".mu.LED" and its own drive transistor that is stacked underneath it, taking up no additional display area. In accordance with embodiments, at least one drive transistor is fabricated using semiconductor integrated circuit (IC) type material (e.g. high quality monocrystalline silicon such as an epitaxial device layer) and process to achieve a higher carrier mobility and lifetime compared to that achievable with TFT processing techniques, and hence also satisfy the current requirement for driving the .mu.LED. In accordance with embodiments, the vertical .mu.LEDs and drive transistors are fabricated on separate temporary carrier wafers and then bonded together using metal-metal compression bonding. A vapor HF process may be used to form separate hybrid chiplets, each including a stacked .mu.LED and drive transistor. The hybrid chiplets may then be picked up with a mass transfer tool and bonded onto a pre-fabricated display backplane in which other parts of the subpixel circuitries have already been fabricated, for example, using thin film processing techniques."

If you want more enlightenment or pain, depending on your technical skill level, review Apple's granted patent 10,923,023 for the finer details.