Home Archives Contact Us Subscribe Twitter Facebook Patently Mobile
Another Project Titan Rumor: Apple is shopping for LiDAR Sensor Suppliers for a future Vehicle
The Apple Watch has entered a new heart study that will investigate whether it could provide Early Warnings of Heart Failure

Apple TV+ News: 'The Mosquito Coast' Series Debuts on April 30 while the Dramedy Series 'Physical' will Premiere this Summer 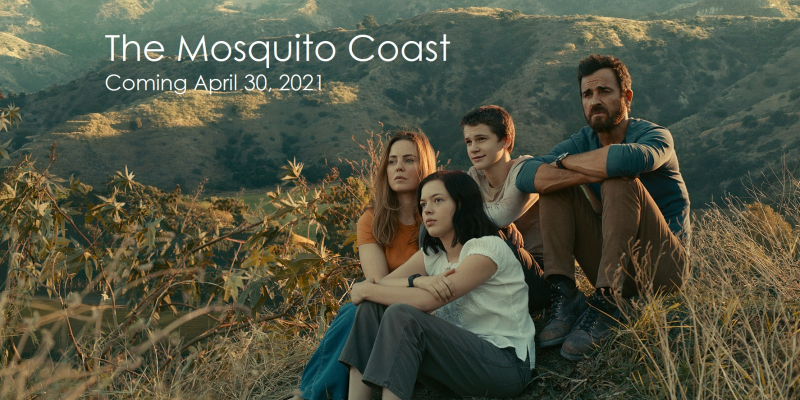 Today Apple TV+ announced news on two new series that are on their way. Today we're learning that the 7-part drama series titled "The Mosquito Coast" starring Justin Theroux, Melissa George, Logan Polish and Gabriel Bateman, will premiere globally with the first two episodes on Friday, April 30. The news was unveiled today at the Television Critics Association Winter 2021 Press Tour, along with a first look at the Apple Original series.

The Apple TV+ series "The Mosquito Coast" is a gripping adventure and layered character drama following the dangerous journey of a radical idealist and brilliant inventor, Allie Fox (played by Justin Theroux), who uproots his family for Mexico when they suddenly find themselves on the run from the US government.

New York's film and TV gossip news site Deadline adds to the story that the lead character Justin Theroux said that he has a long history with the novel, as he read it as a kid.  This is about Allie Fox, his character, seen through a different prism" than the movie. In fact, the Apple TV+ series is considered a prequel to the original movie. Theroux added, "you’ll see the evolution of his character in subsequent episodes."

In prepping for the role,  Justin Theroux had conversations with Uncle Paul, the character of Fox loosely based on the former’s grandfather on his nimbleness. "He is not a man who spouses any specific philosophy. Allie would reject to seeing himself being portrayed in a high school play or even AppleTV," says creator Cross when asked how Fox’s anti-commercialism philosophy would consider an AppleTV series being made about himself. The series is from novelist and creator Neil Cross based on Theroux’s bestseller, which is celebrating its 40th anniversary this year.

News on the Dramedy 'Physical' 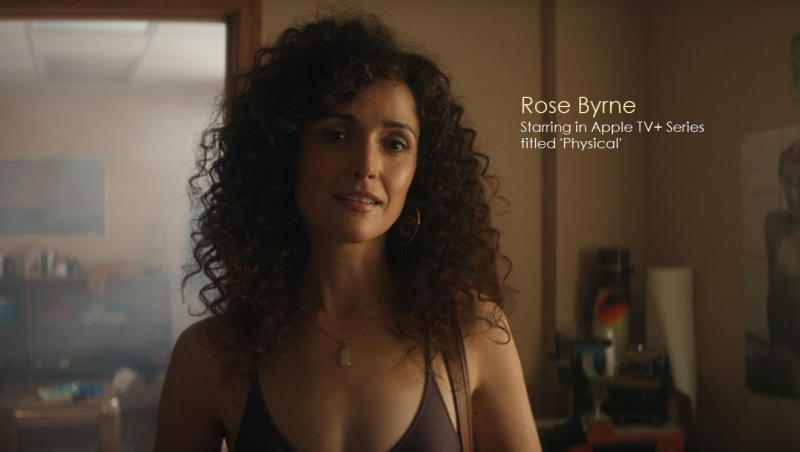 Set in the idyllic but fragile beach paradise of sunny 1980s San Diego, 'Physical' is a half-hour dark comedy following Sheila Rubin (played by Byrne), a quietly tortured, seemingly dutiful housewife supporting her smart but controversial husband’s bid for state assembly. But behind closed doors, Sheila has her own darkly funny take on life she rarely lets the world see. She’s also battling a complex set of personal demons relating to her self-image… that is, until she finds release through the unlikeliest source: the world of aerobics.

At first hooked on the exercise itself, Sheila’s real road to empowerment comes when she discovers a way to merge this newfound passion with the burgeoning technology of videotape to start a revolutionary business. The series tracks her epic journey from a stifled, overlooked enabler to a powerful, confident economic force, as Sheila transforms into someone we take for granted today (but was entirely radical at the time) – the female lifestyle guru.

"For All Mankind — Season 2 Starts Today

The second season of 'For All Mankind' premiers today. For All Mankind has jumped ahead to 1983. What was once a NASA lunar base the size of a typical New York studio apartment has ballooned into a massive complex capable of staffing dozens of astronauts at a time, and the space program has been further enmeshed with the American military under the Reagan administration.

Once again Apple TV+ disappoints by deciding to only provide subscribers with a single episode to kick off season 2.

With the quarantine finally over, the new season of “Mythic Quest” finds everyone back in the office (well, almost everyone), attempting to build upon the success of Raven's Banquet by launching an epic new expansion.