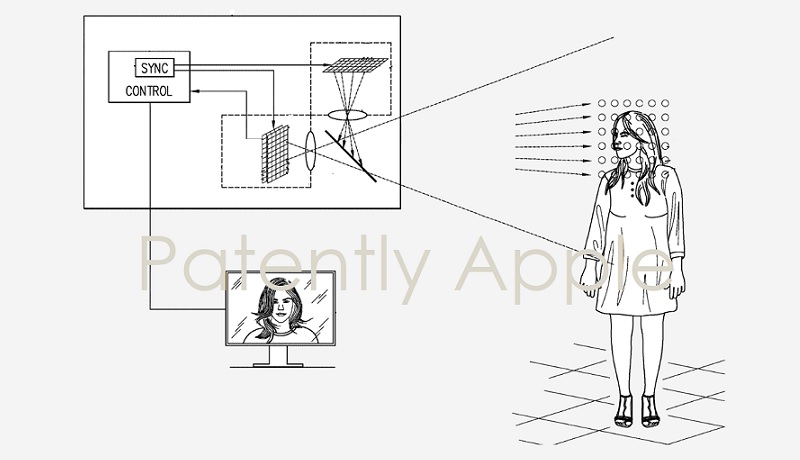 Today the US Patent & Trademark Office published a patent application from Apple that relates to depth mapping, and particularly to methods and apparatus for depth mapping using new indirect time of flight (iTOF) techniques that could benefit future Macs and more.

iPhone users today understand that Face ID requires that their face be fairly close to their iPhone, especially in low light, for Face ID to actually unlock their device. Such distances wouldn't work well on an iMac or MacBook today and that's why Apple uses Touch ID on the MacBook Pro.

Apple's main patent figure that's illustrated as our cover graphic illustrates a Face ID camera on an iMac that is capable of identifying a user at a much greater distance from the camera. The new camera system uses what's known as an "Indirect TOF (iTOF)" system.

The Face ID camera with iTOF will also be useful for AR/VR applications according to the UK "newelectronics" website. Using iTOF will increase depth accuracy at short, mid and long-range distances even in challenging ambient light conditions by using pulse modulation.

Indirect TOF (iTOF) systems, on the other hand, operate by modulating the amplitude of an outgoing beam of radiation at a certain carrier frequency, and then measuring the phase shift of that carrier wave in the radiation that is reflected back from the target scene.

The phase shift can be measured by imaging the scene onto an optical sensor array, and acquiring demodulation phase bins in synchronization with the modulation of the outgoing beam. The phase shift of the reflected radiation received from each point in the scene is indicative of the distance traveled by the radiation to and from that point.

Apple's invention covers an apparatus for optical sensing, including an illumination assembly, which is configured to direct a first array of beams of optical radiation toward different, respective areas in a target scene while modulating the beams with respective carrier waves having a common carrier frequency and different respective phase angles, which vary across the first array in a predefined spatial pattern.

Processing circuitry is configured to process the signals output by the sensing elements in order to generate a depth map of the target scene.

Optical indirect TOF (iTOF) systems that are known in the art use multiple different acquisition phases in the receiver in order to measure the phase shift of the carrier wave in the light that is reflected from at each point in the target scene.

For this purpose, many iTOF systems use special-purpose image sensing arrays, in which each sensing element is designed to demodulate the transmitted modulation signal individually to receive and integrate light during a respective phase of the cycle of the carrier wave.

At least three different demodulation phases are needed in order to measure the phase shift of the carrier wave in the received light relative to the transmitted beam. For practical reasons, most systems acquire light during four distinct demodulation phases. 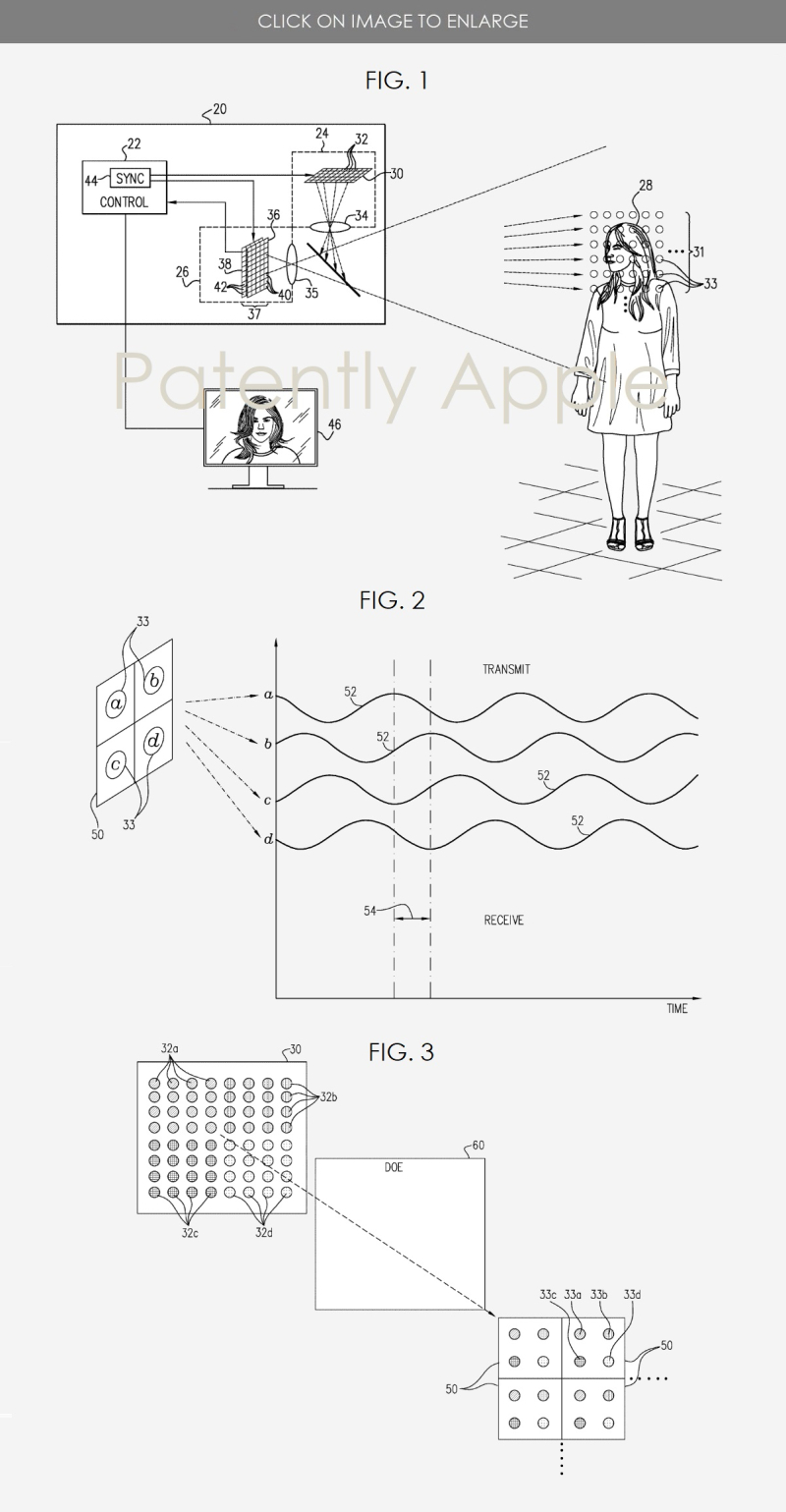 Apple's patent FIG. 3 above is a block diagram that schematically illustrates an illumination assembly used in a depth mapping apparatus, in accordance with the invention.