A little over a year ago, Apple's CEO Tim Cook characterized Augmented Reality (AR) technology as "The Next Big Thing." Beyond gaming, Cook touched on the practical side of life with AR by noting that there will be 'how-to' applications to help with practical hands-on tasks. Cook noted that "You may be under the car changing the oil, and you’re not sure exactly how to do it. You can use AR, to explain it all."

Today the US Patent & Trademark Office published a patent application from Apple that relates to synthesized reality (SR or AR) content consumption, and in particular, to systems, methods, and devices for tailoring an SR (AR) experience to a physical setting. Some examples provided describe how entertainment on something like Apple TV+ could take a huge leap in the decade ahead.

When a system uses image sensor(s) to capture images of the physical setting, and presents the AR setting on the opaque display using those images, the displayed images are called a video pass-through.

Apple's patent FIGS. 7A-7B below illustrate an example SR presentation scenario. In one you could see how there could be store layout and no products and with AR, the user will be able to see a store full of merchandise. 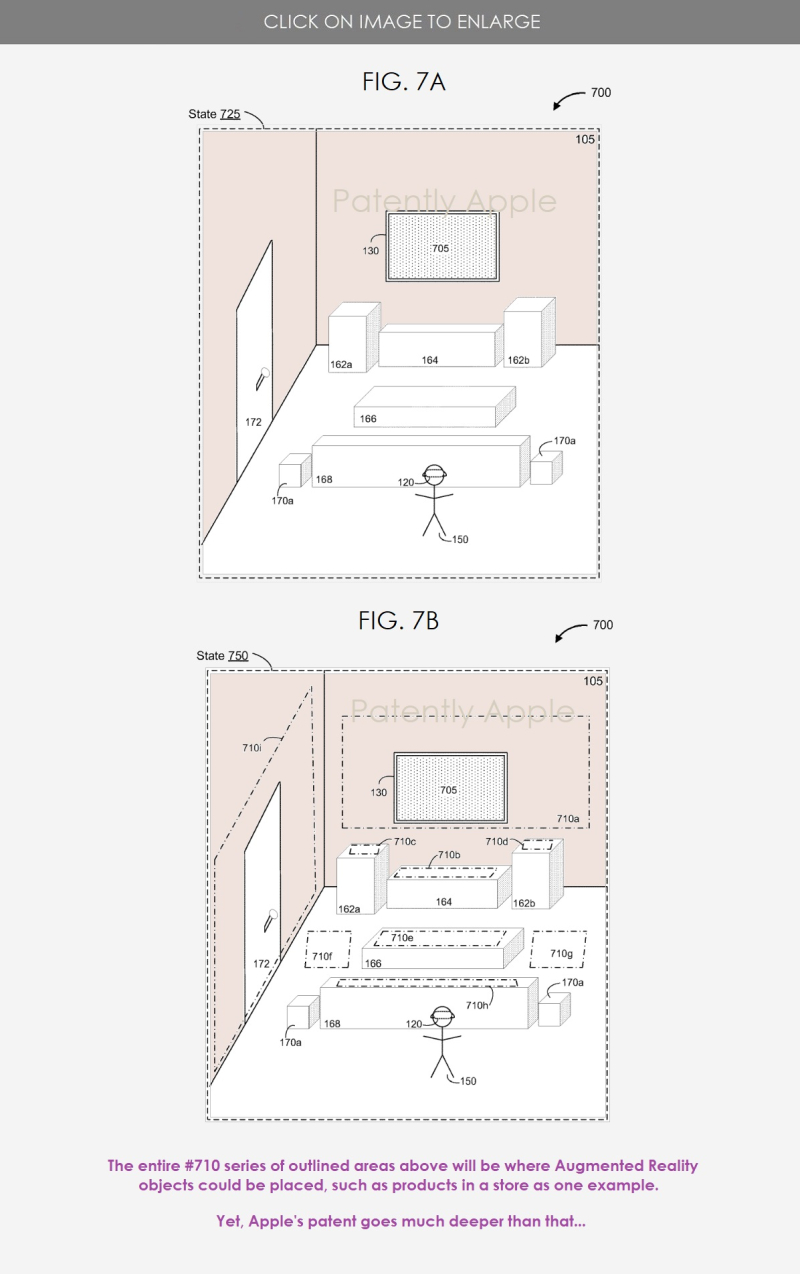 Yet Apple's example goes miles deeper than you'd expect. Apple notes that the HMD user will use a controller or an iPhone to detect a command issued by user to enter an SR experience associated with the video content.

In response to detecting the command, for example, the controller synthesizes a mesh map of the physical setting (#105) and detects planes within the mesh map.

Those wanting to deeper down the rabbit hole regarding the mesh map could read the details of this scenario beginning at patent point #0091 through to #0094.

The Next Great Thing: AR Entertainment

Then Apple dives into a series of possible future scenarios to illustrate how real AR is going to get in the future.

In one example, Apple notes that video content viewed on the HMD could correspond to a court room scene within a movie. Apple describes how users will be able to see the court room with lawyers, judge and all playing out as if it's all in the user's living room.

Another example describes how sports fans will be able to view a boxing match, viewing fighters sparring within a boxing ring with the crowd in the background yet seem as if the entire fight is within the user's living room.

Apple is providing us with a view of the future of AR that could play out on Apple TV+ content running on mixed reality headsets and it certainly sounds wild. Let's see how Netflix competes with that.

Apple's patent FIG. 8 below illustrates a flowchart representation of a method of tailoring an SR experience to a physical setting. 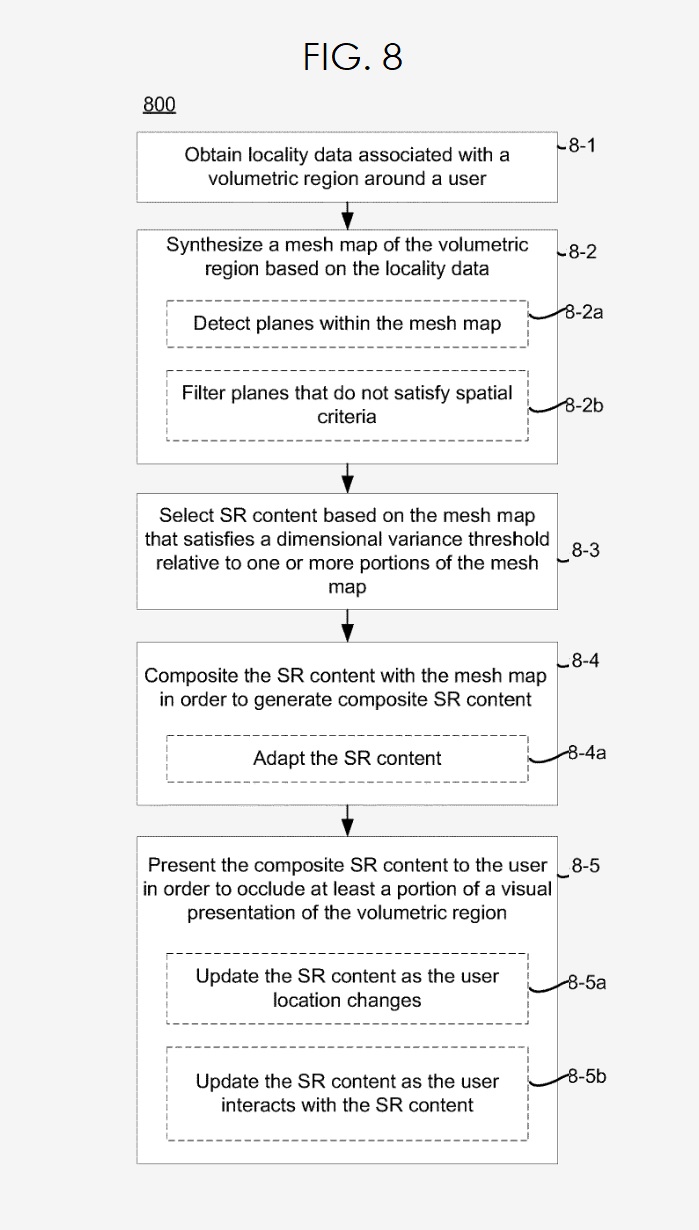 This is a lengthy patent filing covering a lot of territory. You could review the finer details by reviewing Apple's patent application number 20210056749.