Today the US Patent & Trademark Office published a patent application from Apple that relates to smart fabric buttons that could be integrated into future clothing items and Apple devices.

Apple has used fabric buttons for the iPad's Smart Keyboard and they may advance the use of smart fabric buttons in the future. Apple notes in their filing that electronic devices with fabric buttons may include wristwatch bands, keyboards, enclosures, portable electronic devices such as cellular telephones or laptop computers, wearable items, an item of clothing, a cover, a wearable structure, or other fabric-based structure. More specifically, Apple elaborates by noting that the wearable structures could include a strap, hat, glove, shirt, etc. 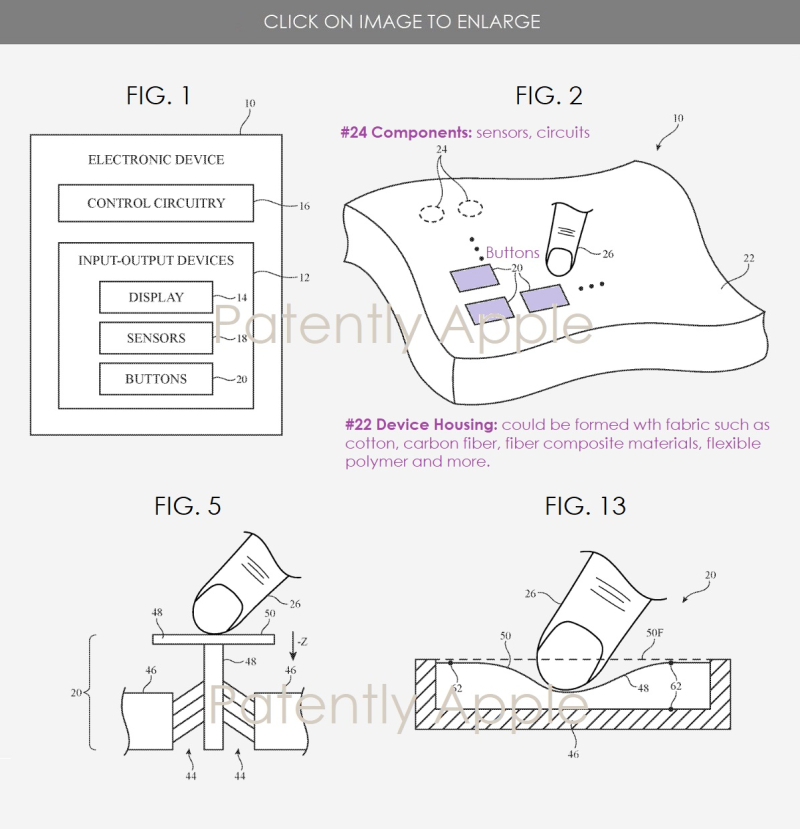