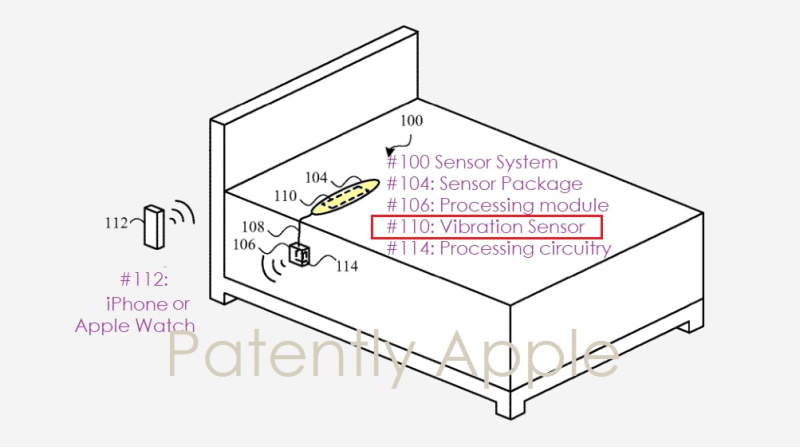 Apple acquired Beddit who invented a sleep monitoring system in May 2017. Then two years later Patently Apple covered a new patent application revealing a plan to advance Beddit's sleep monitoring system. The report was titled "Apple's work with Smart Bedding Systems is ongoing and it may Lead to a Specific Sleep Tracking App for Apple Watch."

Below is an old news report on Apple's acquisition of Beddit.

For the record, four of the six inventors listed on the patent are on Apple's Health team.

Timothy Weadon: R&D Scientist (worked on Beddit Sleep Monitor and Apple Watch 4). Weadon came to Apple from TE Connectivity where he was a Materials Scientist.

Two of the other inventors moved on. One health team member Zijing Zeng moved back to China to work with Oppo. One engineer from Beddit moved on to MuRata.

Patently Apple covered the original Beddit patent that we found in Europe and there's no mention of the monitoring of biological vibrations that is now being revealed in Apple's patent filing today.

In a first aspect, the present patent application describes a sensor system that includes a sensor stack, a differential amplifier, an analog-to-differential converter, and a processor.

The differential amplifier may be coupled to the first and second electrodes and be configured to generate a differential output indicative of vibrations sensed by the piezoelectric material.

The analog-to-differential converter may be configured to digitize the differential output.

The processor may be configured to identify a type of biological vibration included in the digitized differential output.

Apple's patent FIG. 1 shows an example of a sensor system that may be used to sense biological vibrations; FIG. 2 shows an alternative embodiment of the vibration sensor described with reference to FIG. 1. 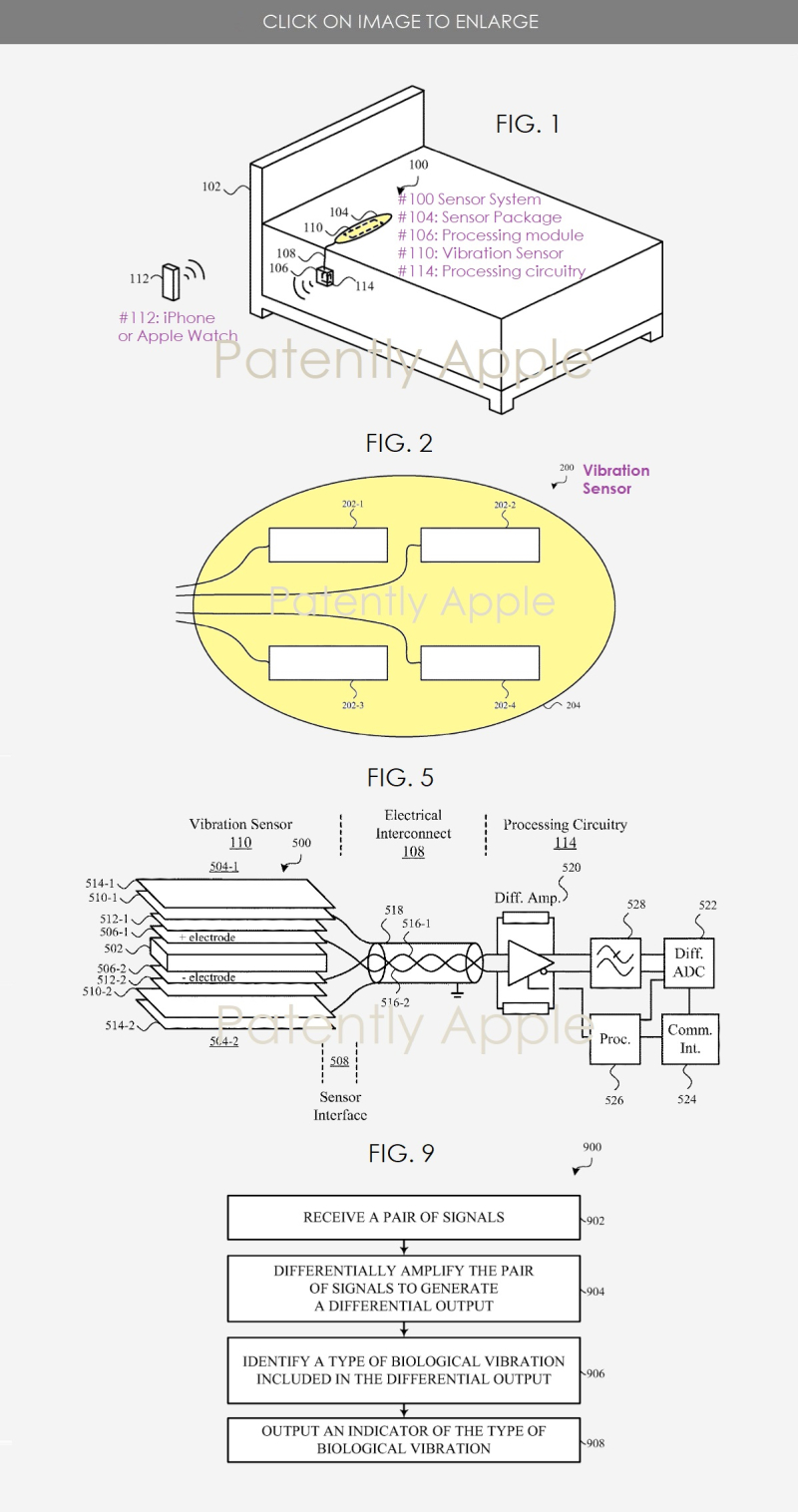 Apple's patent FIG. 5 shows an example embodiment of various components included in the sensor system; and FIG. 9 illustrates a method of monitoring biological vibrations of a user.

For finer details, review Apple's patent application number 20210041287. Considering that this is a patent application, the timing of any advancement presented in the filing being added to the Beddit system is unknown at this time. 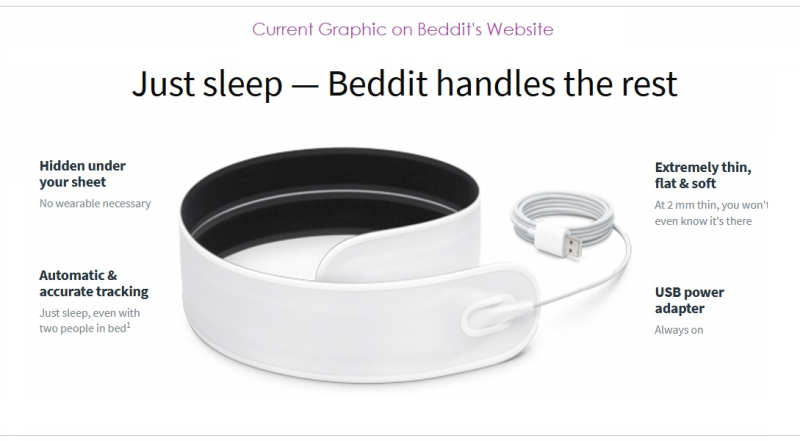