One of the hottest Apple rumors of late has been who will Apple partner with to build a future electric semi or fully autonomous vehicle. Before it arrives, Apple continues to file and win patents related to Project Titan.  Today the U.S. Patent and Trademark Office officially granted Apple three new Project Titan patents. The first covers a LiDAR detection & realtime heads-up display for vehicles. The second covers Apple vision for a future airbag system. The third covers a patent that relates to vehicle motion control.

LIDAR Detection and a Realtime Heads-Up Display for Future Vehicles

This first Project Titan granted patent relates to autonomous vehicle systems that use augmented reality (AR) system that provides depth information about objects in an environment.

In some scenarios, laser-based sensing technologies, such as light ranging and detection (LiDAR), can provide high resolution environmental data, such as depth maps, which may indicate the proximity of different objects to the LiDAR. 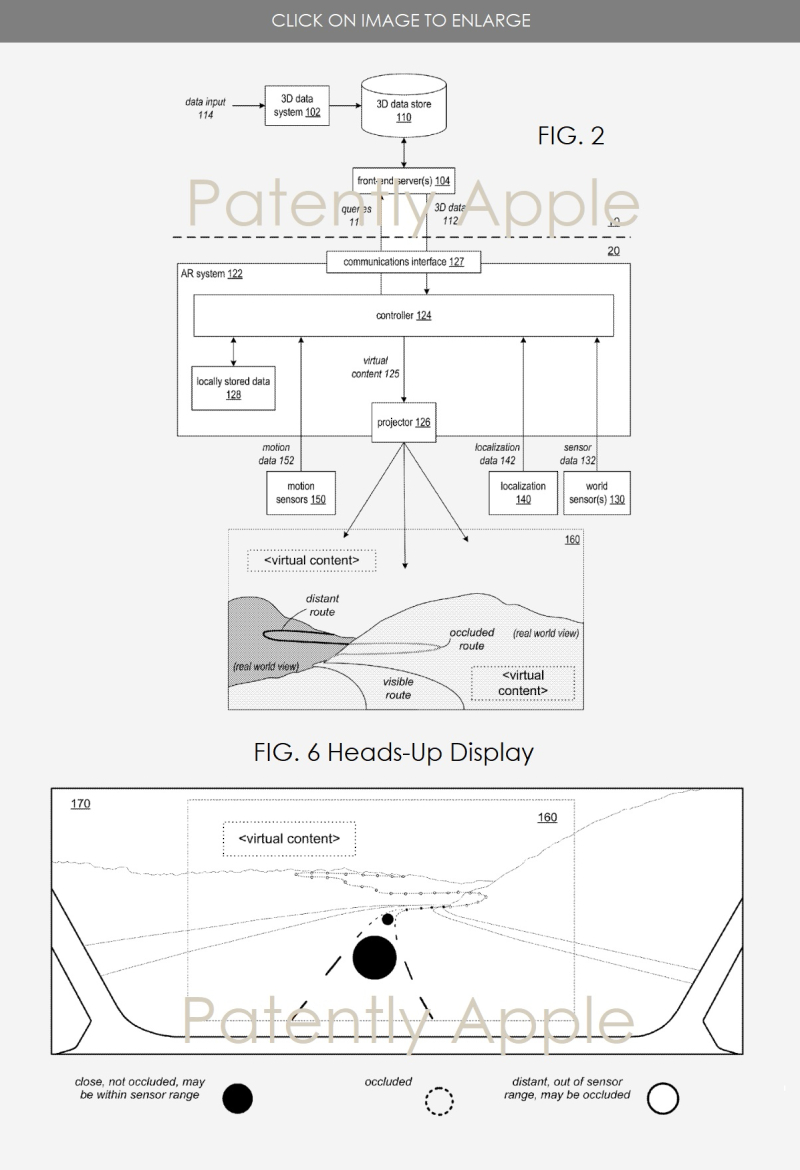 Apple's patent FIG. 5, illustrated in our cover graphic, illustrates a 3D mesh. FIG. 5 also shows virtual content (a route ribbon) overlaid on the mesh that includes a nearby, visible portion, and\ occluded portion, and a distant portion.

The second Project Titan invention / granted patent relates to advances in occupant safety systems suitable for use in non-traditional vehicles, such as vehicles including opposed seating systems and lacking traditional airbag packaging and reaction surfaces such as dash panels and steering wheels.

Apple's patent FIGS. 1A and 1B, 2A and 2B illustrate motions during a collision that could injure a passenger; FIG. 15 shows another partial cross section through a passenger compartment with an airbag system disposed within a door of a vehicle. 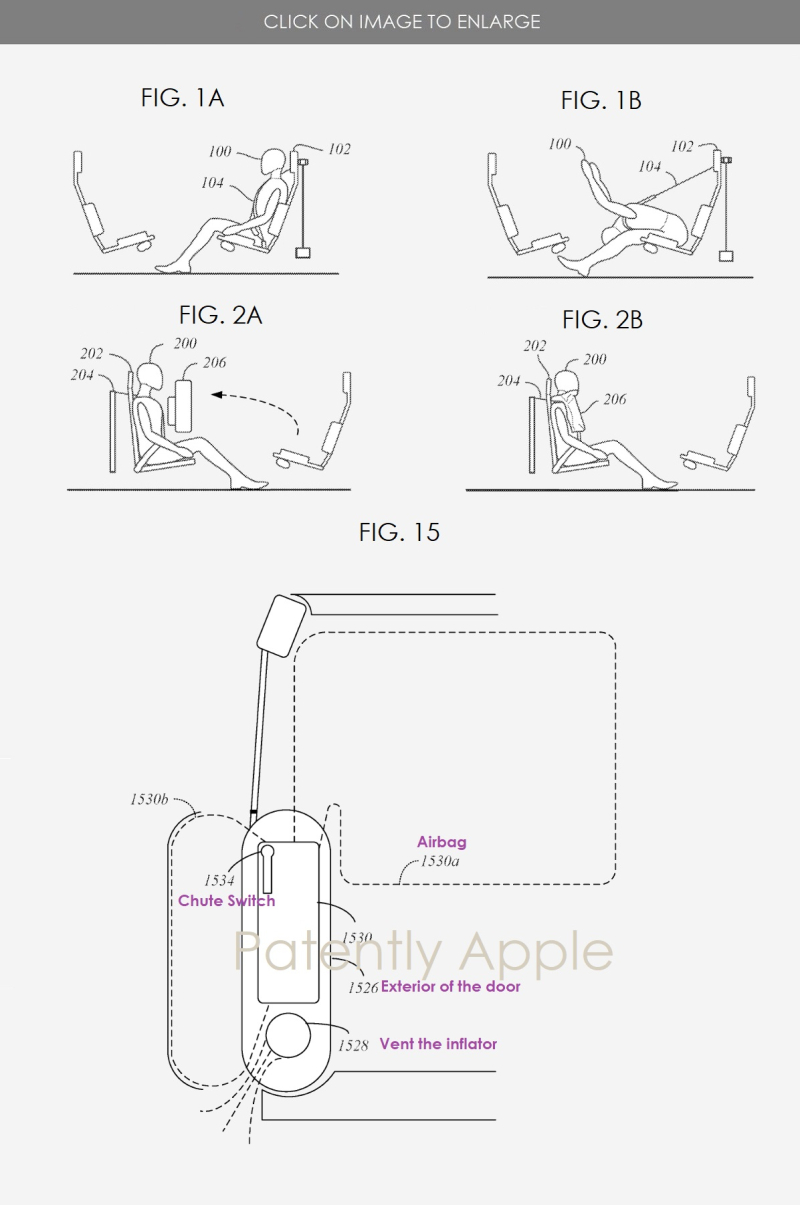 Apple's patent FIG. 15 above further shows another partial cross section through a passenger compartment with an airbag system disposed within a door (#1526) of a vehicle. The airbag system includes an inflator (#1528), an airbag (#1530), and a chute switch (#1534). Packaging the airbag system within a roof rail, along a belt line, or in any other location inclusive of a vehicle crush zone where the inflator may sustain damage, for example, during a collision, is also possible.

The desired states may be estimated based on driver inputs that imply an intended course for the vehicle, such as steering inputs. Upon determining that the vehicle has lost stability, the electronic stability control system can apply braking at the road wheels individually and/or request propulsion torque to regain stability.

For example, braking may be applied to the outer front wheel to counter oversteer or braking may be applied to the inner rear wheel to counter understeer. By minimizing the disparity between the desired chassis yaw rate and the measured chassis yaw rate, the electronic stability control system allows the vehicle to retain some degree of controllability. 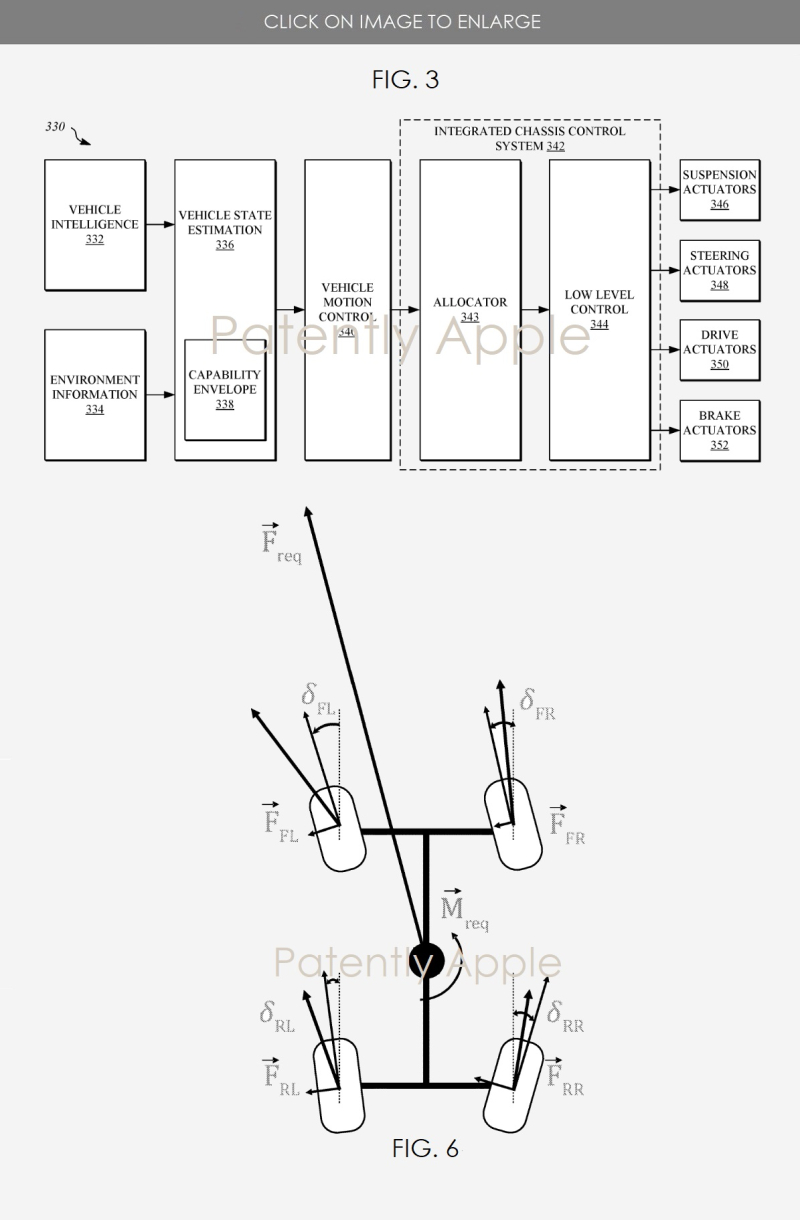