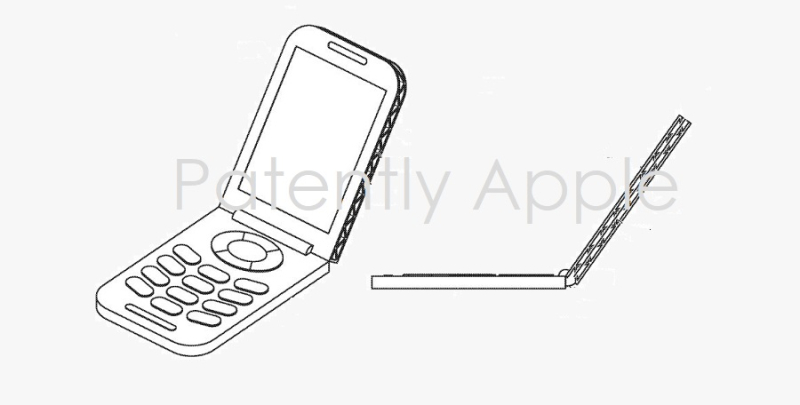 On Monday Front Page Tech, hosted by Jon Prosser, posted a video with one segment dedicated to rumors of a possible Flip-Style iPhone being developed. The video below is set to begin when that segment roughly begins.

Coincidentally, the US Patent & Trademark Office published a granted patent from Apple that, yes, describes an iPhone with a flip phone form factor.

Going back in time, Steve Jobs was listed as an inventor for the first iPhone that was really an iPod with rotary phone dial form factor. The patent was filed for in 2006 and granted in 2010. It was a patent to mislead and Steve Jobs illustrated the iPod with a rotary dial in his famous 2007 iPhone launch keynote as a joke. 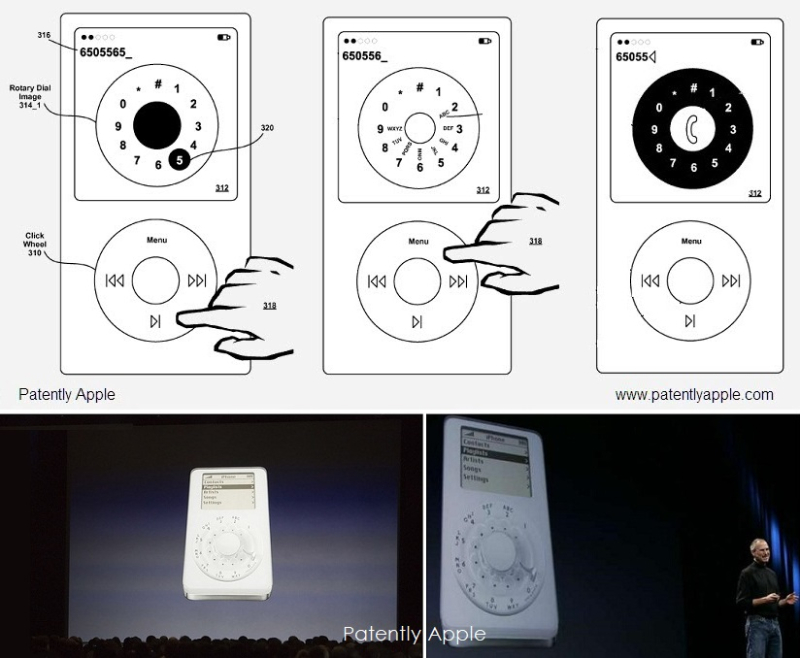 I bring this up because the bulk of the patent figures that Apple uses in their latest granted patent supports a flip phone that has dedicated buttons illustrated. Apple introduced the 2007 mocking the use of buttons and so, no, I don't believe that Apple will release a flip phone form factor with physical buttons.

Apple Later adds: "These components, along with the display that is positioned below the transparent cover, produce an input surface that may accept various types of physical inputs, such as swipes, gestures, touch inputs, presses, and the like."

Apple's patent FIG. 4 below illustrates a "clamshell-style" iPhone with uses a back side hinge mechanism. 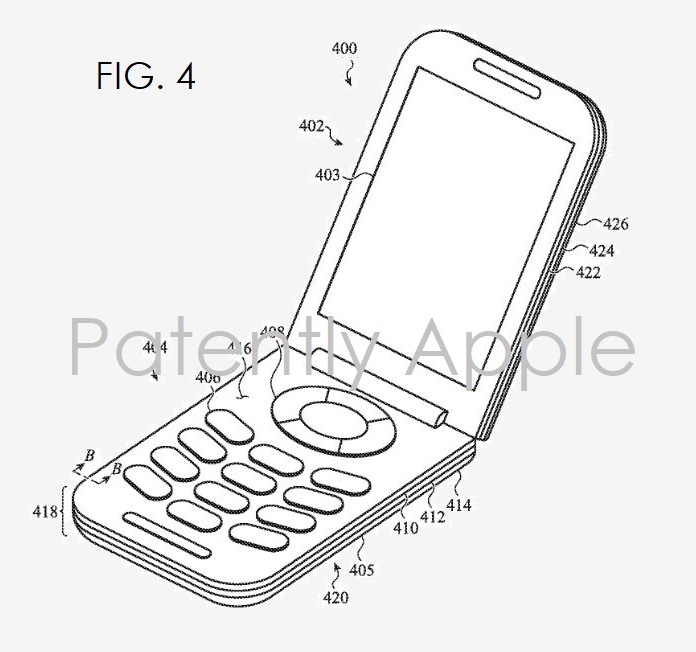 As an example, Apple points to the top case #410 and the bottom case #414 may be formed of metal (e.g., aluminum, stainless steel, zinc, titanium, etc.), and the intermediate layer #412 may be formed of a different material such as fiberglass, carbon fiber, plastic, polycarbonate, glass, a different kind of metal, or the like.

Apple's patent FIG. 19A below illustrates a composite structure integrated into a display portion to facilitate cooling of a display or other components of the electronic device. 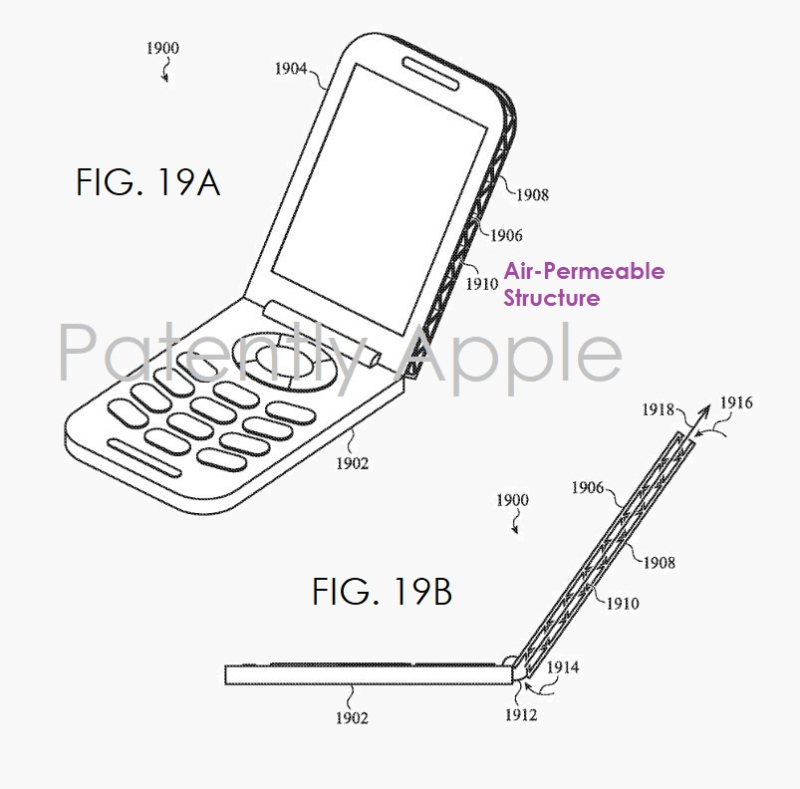 Apple further notes that the air-permeable structure #1910 of FIGS. 19A and 19B may be any suitable structure, such as a series of rods, filaments, shaped (e.g., corrugated) sheets, fibers, an open-cell foam, or the like, that extend between the front member #1906 and the back member #1908. The rods, filaments, fibers, foam, or shaped sheets may be formed from or include any suitable material, such as carbon fiber, polymer, metal, ceramic, polymer, composite materials, or the like.

For more details, review Apple's granted patent 10,915,151. Patently Apple originally covered this as a patent application back in April 2019.