Home Archives Contact Us Subscribe Twitter MeWe Facebook Patently Mobile
While the European Antitrust Chief applauded Apple's upcoming Privacy Feature, she also warned Apple not to cross anti-competitive lines
Apple Supplier LG Display will be expanding their OLED Plant in Vietnam next month at a cost of US$750 Million

Ari Naftali Melber is an American attorney and journalist who was the chief legal correspondent for MSNBC. Melber's show has become one of the most viewed shows online, with "13 million viewers per month on YouTube—the highest of any MSNBC show", according to the Daily Beast. Last week Apple filed for a trademark for "Nevuary Radio" the name of a radio show that Melber hosts on Apple Music. 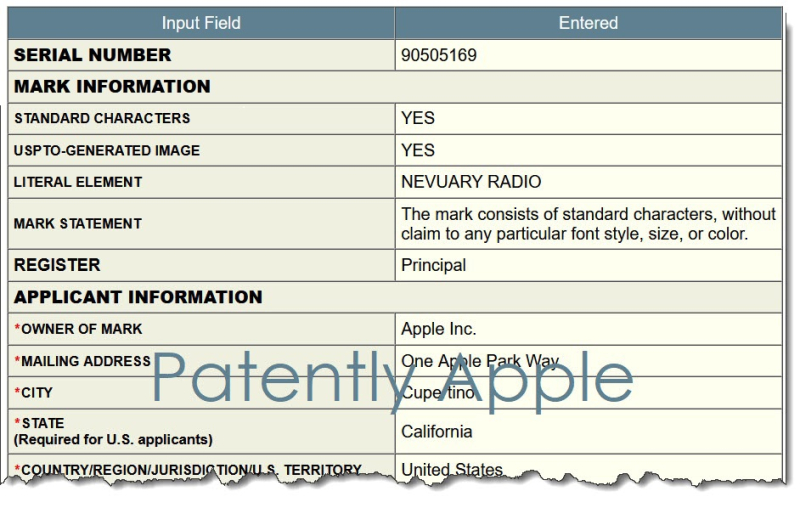 The U.S. Patent Office defines a specimen as being an example of how a company is actually using their trademark in the marketplace with the goods or services in their application. In this case Apple has provided an Apple Music page. 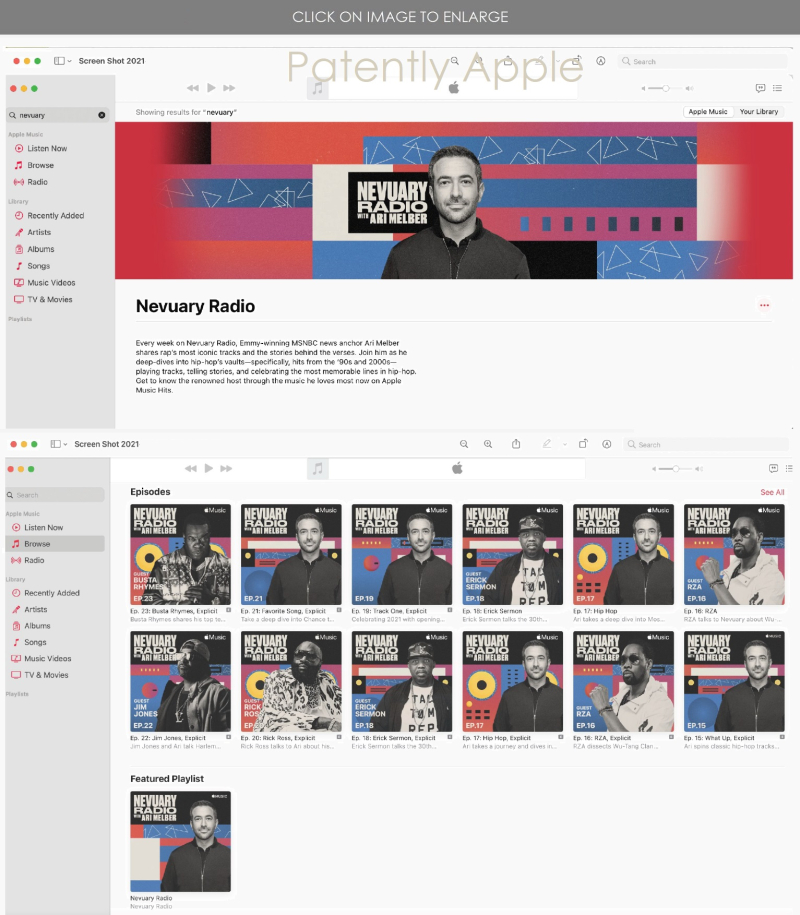