Home Archives Contact Us Subscribe Twitter MeWe Facebook Patently Mobile
Apple Complies with new law in France by adding a new 'Repairability Index' when buying iPhones and Macs from Apple Online
For the Sixth Consecutive Year, the Branding Management Firm 'Prophet' has listed Apple as the Top Global Brand for 2021 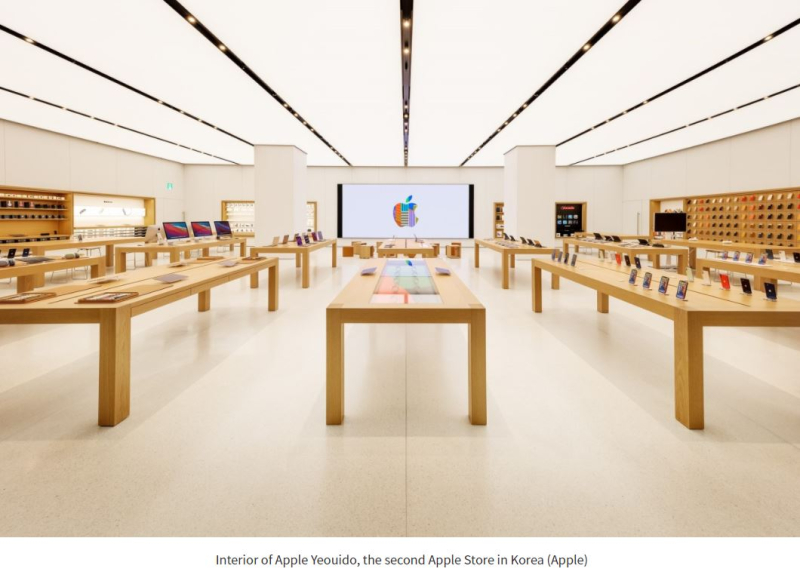 On February 19, Patently Apple posted a report titled "Apple's Push into South Korea is about to Boom with their Second Store in Seoul Opening soon with two additional Stores in-the-works." Today, a report out of Korea this morning revealed that Apple has opened its second Apple Store in South Korea today in a move to expand its presence in the main turf of archrival Samsung Electronics. Called Apple Yeouido, the second Apple Store is located on the L1 floor of IFC Mall in Yeouido, western Seoul, which is the epicenter of finance, politics and broadcasting.

According to The Korea Herald, "It is about the same size as the company’s first store, in Garosugil in southern Seoul, which opened in January 2018 and has become a must-visit spot for Apple fans here.

The logo for the Yeouido store was designed by local illustrator Yoony Suk, who was inspired by the skyscrapers of Yeouido. Apple Korea has hired 117 employees to run the store and respond to customers."

Statement by Deirdre O’Brien, senior vice president of retail and people at Apple: "The passion and enthusiasm of our Korean customers is an inspiration to all of us at Apple.  We are honored to continue our expansion in Seoul, having more than doubled the size of our team since opening in Garosugil, and we cannot wait to welcome our first visitors to Apple Yeouido." 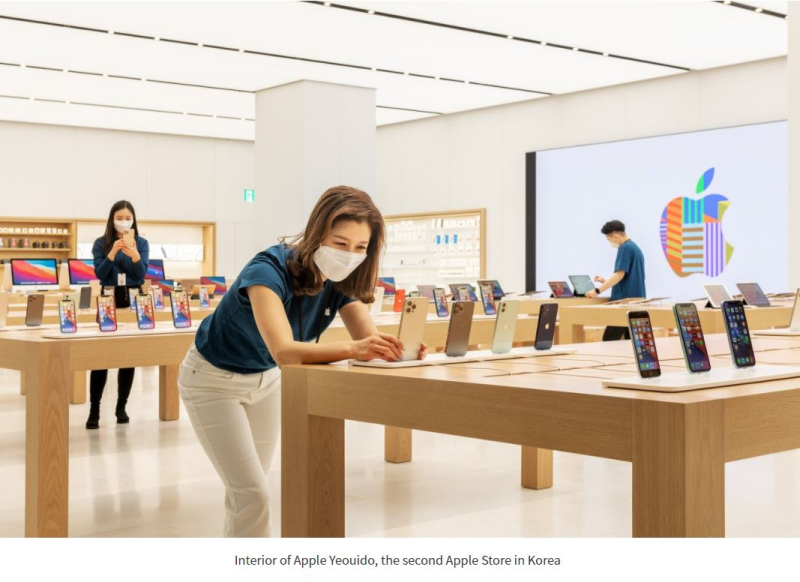 Since Korea is the first county with commercial 5G networks, Apple was been eyeing it as a target market to sell its first 5G iPhones, according to the report.

Presently Apple hasn't officially made the announcement on their news site with the traditional array of opening day photos. Until they do, there are more photos from a report by 9to5Mac today and you could check them out here.

The jumbo photo presented below from 9to5Mac shows a busy opening day, and at the top right corner of the photo, you'll see a new section that I've yet to see at my local Apple Store, a shelving unit for 'Apple Arcade' which is interesting.