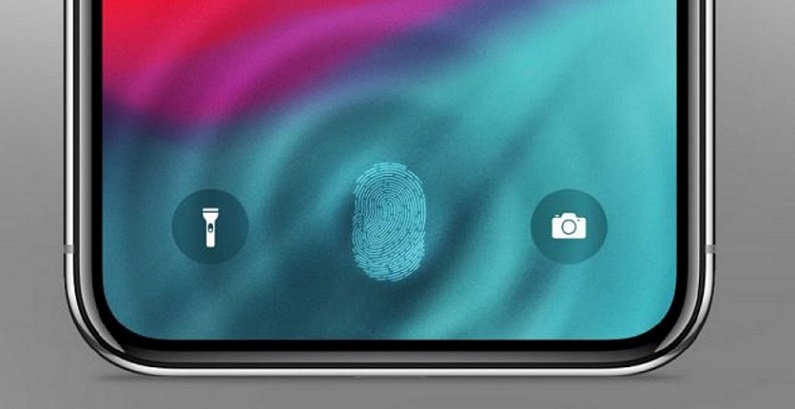 A long list of unfulfilled rumors have surfaced over the years claiming that next-gen iPhones would introduce in-display Touch ID as a secondary means of user authentication. 2021 has started off with a few more such rumors, especially since Samsung introduced their second generation ultrasonic fingerprint ID scanner with their new S21 Galaxy Ultra. The JerryRigEverything video below is set to start as the the new fingerprint scanner is revealed and reviewed.

The most recent Apple rumor on in-display Touch ID surfaced on Friday from veteran WSJ journalist Joanna Stern. Since wearing masks daily in public is an everyday exercise due to COVID-19, the iPhone's Face ID has become a useless feature, forcing iPhone owners to tap in their passcodes to unlock their iPhones. So if there was ever a time to offer in-display Touch ID, it would be 2021.

According to Stern, it was heard from a former Apple employee who cited that the company was working on optical sensor solutions rather than ultrasonic options which "can be more reliable." However, since an optical fingerprint sensor makes use of light to capture an image of the fingerprint, it is easy to fool. The reason is that the image being processed for authentication is 2D.

The type of technology that Apple could use is still questionable, regardless of the rumor-du-jour as Apple has been researching a few different methods over the years that they've filed patents for, such as these: 01 (optical); 02 (optical); 03 (optical fingerprint sensor with narrow field-of-view (NFV) collimator); 04 (Optical with angle-focused narrow field-of view (FOV) filtering); 05 (Ultrasonic Sensing) with others being published over the years that could be found in our biometric patent archives. Apple's team could create a hybrid of any of the methods that they've been researching and likely testing.

Will this be the year that Apple pulls the trigger on in-display or under-display Touch ID? With Face ID being useless due to COVID-19, it should be, it's logical, but it's not a guarantee.

With Apple having secured a series of patents on this technological front over the years, the chances are higher that this could finally materialize. Though for now, the definitive rumor has yet to surface that nails this feature to the iPhone 13 with a high degree of certainty.